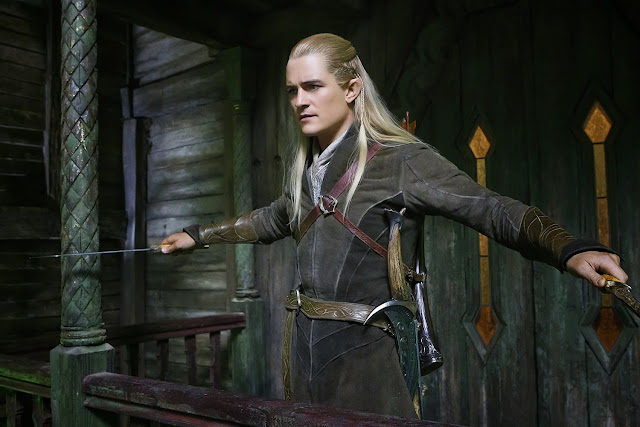 Virtually unknown in Hollywood, Orlando Bloom because a household name when he created the role of the bow-wielding Legolas in Peter Jackson’s Oscar®-winning “The Lord of the Rings” Trilogy.

He subsequently starred alongside Johnny Depp in blockbuster “Pirates of the Caribbean” trilogy, further cementing his popularity.

Now, Bloom returns to his career-making role of Legolas in Peter Jackson’s “The Hobbit: The Desolation of Smaug,” the second in a trilogy of films adapting the enduringly popular masterpiece The Hobbit, by J.R.R. Tolkien. 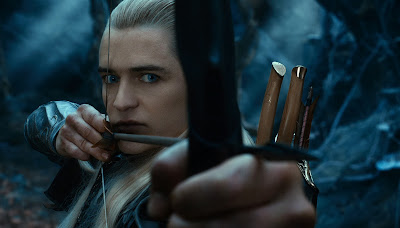 In the film, Legolas is the warrior-leader of the Elves of the Woodland Realm. Described by Tolkien as “more dangerous and less wise” than other Elves of Middle-earth, the Wood-elves under the rule of King Thranduil (Lee Pace) attack with ferocity, skill and rapid-fire bows.

Though the character of Legolas doesn’t appear in The Hobbit, the filmmakers felt that including him was a natural fit for the expanded narrative being brought to life in the film. Legolas Greenleaf is a Mirkwood Elf, the son of the Elvenking Thranduil, overseer of the Woodland Realm in the novel. “When Legolas shows up in `The Lord of the Rings,’ we learn that he’s Thranduil’s son,” Jackson explains. “So when we visit the Woodland Realm in this film, it seemed like a great opportunity to bring back Legolas, as we now have a full picture of Thranduil’s family tree. Elves are immortal, so the 60 years between the two stories doesn’t matter at all, and fortunately, Orlando doesn’t look as if he has aged a day in the last ten years,” the director adds with a smile. 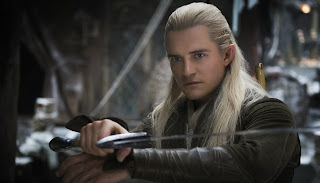 Bloom was delighted to once again take up Legolas’s bow more than a decade after his work in “The Lord of the Rings” Trilogy. “It’s amazing to be back,” the actor states. “‘The Lord of the Rings’ films were such a treasured experience for me, and I’m so happy to have the opportunity to return to this world and this character. And, better yet, I got into my old costume when I came back, and it still fit!”

When Bloom appeared on set styled in the hair, makeup and redesigned costume for Legolas, “It was like meeting a favorite character,” screenwriter-producer Fran Walsh recalls. “It really is a most wonderful thing to have Orlando come back all these years later and be Legolas again. Seeing this character that we all loved back in Middle-earth gave us the strangest sense of déjà vu.”

Though initially concerned about Legolas’ place in the tale, the character’s relationship to the Woodland Realm, along with the presence of the 13 Dwarves—one of whom, Gloin, is the father of his future Fellowship mate Gimli—set Bloom’s mind at ease. “We’re all conscious and respectful of fans of the book, and so I knew that Peter, Fran and Philippa wouldn’t stray too far,” he says. “What’s great about the story they’ve devised is that you see how he will go on to become the Legolas in ‘The Lord of the Rings.’ We also get an idea of where Legolas’s antipathy for Dwarves originates in this film. It creates a dynamic sense of history for the character.”

Jackson and his collaborators wanted to infuse the action with the kinds of iconic Legolas moments that became an audience favorite in the earlier Trilogy, which translated into intense training and stunt work for the actor. “He’s got some pretty cool moments,” Bloom says. “And I think that’s part of who ‘Leggy’ is. He comes in and doesn’t say much, pulls some moves and takes care of business. It’s a simple but effective plan.”

Comments stunt coordinator Glenn Boswell, “Orlando picks up on fight choreography really quickly, which was great since we often had only a short time to bring him up to speed before cameras rolled. He and Evangeline Lilly as partners were fantastic in terms of fighting. Each character has a different style, which is brilliant visually.”

A production of New Line Cinema and Metro-Goldwyn-Mayer Pictures (MGM), “The Hobbit: The Desolation of Smaug,” will be released in 3D, 2D and IMAX theaters in the Philippines by Warner Bros. Pictures on Dec. 11, 2013.