Search
Menu
Search
In line with its on-going 20th anniversary, Star Cinema together with Regal Films in Pagpag, Siyam Na Buhay – the only horror film to participate in the highly anticipated 39th Metro Manila Film Festival (MMFF) this December. 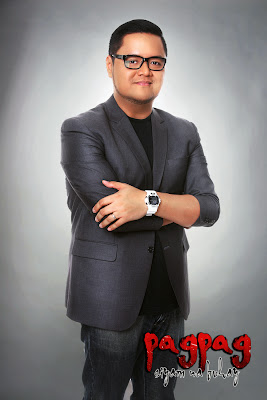 It should be noted that Pagpag is the debut MMFF entry of film and television director Frasco Mortiz whose previous credits include some of Star Cinema’s top-grossing films namely The Reunion and 24/7 In Love as well as ABS-CBN’s top-rating kiddie gag show Goin’ Bulilit.

The film assembles the country’s finest young actors as headlined by Daniel Padilla and Kathryn Bernardo who are considered as the reigning teen royalty of the industry, as well as Shaina Magdayao and Paulo Avelino two of ABS-CBN’s most talented dramatic actors with the support of Matet De Leon, Dominic Roque, Miles Ocampo, Clarence Delgado, CJ Navato, Michelle Vito, Janus Del Prado, and Marvin Yap.

In Pagpag Direk Frasco collaborates with screenwriter Joel Mercado in creating a story that is anchored on ancient Filipino beliefs and practices that are connected with deaths and wakes.

“I know of many practices that surrounds deaths and funerals, especially the concept of papag. I have always believed that there is nothing really wrong if we follow old traditions and beliefs. There’s no harm in practicing old beliefs especially since I grew up in a family that respects these practices,” explains Direk Frasco. 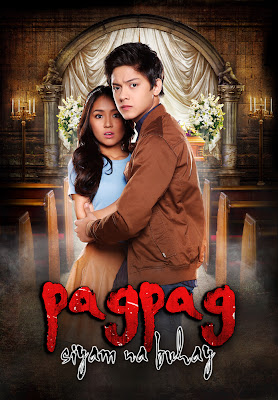 Direk Frasco says that he was excited and nervous at the same time when he learned that Star Cinema would get him to direct a movie for the MMFF. “This is my first full-length horror film and my very first participation in the MMFF,” says Direk Frasco who directed an episode of Star Cinema’s 2010 psychological horror film Cinco. “I also feel so honored to be given the opportunity by Star Cinema to work with such a wonderful cast and crew. It also really helped me a lot that I have worked with some of the cast members before in previous projects like in the case of Miles and CJ whom I worked with before on Goin’ Bulilit and Luv U.”

Miles Ocampo says that working with Direk Frasco is like a big reunion for them, “It feels great because we already know each other and I’m very comfortable working with Direk.” CJ Navato on the other hand says that its such a challenge to play a gay role for the very first time, “I really did my best to give justice to the role and I don’t want to disappoint Direk Frasco since I grew up working with him on Goin’ Bulilit.” Young actor Dominic Roque says that he is honored to be part of the MMFF, “I’m sure a lot of people will get to see this film and it’s such an unforgettable experience working with Direk Frasco and of course with Daniel and Kathryn.”

Direk Frasco also expressed how proud he is of his lead actors, “I have seen Kathryn grow to be a very fine actress since her days as part of the cast of Goin’ Bulilit while Daniel on the other hand steps up to the plate with his role as the movie’s accidental hero of sorts. Shaina and Paulo also delivered riveting and unforgettable performances. The rapport of the cast is so palpable when you see them on the big screen.”

Likewise, both Daniel and Kathryn revealed how wonderful it is to work with Direk Frasco. “The concept of Papag is very different from Goin’ Bulilit when I used to work with Direk on TV,” says Kathryn. “Our movie is very serious but the atmosphere on set is very laidback and relaxed. Direk always makes sure that we are all comfortable on set and since I myself get scared easily, he makes it a point to remind everyone that we should all be having fun while making the movie. We are all laughing and giggling in between takes.”

Daniel says that Direk Frasco is very instrumental in ensuring that everyone has the right chemistry on set, “We all meshed with each other because Direk treated us like family on set. We all bonded and hanged with each other during breaks. The result on screen is great because we all got to know each other very well.”

Paulo admits that Pagpag is very different from the horror movies he did in the past, “We had more time in making this movie and I am very amazed with Direk Frasco’s attention to detail. He is so precise.” Shaina on the other hand is very thankful to both Star Cinema and Direk Frasco, “I’m so grateful because I was part of Star Cinema’s 20th anniversary. I was part of Four Sisters And A Wedding and On The Job and now Pagpag. It’s my first time to work with Direk Frasco and he is so cool. He supported and guided all of us especially when we were doing intense and difficult scenes.”

Direk Frasco further explains that fans can look forward to a different kind of movie experience, as Pagpag is the very first horror film of Daniel and Kathryn, “The movie’s unlikely heroes will embark on a terrifying race against time to save their family and friends. Of course, the movie will also offer a pinch of romance and humor. Aside from being a horror flick, Pagpag is also an adventure movie for the whole family to enjoy this holiday season.”