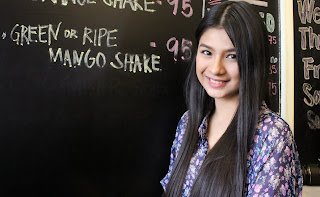 From being a teenybopper, Kapuso sweetheart Kim Rodriguez stepped-up into more mature role in her latest afternoon drama series “Paraiso Ko’y Ikaw.” Kim will be playing the role of an island girl named Josephine, a girl with full of hope and innocence, thorn on the side of half-sister Joyce Ching.

Aside from mental preparations on this series, Just like her partner Kristoffer, Kim also worked-out for her body, starting with diet and exercise. Kim will go far beyond acting since she will also need to flaunt her body as island girl. Since this is TV, sexy will still be wholesome.

Also set to for airing starting on January 27 is the afternoon drama series “Paraiso Ko’y Ikaw” starting young stars Kristoffer and Kim, with Joyce and newest Kapuso Phytos Ramirez, under the direction of Joyce Bernal.