Menu
Search
In 2012, Variety honored former stuntman Scott Waugh as one of its “10 Directors to Watch” for his debut film “Act of Valor” — about an elite squad of Navy SEALs — which was widely praised as one of the most realistic action films ever made. 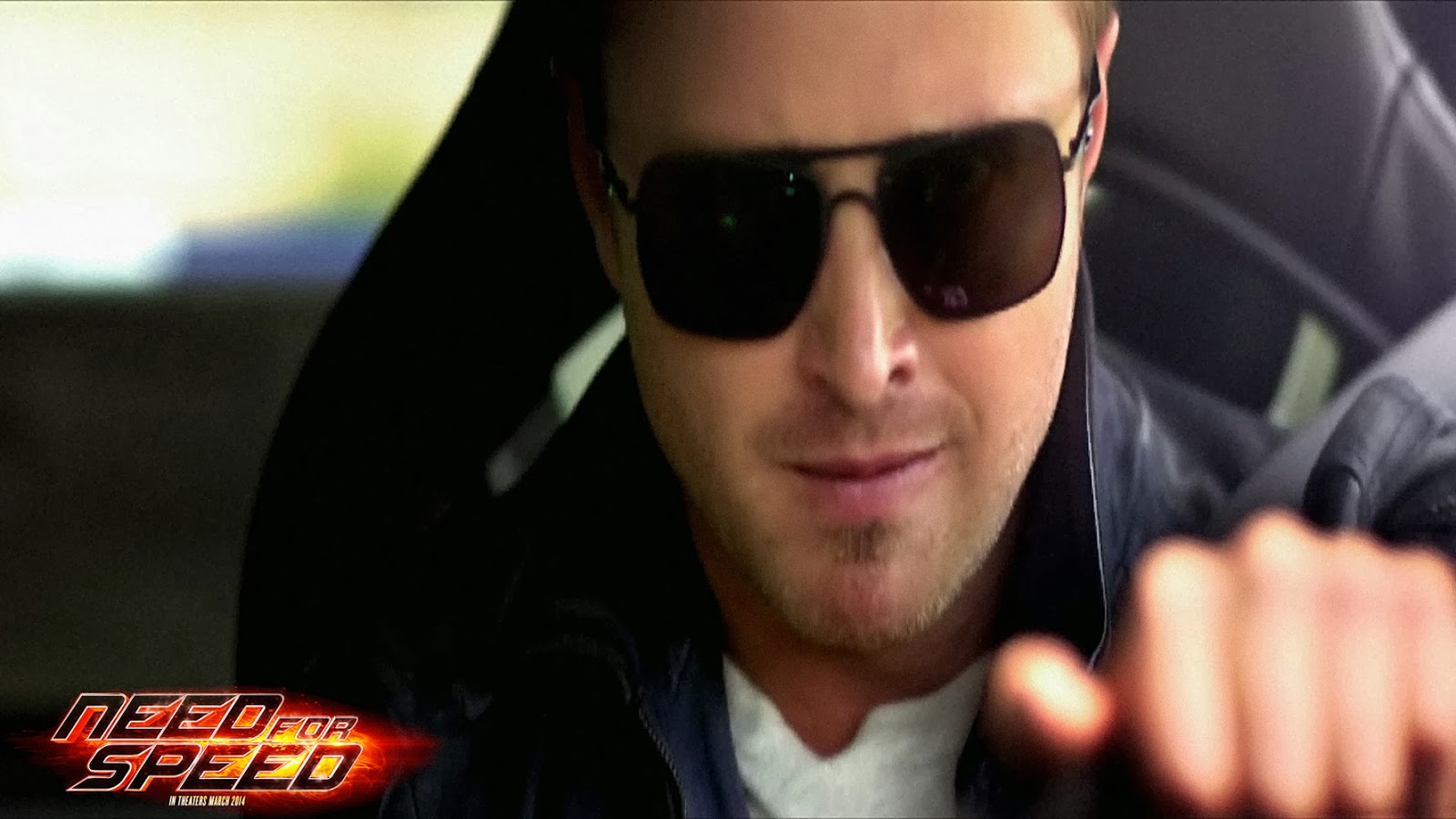 Now, Waugh follows through the promise with DreamWorks Pictures’ anticipated action-thriller “Need for Speed” (based on the eponymous car racing video game franchise).

Tapping into the significance of the car and the open road in American car culture and the freedom and individualism with which they both provide, “Need for Speed” is a story of honor, friendship and loyalty and the testosterone-fueled journey of one man out to clear his name.

Question: The “Need for Speed” games, being without a narrative, gave you a freedom to tell this story uniquely. Please tell us about that.

Scott Waugh: It did. But I think one of the things that was really great for myself about the games was, even though there’s no narrative story there’s a particular style to each one, whether you chase cops, whether you race in certain areas or the types of cars you drive. So what we wanted to do was combine all of the games so that in the film we get to drive a huge variety of cars. You get to race them in a huge variety of places. And what really freed us up as filmmakers is, we were able to really bring a true heartfelt story to this crazy visceral world of “Need for Speed.” 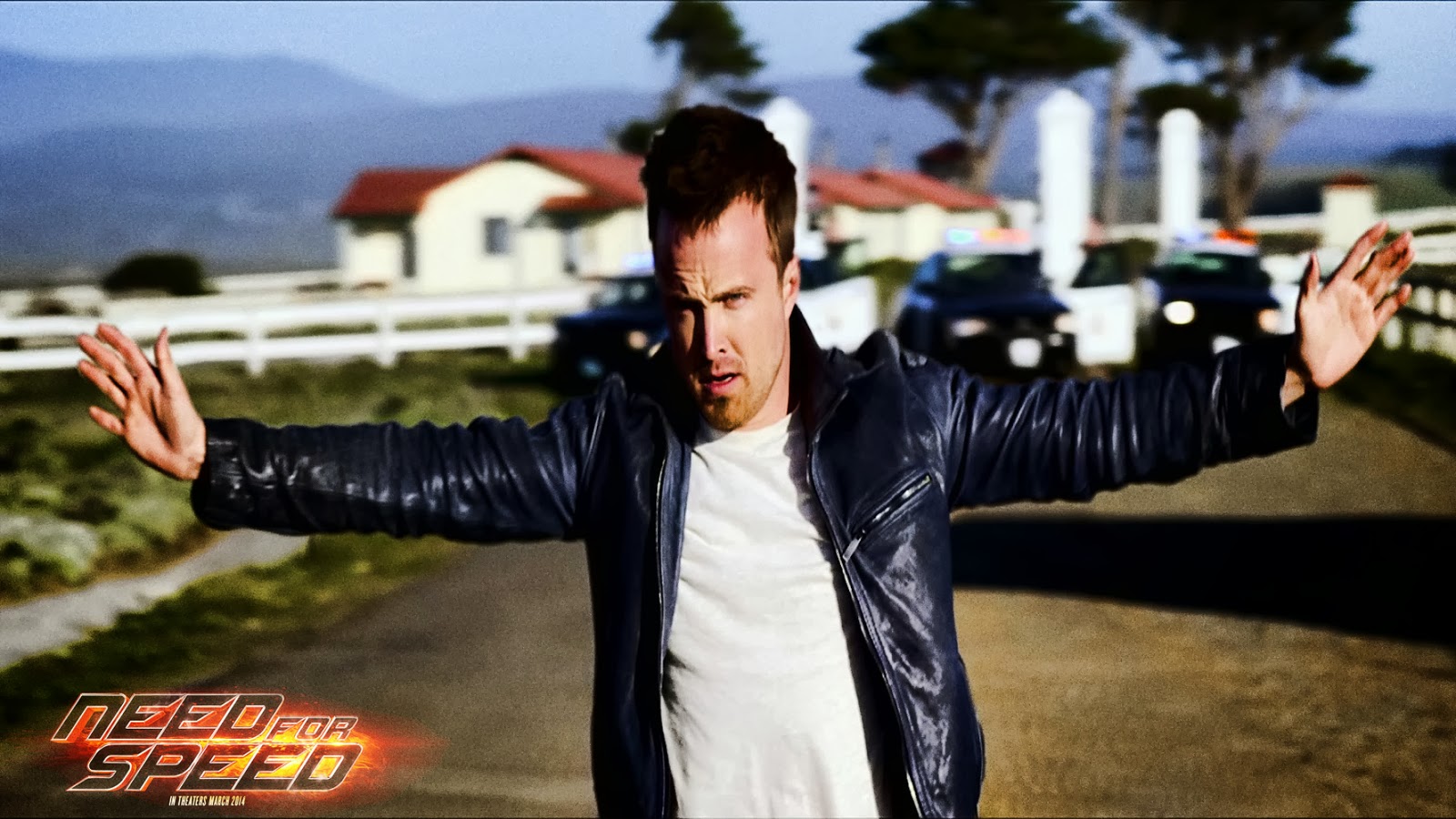 Q: What is the movie “Need for Speed” about?

Waugh: The film is really about a team of guys at Marshall Motors, and they go through a travesty in the group. They have to avenge the things that were done wrong to them. They have to drive from New York to San Francisco in 48 hours. And through that course of action, all the characters test themselves and how far they will push themselves and their moral integrity. To me, that’s the great human component of the movie. I feel that the film has a tremendous amount of heart. Each character really opens up. The film is a metaphor for the racing culture, and the things that humanly we do to seek that thrill.

Q: How would you describe the spirit of your movie?

Waugh: I think the spirit of this movie really lends itself to one line from the film: “You always go back. You never leave a man behind.” It applies in warfare, it applies in life, and it really applies in car racing, especially in places where you’re out remotely. You always go back if somebody’s down. It’s a morality and integrity thing that’s involved in our culture that is applicable to every aspect of life. And when you’ve grown up in the racing culture, and I grew up in the motocross world, a lot of times you’re riding in environments where you’re far from populations, and if you crash, you’re only relying on the people around you to come help you. It’s really just one of those things in the racing culture that’s inbred in you.

Q: Is “Need for Speed”a story of revenge or redemption?

Waugh: It turns from revenge to redemption. That’s the twist. The characters, especially Tobey, want revenge. But is that in his morality? That’s what he has to find out. Tobey Marshall’s a blue-collar kid who comes from the family that owns Marshall Motors. At the beginning of the story, his mother and father have already passed away and he’s left with the shop and the burdens of the shop. It has been in the family since 1974, and he’s trying everything he can to keep it open. His band of friends all work at the shop and are really there to support the shop but also to support their racing habits. And they get tied into Dino who has come back to town after being an indie car racer, and he gives them a business proposition to help them with the shop.

This is a once-in-a-lifetime opportunity. Nobody likes Dino. He’s always been trouble. He’s a rich kid who doesn’t really have any morality. This opportunity conflicts everybody. But they go against their own instincts and accept the offer. It creates nothing but problems. And those problems make them want revenge against Dino.

Q: Why do you think auto-racing movies are exciting to audiences?

Waugh: I think because racing cars today is complicated for most people. It wasn’t as complicated from the ’70s and before, because the roads were vast, the populations weren’t as dense, you could go to places pretty easily outside of the city limits and go race your car. But now that the population is so massive, you’ve got to go far to try and race a car. And tracks have closed, or the tracks are really far, and it’s just hard. They don’t really have that many point-to-point races like the Cannonball Run anymore. They still have the Cannonball going, but it’s super private. They still have the quarter-mile tracks, but personally, that doesn’t fascinate me. I’m more of a point-to-point course kinda guy. And this movie allows us to go there.

What we really strove for in the film was the chance for you to actually sit in the seat and open it up. Not to be a spectator and watch but to participate in the film and drive. Which is what’s great about the video game. You get to drive the cars. And I think in “Need for Speed,” oh, you drive.

Q: What do you hope audiences will get out of this film?

Waugh: I hope audiences get out of this movie what they don’t expect. I think that’s a wonderful thing that can happen in a theater, where you go to see a movie expecting one thing and it completely throws you another way, in a really good way. And you leave satisfied, because it wasn’t what you were expecting. And I hope that “Need for Speed” does that because we really tried extremely hard to make something different, that wasn’t expected. One of my mottos in preproduction was, “Don’t replicate. Reinvent. Make it the same but different, so it’s new and it feels fresh.” And that was hard, but I think when you see the cameras and the way we move it and the way the characters’ arcs are, it’s definitely a reinvented car culture film.

Opening across the Philippines on March 12, “Need for Speed” is distributed by Walt Disney Studios Motion Pictures International through Columbia Pictures.