Menu
Search
“Everybody needs an idol, somebody to try to live up to. Sometimes you have to go to fiction to find those people.” 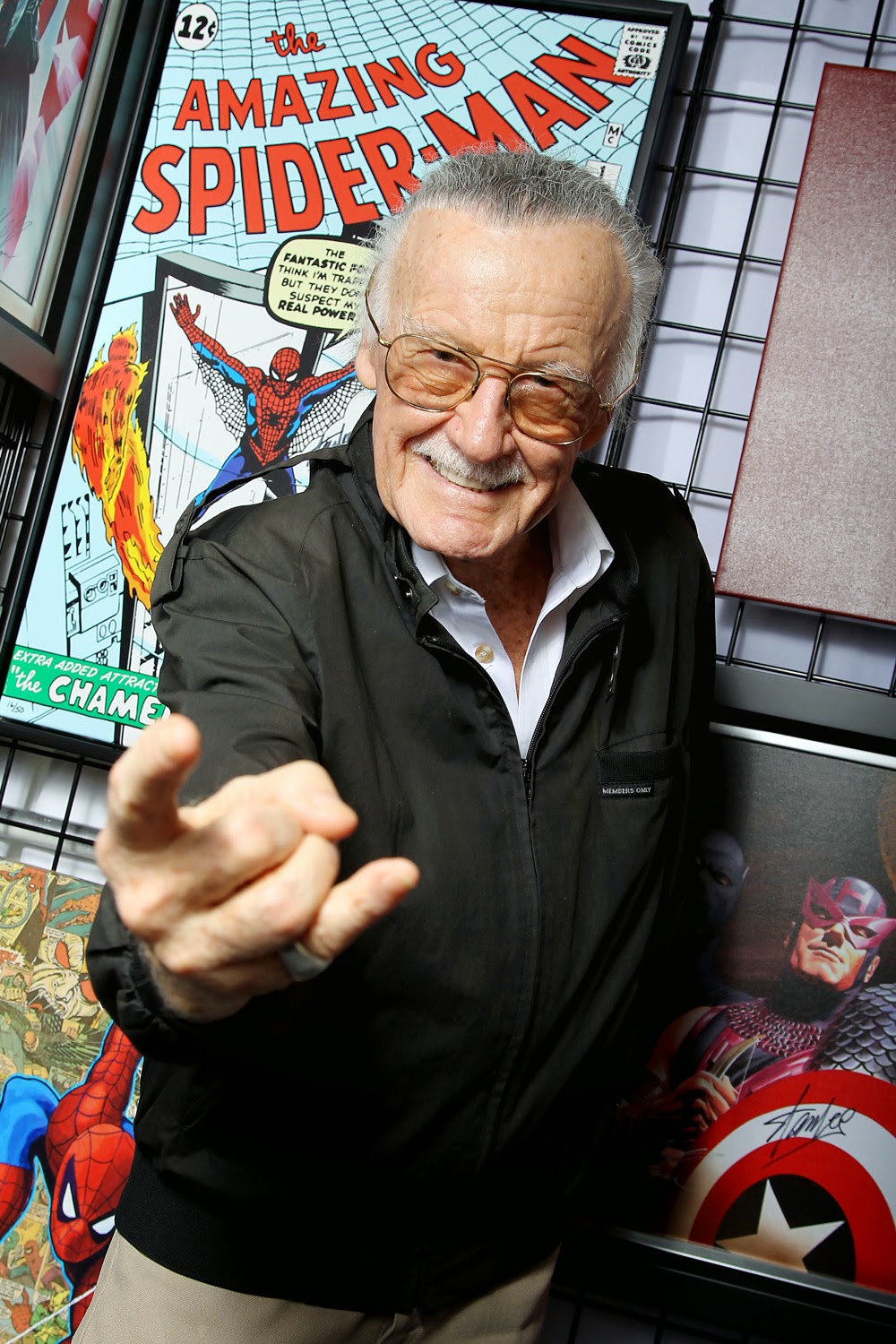 Stan Lee, the creator of iconic comic-book characters from The Incredible Hulk to Iron Man, knows something about idols and imagination. At 91, the avuncular mogul is again ushering in one of his most beloved characters, Spider-Man, back to the big screen. Columbia Pictures’ “The Amazing Spider-Man 2” is the latest film in the blockbuster series, in which Andrew Garfield is back as Peter Parker for more webslinging and, presumably, saving the world.

Surrounded by memorabilia from his myriad creations and framed snapshots from decades in the spotlight, Lee talked shop at his office on a recent morning in Beverly Hills. 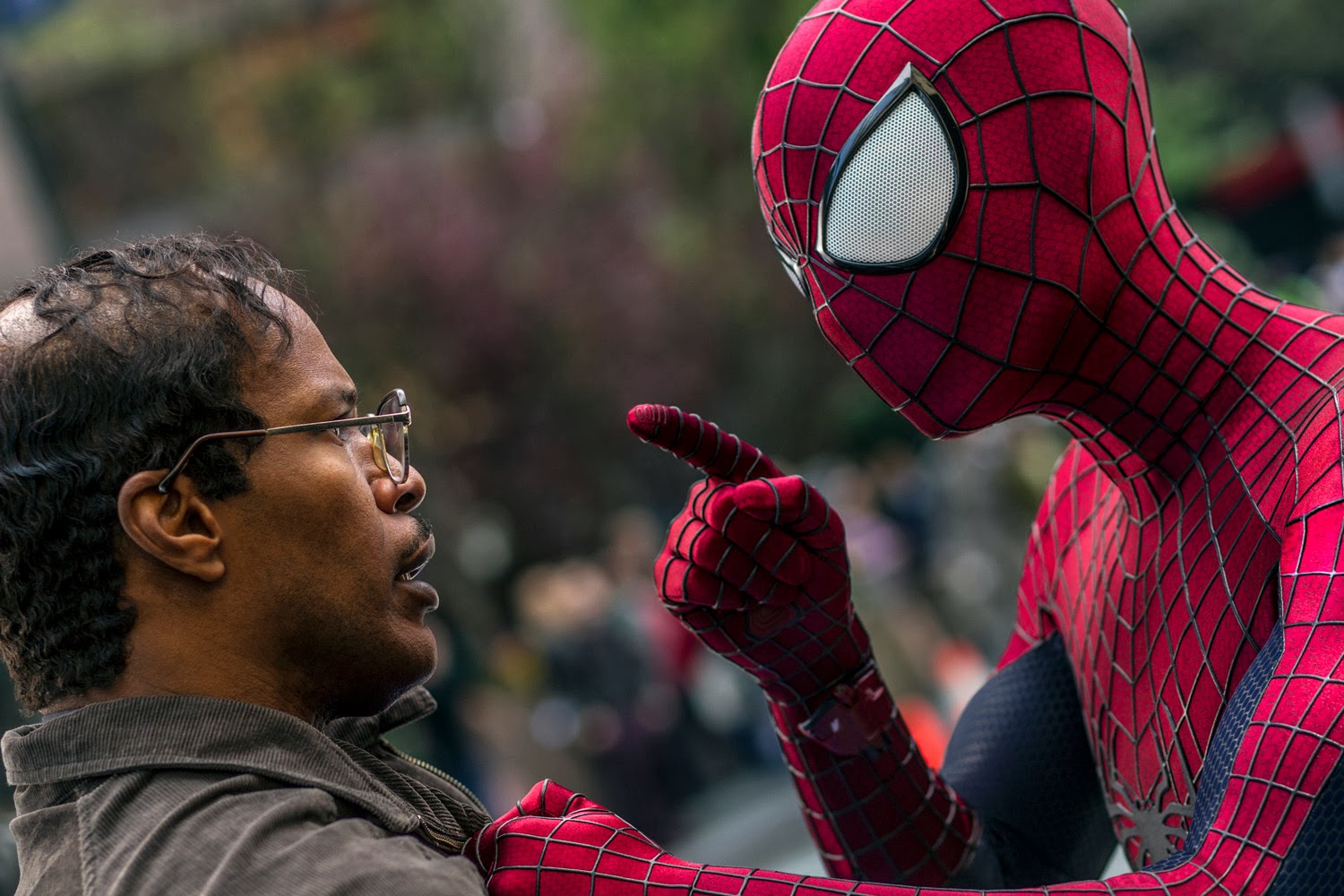 “Peter [cares about] Gwen Stacy, he cares about his aunt and wants to make a good living,” said Lee. “He’s bright, and wishes he could spend more time on his studies but there are many other things pulling at him. He’s the kind of [young man] that I think anybody would wish lived next door, or that his daughter would date.”

When Spider-Man returns this spring, peace in Gotham is quickly trounced by Electro, a brand-new bad guy played by Jamie Foxx. Peter is led deeper into his dad’s mysterious past, and forced to face questions about his future. His old friend Harry Osborn (Dane DeHaan) is also back on the scene. Like many of Lee’s nemeses, neither Electro nor Harry are wholly unsympathetic.

Of Parker he said, “You have to accept the fact that this is a young man who can swing on a web. You have to feel you know that guy. And the more you feel you know Peter Parker, the more the story draws you in, because it’s somebody you can relate to. He just happens to have superpowers.”

Lee may not be writing new comics, but keeps an ear close to the ground when it comes to the zeitgeist. With more than one million Twitter followers and relentless attendance at comic book conventions, Lee’s savvy with social media and his jam-packed schedule rivals that of most, much less the average nonagenarian.

The secret to Lee’s longevity in a business prone to fickle tastes and fleeting loyalty may stem in part from this insistence on showing up not to speak, but to listen. “People think I’m imparting information to them, but I’m learning a hell of a lot,” he said.

“Without fans, you have nothing,” Lee said. “Fans are wonderful. And they make it very difficult for you, because they can turn on you in a second if you let them down. When you know how important they are, you spend all your time trying not to let them down. You must not disappoint the fans, ever.”

Still, there’s a certain, secret X-factor in Lee’s remarkable career, and deep devotion from acolytes of every age. Do we all just need a few superheroes? “I don’t know that we need them,” he said. “I think it’s a good thing that we have them.

“When I was a kid, I looked up to Errol Flynn. He was my hero. I used to leave the theater, and I’d have a crooked little smile on my face the way I imagined he smiled, and an imaginary sword at my side, and I’d be looking around for some little girl that a bully might be picking on, so I could save her.”

(Opening across the Philippines on April 30, “The Amazing Spider-Man 2” is distributed by Columbia Pictures, local office of Sony Pictures Releasing International.)