Recently, Kim Chiu’s incomprehensible classroom comparison, ‘Law of the Classroom’ trended and became the source of memes made by netizens.

One of the people who used Kim’s classroom analogy was Broadcast Journalist Arnold Clavio. Clavio did not miss the chance to criticize the surprise birthday that was held for National Capital Region Police Office (NCRPO) Chief Major General Debold Sinas, which broke the Social Distancing and No to Mass Gathering protocol during COVID-19 crisis.

Despite Kim’s original analogy not being understandable, Clavio’s use of Kim’s analogy clearly stated his criticism of the police chief.

Despite a ban on mass gatherings due to COVID-19, cops from the National Capital Region Police Office gathered to celebrate the birthday of their Chief Major General Debold Sinas, in Camp Bagong Diwa on May 8. 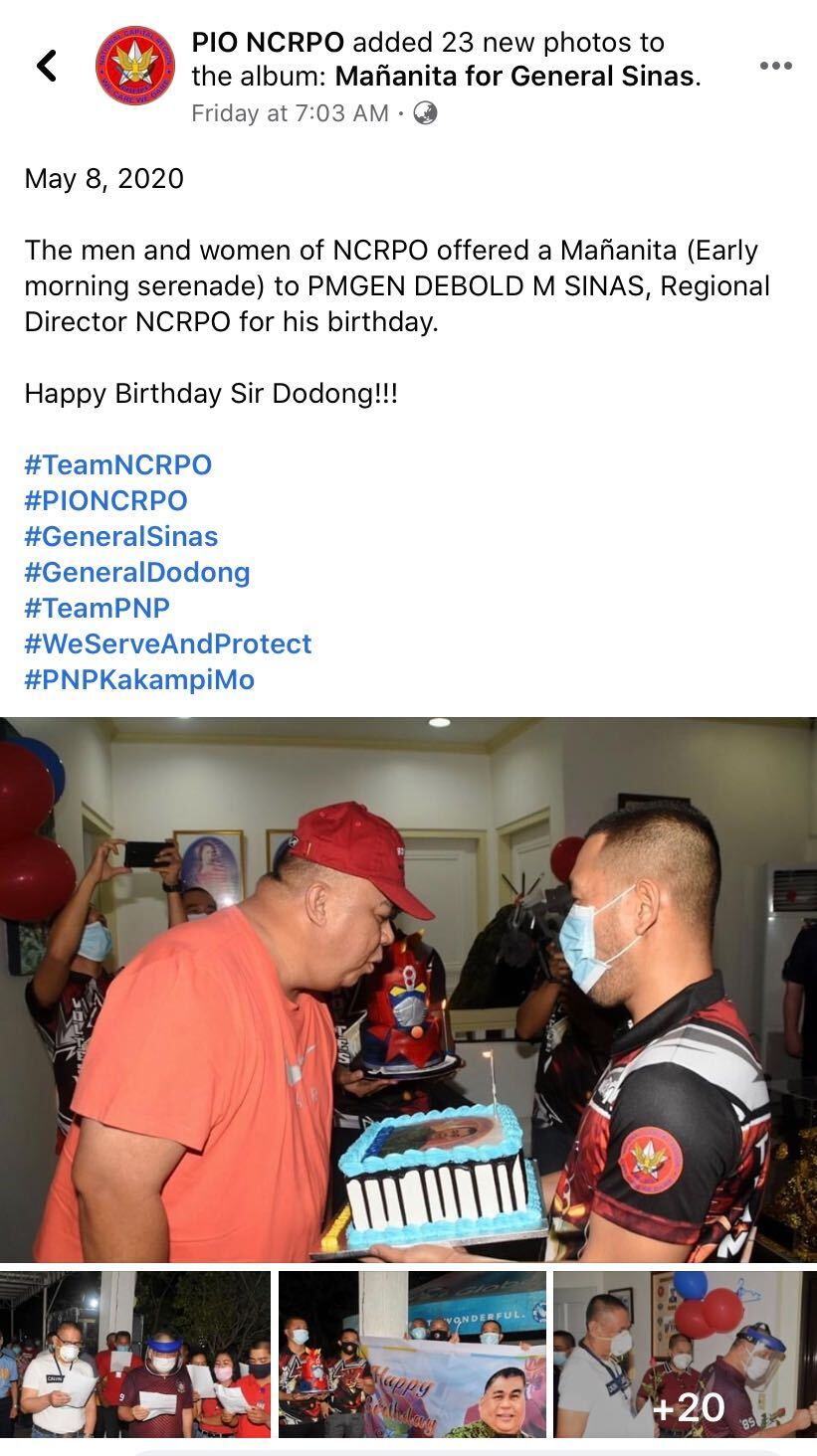 The NCRPO recorded the early morning celebration on its official Facebook page, with pictures of the event titled “Happy Birthday, Sir Dodong!! ” It was a mañanita or an early morning birthday serenade arranged by the cops for their boss, but as of this writing, the post has been deleted.

Many netizens criticized Sinas’ birthday party. As Chief Major General, he is charged with the implementation of strict protocols to prevent the spread of COVID-19 in Metro Manila, including social distancing, curfews, and other protocols. NCRPO chief General Sinas has already apologized for the birthday party and insisted the circulating photos are edited, “Some of the pictures circulating in social media were edited and grabbed from old posts. The pictures, however, do not define the totality of what really had happened.

“Nevertheless, I apologize for what transpired during my birthday that caused anxiety to the public. It was never my intention to disobey any existing protocols relative to the implementation of the enhanced community quarantine.”