President Rodrigo Duterte once promised to go to the disputed West Philippine Sea on a jet ski to assert the country’s claim on the territory. This became one of the stronger images people had of him before the 2016 election. But last Thursday, Duterte revealed that everything was just a joke.

This spurred comedian Alex Calleja to ‘sell’ something.

On the Facebook account of the comedian, he posted a photo of a jetskifor sale and even said that it comes with a free Philippine flag, “Wala akong political reaction sa SONA. Satisfied ako.
Online selling ang focus ko:For sale: Jet ski with free Philippine flag.”

The comedian then said that he’s selling it that the reason why he’s selling it, is because the owner didn’t use it, “RFS (reason for selling): hindi nagamit ng owner PM is the key”

Netizens were quick to notice and get the humor behind Calleja’s post, saying that the said owner of the jetski is President Duterte, 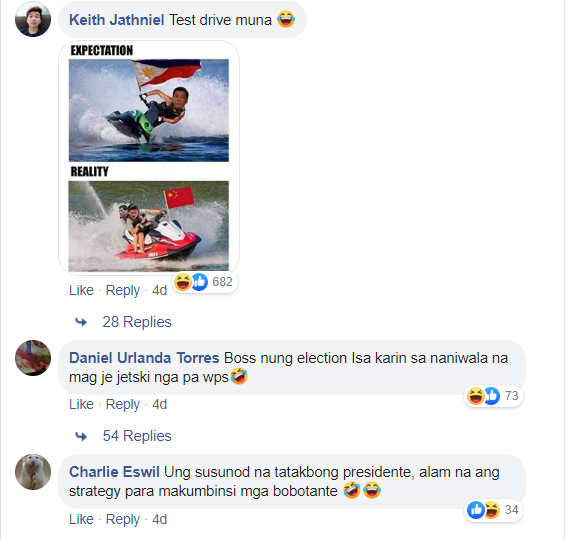 Calleja even updated that the Jetski was sold to a Chinese buyer named 我爱你, (I love you). 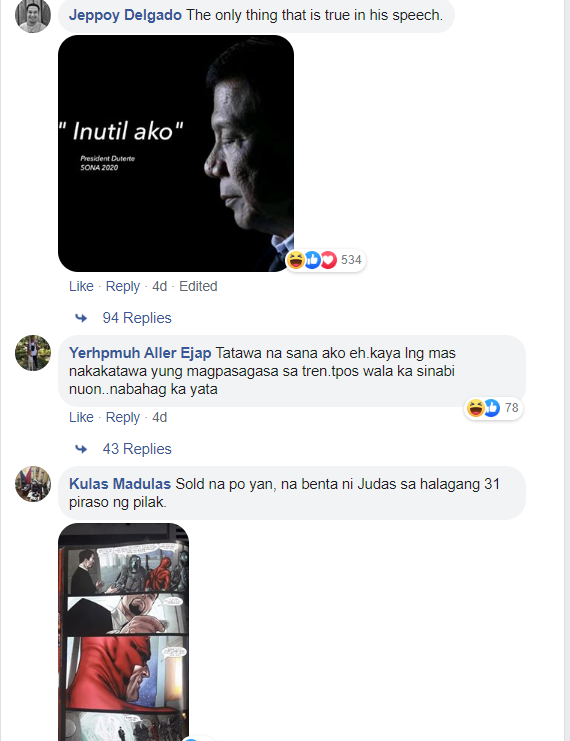 At the height of the campaign for the Philippine presidency in 2016, Duterte said that he will ride a jet ski and go to the disputed island occupied by China in the Western Philippine Sea to plant the Philippine flag and take part in the claims of the government.

Duterte reiterated that he would support the Philippine claims on he waters under dispute while voicing his willingness to negotiate with China on a bilateral basis.

After being elected president in 2016, Duterte has tried to forge closer relations with Beijing to court Chinese capital and investment in the Philippine economy.

It prompted some critics to mark his pronouncements on asserting Philippine rights  as pure bluster which he proved last Thursday where the president admitted that everything was just a joke,

“When I said I would go to China on a jet ski, that’s nonsense. I don’t even have… It’s just talk. I’m surprised you believed it.”

Recently, comedian Alex Calleja came out with an open letter addressed to the racists and bashers who brutally attacked ABS-CBN.