QUEZON CITY, PHILIPPINES, August 7, 2020 – TFC is offering one blockbuster after another for subscribers in Japan to enjoy from August 1, 2020 onwards. For just an additional ¥‎550 on your TFC IPTV Video-On-Demand Monthly Subscription, you can enjoy unlimited hours of films from classics to latest releases, comedy to drama, action to horror, romance to family entertainment. 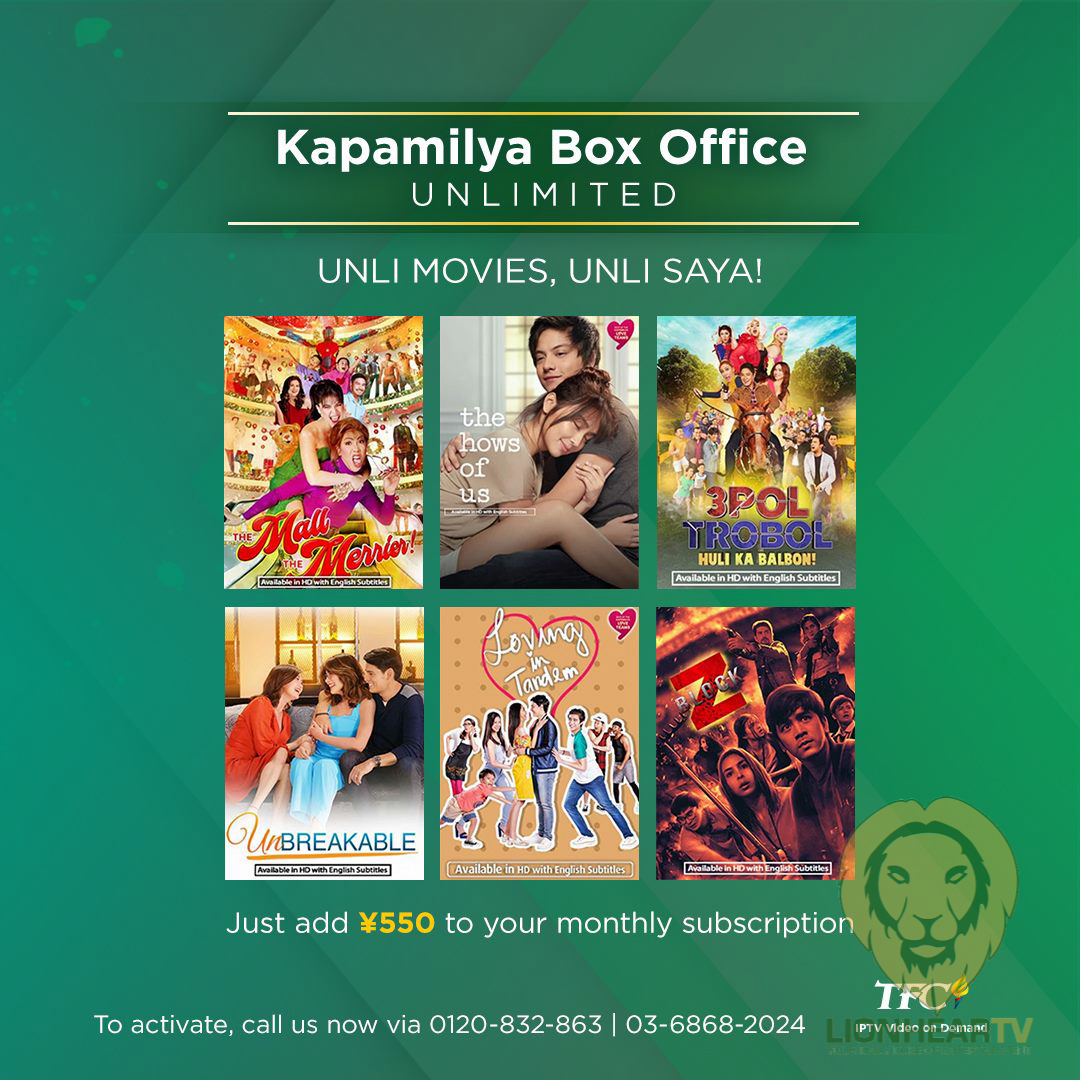 Cry your hearts out with The Hows of Us showcasing one of our favorite Kapamilya couples Kathryn Bernardo, Daniel Padilla, as well as the Unbreakable featuring Bea Alonzo and Angelica Panganiban’s emotionally gutting performances. Feel giddy with young love served by Maymay Entrata and Edward Barber on Loving in Tandem. And get ready for some adrenaline rush in the Julia Barreto-Joshua Garcia starrer zombie movie Block Z.

All these films and more come to your screens on Kapamilya Box Office Unlimited via TFC IPTV. To activate, call the Japan telesales hotline at 0120-832-863 or 03-6868-2024 or send us a message on Facebook (TFC Asia) or LINE App.