‘Bobo’ heckler Atty. Larry Gadon was lambasted on social media after the attorney was seen wearing his face mask the wrong way while waiting in line at a grocery store. 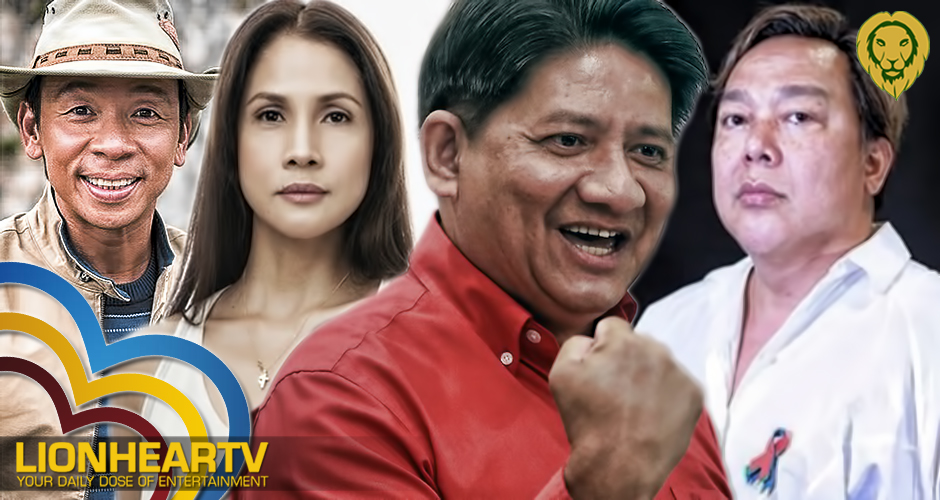 Nothing seems wrong with the picture at first glance but looking closely, it can be seen that the former senatorial candidate is not wearing the face mask. He just pasted the mask on the face shield to make it seem like he was wearing it.

Even though Gadon was observing the rules of social distancing and wearing a face shield, he still violated the rule on always wearing the face mask when going out.

Netizen @TedPylon posted the attorney’s photo on Twitter saying that Gadon was showing the idiot’s way to wear a mask.

Weather anchor Kim Atienza pointed out that Gadon was basically not wearing a face mask. He likened the attorney to some citizens in the USA who also refused to wear their face masks.

Comedian John Lapus mocked Gadon because of his way of wearing a face mask. He said that the attorney looks stupid with his mask pasted on his face shield instead of being worn on the face to protect the mouth and nose.

Actress Agot Isidro said that Gadon was the type of lawyer who would go to such lengths just to get away with his stupidity. She wanted to say that Gadon is cheating the system because he is clearly not following the rules of the lockdown.

The wearing of face masks became mandatory for people because of the threat of the COVID-19. It is necessary to wear it correctly at all times as a source control because they prevent larger expelled droplets from evaporating into smaller droplets that can travel farther.

Face masks can help protect people from acquiring the virus or even protect others from catching it when a person has the virus.

Larry Gadon ran for senator in the 2016 elections, but he lost. Disbarment complaints were filed against him in 2016 after he allegedly said Muslims should be killed to attain peace in Mindanao.

Another case was in 2018 filed by lawyer Wilfredo Garrido, Jr. over his supposed arrogance at the House of Representatives during the committee hearing on the impeachment complaint he filed against ousted Chief Justice Maria Lourdes Sereno.

Gadon is the man behind the impeachment complaint against ousted Chief Justice Maria Lourdes Sereno. He lashed out at the supporters of the former chief justice and called them stupid.

Gadon then flashed his middle finger at them outside the high court compound in Baguio City that drew public attention way back in 2018.

In a resolution dated June 26, 2019, the Supreme Court 2nd Division suspended Gadon for three months over his use of “abusive and intemperate language” towards a doctor and a fellow-lawyer. The court said that Gadon expressed words that lessen the confidence of the public in the Philippine judicial system.

Due to his recent act of wearing his face mask incorrectly, Gadon is the one that the netizens are calling stupid.

When you shouted bobo to everyone
and it's echoed back to you…! 😂😂😂

That circulating photo of Larry Gadon wearing a face shield with a face mask taped inside it is a fool-proof evidence that we are still indeed on the Phase Shield, while other countries are on Phase 2 or 3 of vaccine development.