Actress Melissa Ricks has expressed support for her former onscreen partner Matt Evans who was reportedly arrested over a “child support” case.

According to Melissa, Matt is a good person who treats everybody around him with kindness. Melissa believes that her former love team partner will overcome this trial because of his good heart. 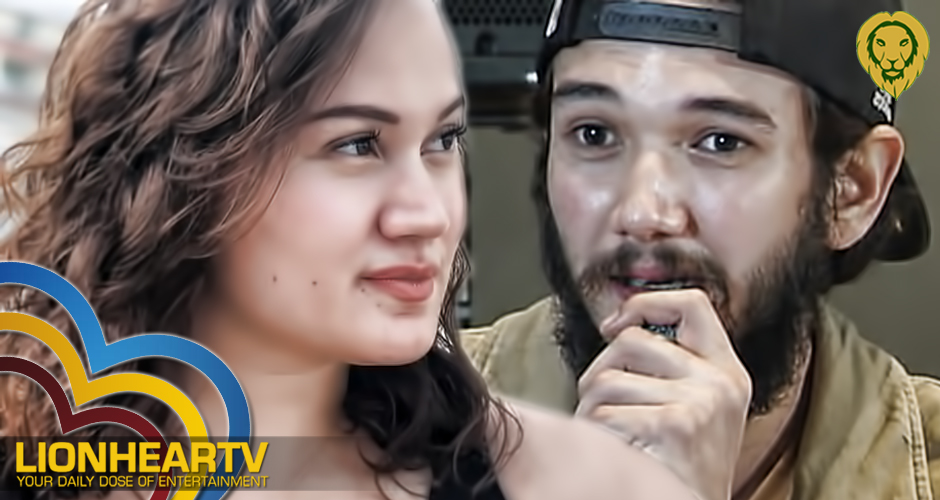 “People with good hearts can never be put down,” Ricks wrote, mentioning that they have been love team partners for five years.

“I know how much of a good person you are, not only to me but to everyone around you. You have a good heart, Matt. That is a fact,” she further said. 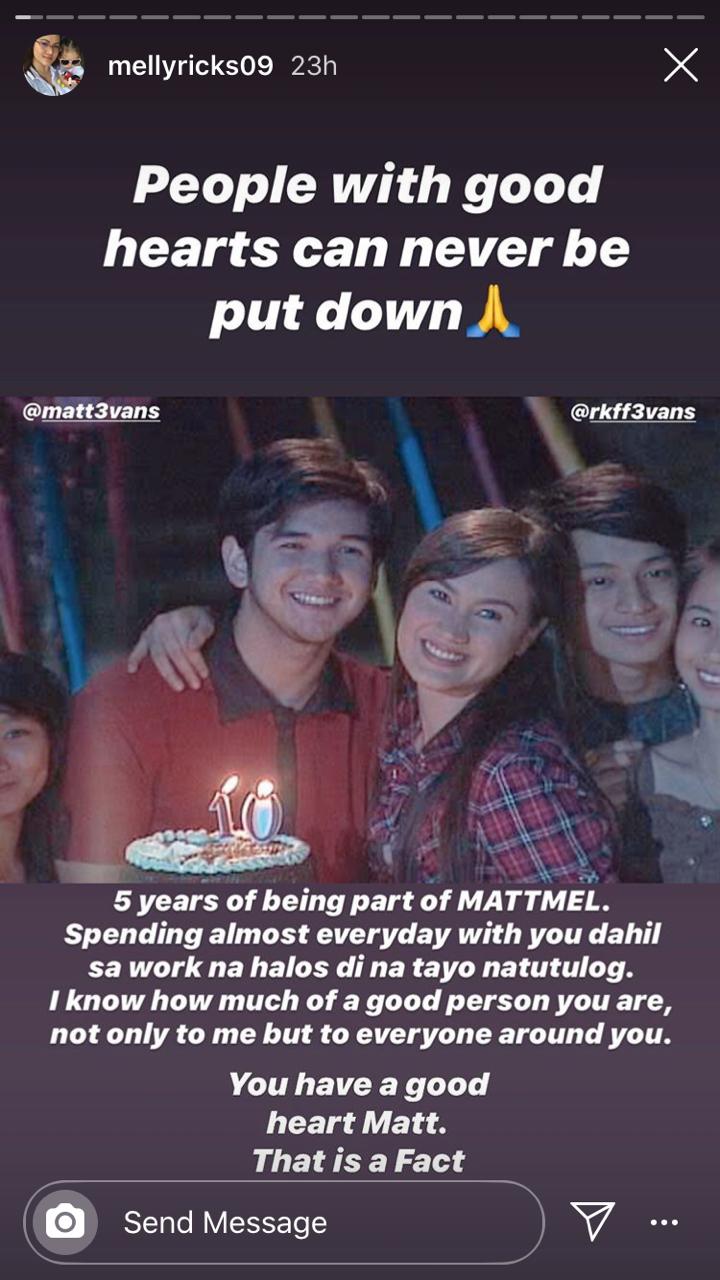 The case against Evans was reportedly filed by Johnelline Hickins, his former partner with whom he has a daughter.

The arrest warrant was issued by Presiding Judge Carmencita Lacandazo Logan of the Pasig Regional Trial Court Branch 12, with bail set at P36,000, the report added.

Evans was arrested in October 2012 after he was accused by Hickins of physical injuries. His former live-in partner’s brother, Juan Alberto Carlotta, stood as a witness against the actor.

According to Juan, Matt and Johnelline had a heated argument which resulted in the latter falling down the stairs.

Juan then confronted Matt which eventually turned into a physical fight. Juan even recounted that their fight escalated to the point that Matt allegedly threatened him with a knife.

The actor denied the allegations in an official statement issued by his counsel, Atty. Gerly Rico:

“Matt denies having inflicted any injury against his girlfriend or her brother. In fact, it was Matt who was hit on the leg and who was threatened with a knife.”

“We are awaiting the legal process to proceed so that Matt’s name will be cleared from all the accusations which are nothing but lies.”

That case has since been reportedly dismissed the following day, October 22, 2012. Matt was released in jail after posting a 200-peso bail, the penalty for slight physical injury charges.

Matt is currently married to businesswoman Riza Katrina Evans, who herself faced jail time in December 2019 for estafa. She was released from jail after paying a 30,000-peso bail.

Riza Katrina Evans also made headlines after she lost a whopping Php 6,000,000 in a scam.

Matt Evans is a Filipino-American actor who became famous after joining “Pinoy Big Brother“. He rose to fame after starring as Pedro Penduko in “Da Adventures of Pedro Penduko” alongside Melissa Ricks.

He was one of the leading men of Melissa in a 2009 Philippine fantasy science fiction romantic drama television series ‘Kambal sa Uma‘ which was directed by Manny Q. Palo and Rechie A. del Carmen. He starred along Shaina Magdayao, Rio Locsin, and Jason Abalos.

He was a part of the TV series The Killer Bride (2019) as Marco who is a drunkard and as well as in A Soldier’s Heart (2020) as Rasheed. He was a guest cast in 2020 Philippine action drama television series ‘24/7′ starring Julia Montes, Arjo Atayde, Melissa Ricks, Joem Bascon, Joross Gamboa, Denise Laurel, and JC Santos.