Rep. Arlene Brosas and other members of the Makabayan bloc said that the swift-sailing of the approval of the 25-year franchise of DITO Telecommunity is not fair compared to ABS-CBN’s rejected bid for a franchise renewal. 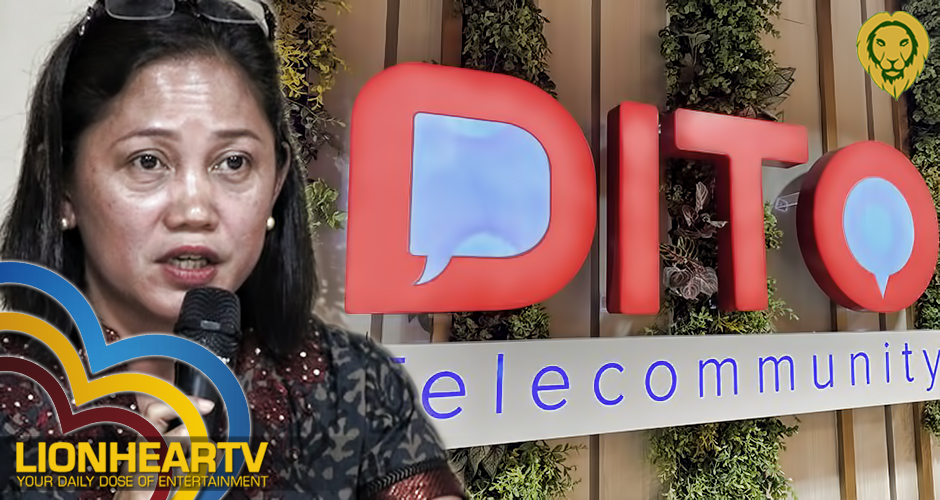 Rep. Brosas, on behalf of the Makabayan Bloc, questioned the decision of the House of Representatives.

“The franchise of Mislatel or Dito Telecommunity took a smooth sailing process even if its operations will have huge implications in the country, while ABS-CBN was grilled on so many issues that are even far from franchise discussions,” Brosas said.

She wanted to point out that Dito Telecommunity Corp., formerly Mindanao Islamic Telephone Company Inc. or Mislatel, was not asked as much as questions that ABS-CBN network had when it was also applying for a fresh franchise.

Brosas noted that DITO Corp’s owner, Davao City-based businessman Dennis Uy, was not asked questions regarding his nationality unlike ABS-CBN about foreign ownership.

Back when the Kapamilya network was applying for a fresh franchise, lawmakers decided to question the chairman emeritus of ABS-CBN Corporation, Gabby Lopez, as someone who is a Filipino-American.

People have speculated that Dennis Uy’s nationality being a Chinese-Filipino was not questioned by lawmakers because Uy is a known close friend of President Rodrigo Duterte.

Brosas questioned the methods of the Congress in approving the franchise application of only those who are allies of the president.

“There was never a clamor from this chamber to review and re-assess the technical capacity of Dito Telecommunity, or to investigate its compliance to tax laws. Is this how Congress treats allies of the President applying for franchise?” Brosas said.

She wanted everyone to be reminded that the congress is allowing a China-backed telecom player despite the issues raised against the country. She said that congress denied ABS-CBN a fresh franchise with Lopez’s nationality as one of the concerns yet, still allows China to enter the telecom industry.

“Let us not forget that China Telecom, which is owned by the Chinese government, has 40 percent share in Dito. In effect, we are allowing a China-backed telecom player to smoothly do business in our country—despite the various national security implications that we in Gabriela Women’s Party raised in several venues,” she said.

“Some of our colleagues were angry with ABS-CBN because of the supposed foreign citizenship of Mr. Gabby Lopez, but they don’t care if China enters our telecom industry,” she added.

Recently, the House of Representatives approved the 25-year franchise of DITO Telecommunity Corporation. Voting 240-7-7 (yes-no-abstain), the House approved on its third and final reading House Bill No. 7332, granting DITO Telecommunity a franchise to “construct, establish, install, maintain and operate wired and/or wireless telecommunications system in the Philippines.”

“The franchise shall be extended and in effect for a period of 25 years from its expiration on April 24, 2023, unless sooner revoked or cancelled. This franchise shall be deemed ipso facto revoked in the event the grantees fail to operate continuously for two years,” the bill reads.

Under its franchise, DITO is expected to cover at least 37 percent of the population, with an average minimum speed of 27 megabits per second (Mbps). They are also required to put up 2,500 cell sites by July 7, 2020–1,300 of which have to be operational according to the Department of Information and Communications Technology—for them to operate by March 2021.

Aside from Rep. Brosas and the Makabayan Bloc complaining about Dito Telecom’s easy approval of a franchise, former Kapamilya employees and talents have also questioned the approval without subjecting the corporation to rigorous scrutiny.

People compared the amount of time the congress took to approve the application in just 2 and a half months unlike with ABS-CBN which they decided to sit on for years before eventually denying it.

DITO Telecommunity Corporation has paid 25.7-billion performance bond to the government as a promise to provide internet service with a speed of 27 megabits per second in covering at least 37 percent of the country’s population.