Singer-actress and known Duterte critic Agot Isidro praised the Office of the Vice President for its high audit rating from the Commission on Audit. 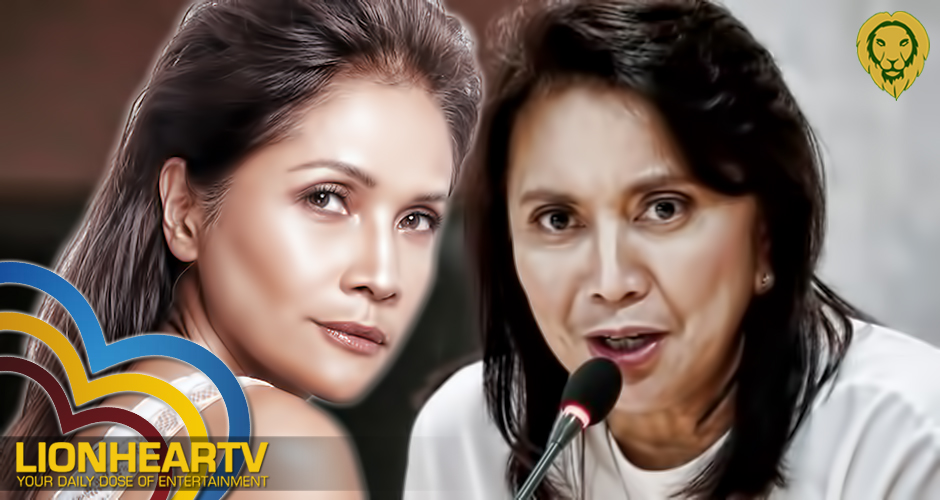 In a tweet, Agot compared the OVP to a shining star in the midst of darkness.

“Shining star in the midst of mga bituin walang ningning. “

COA has reported on Saturday, September 5, its audit findings on different government agencies.

Among government offices, COA reported a high audit rating for the Office of the Vice President. This is the second year in a row that the COA gave the OVP the highest audit rating.

In their report, COA gave the Vice President’s Office an “unqualified opinion” which means that the audit agency was satisfied with the office’s presentation of its financial reports.

In her statement on her radio show, Vice President Leni Robredo said that all government agencies should always aspire and make sure that they will get COA’s highest audit rating because it will mean that all transactions in their office are in order and clean.

However, while OVP gets the highest audit rating, COA still made some remarks and observations. COA noted some unutilized funds for OVP’s medical programs amounting to 195 million. But the OVP explained that it was due to the ban on giving assistance during the 2019 elections and policy changes from cash-based aid to guarantee letter.

COA also pointed out 112 transactions involving training and representation expenses that do not have supporting documents. OVP however assured COA that receipts of the transactions are all available in their office and ready to be submitted.

Meanwhile, aside from Agot, netizens also praised the OVP for bagging the highest audit rating again.

Congratulations to our busy -presidente..goes to show that she is for "service to people" talaga ang purpose nya ….God Bless

The only performing government agency in this admin is of course not an ally.

The only government agency under attacked by Duterte and his paid minions. She was charged with sedition, attacked by Mocha and trolled by paid Duterte trolls.

Pinapahalagahaan ng Busy Presidente ang pera ng taumbayan na ipinagkatiwala sa kanya. If only other officials in government are similarly inclined, but they’re not and that’s sad and disappointingly bad.