MANILA, Philippines – With must-see, monumental destinations all across the Philippines, including the Tree of Life in Robinsons Place Naga, the Sculpture Series at SM Aura in Bonifacio Global City, and the upcoming 20-storey monument, The Victor at Robinsons Bridgetowne, World-renowned Filipino-American artist, JEFRË, is set to unveil his first solo exhibit, Points of Connection, at the Orlando Museum of Art from October 3rd, 2020 – January 3rd, 2021. Designed to be a touchless, interactive show, JEFRË: Points of Connection will be among the first museum exhibits to launch in the wake of the COVID-19 pandemic.

“JEFRË creates artworks that express the spirit of our time with energy and optimism,” says Hansen Mulford, Senior Curator of the Orlando Museum of Art. “Exploring his own visual language, rooted in personal experience, contemporary culture and social concern, his work strives to make connections and draw people together.”

JEFRË: Points of Connection is an interactive exhibit featuring 40 new human-scale, site-specific installations and sculptures spread across an 800 sqm floor space. The artist’s past projects will be displayed alongside a series of sculptures that take visitors through an interactive and personal journey guided by stanzas from “Heart to Heart”, a poem written by JEFRË himself. The collection of immersive installations will explore JEFRË’s personal history as a child of immigrants, survivor of heart disease, and his practice as a city placemaker. This includes pieces from his highly-lauded Talking Heads series, as well as new installations that celebrate cultural symbols. 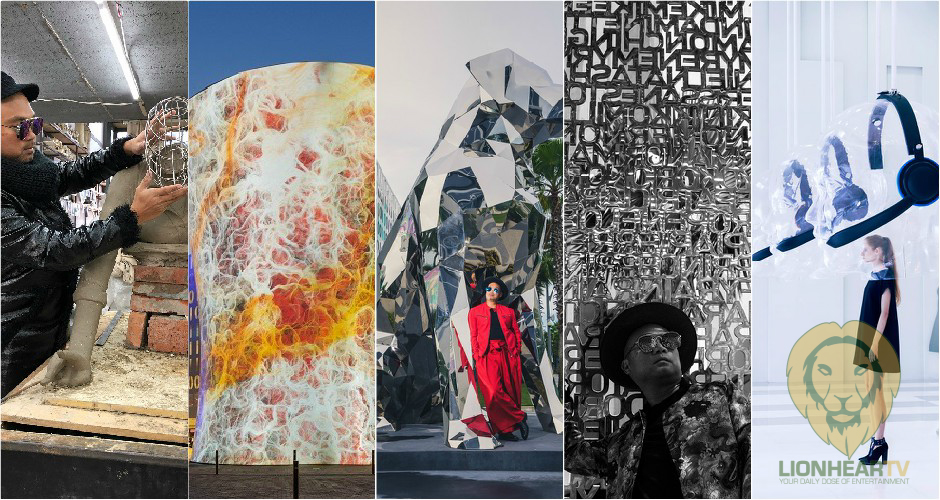 JEFRË: Points of Connection is the artist’s first solo museum exhibit featuring multimedia sculptures and installations that are now signature hallmarks of his practice. The exhibit is presented by Advent Health and Dr. Philipps Charities, with additional support from Monster XP and Mall at Millenia.

“Through Points of Connection, I seek to bridge that divide by telling a highly personal story that speaks to the shared experiences of people, regardless of their background. Now even more, considering the pandemic and everything that has happened in the past year alone,” shares JEFRË.

Moreover, Points of Connection makes history as one of the first public museum exhibits set to launch in the United States in the wake of the COVID-19 pandemic.

JEFRË is a Filipino-American landscape and public artist. As a graduate of Ohio State University, JEFRË found work with many high-profile clients such as Skidmore Owings and Merrill, Santiago Calatrava, and Philippe Starck. However, JEFRË’s flourishing career was almost cut short when he suffered an unexpected heart attack at the age of 35. Taking a newfound sense of inspiration, JEFRË launched his own firm, StudioJEFRË to work on functional pieces of public art that fosters dialogue between people of all walks of life.

“As a Filipino-American who is both proud and aware of his heritage, I make it a point to apply that understanding of shared experiences into all my work,” says JEFRË. “Public art is incredibly powerful and dictates our personal relationships with our home cities. It’s a reflection of our past. With my work, I celebrate the past in a way that embraces the future. We live in such a diverse world and it’s important to me that we not only celebrate the differences, but the similarities as well. And that to me is so powerful because it speaks to us as people without barriers.”

Soon after, JEFRË became a firmly-established institution in the art world, with his work recognized by Florida Inside Out. The architecture magazine named him as one of the “Seven Faces of Design” in 2007. 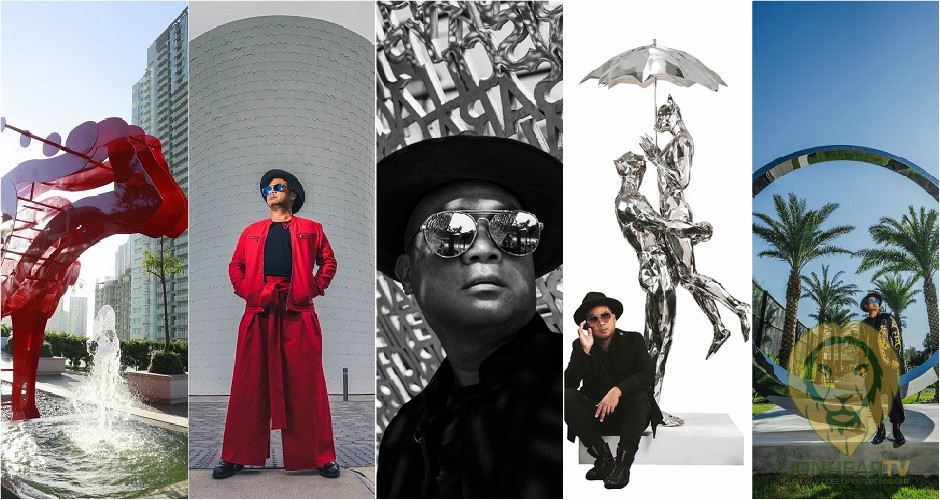 Today, JEFRË’s work can be found in multiple destinations worldwide with prominent pieces in Metro Manila, Bicol, New Orleans, San Antonio, London, and Miami. Structures such as The Beacon and The Code Wall in Orlando, Florida, stand as a living tribute to the lives lost at Pulse Nightclub.

JEFRË: Points of Connection runs from October 3rd, 2020 – January 3rd, 2021, exclusively at the Orlando Museum of Art, in Orlando, Florida, USA. For his latest work, like his official Facebook page: https://www.facebook.com/Studio-JEFRE-1671692746403819; and follow him on Instagram: @jefre_artist.