Star Creatives said that the series will not push through because it “cannot be accommodated at present because of the restrictive scenarios of shooting.” Nonetheless, Star Creatives still has plans to work with her in the future.

Before the start of the COVID-19 pandemic and ABS-CBN’s shutdown, the Kahit Minsan Lang series had already started its taping and it was supposed to resume this week.

On her Instagram Stories, Bea shared the screenshot of the announcement with a caption that said, “Fact.” 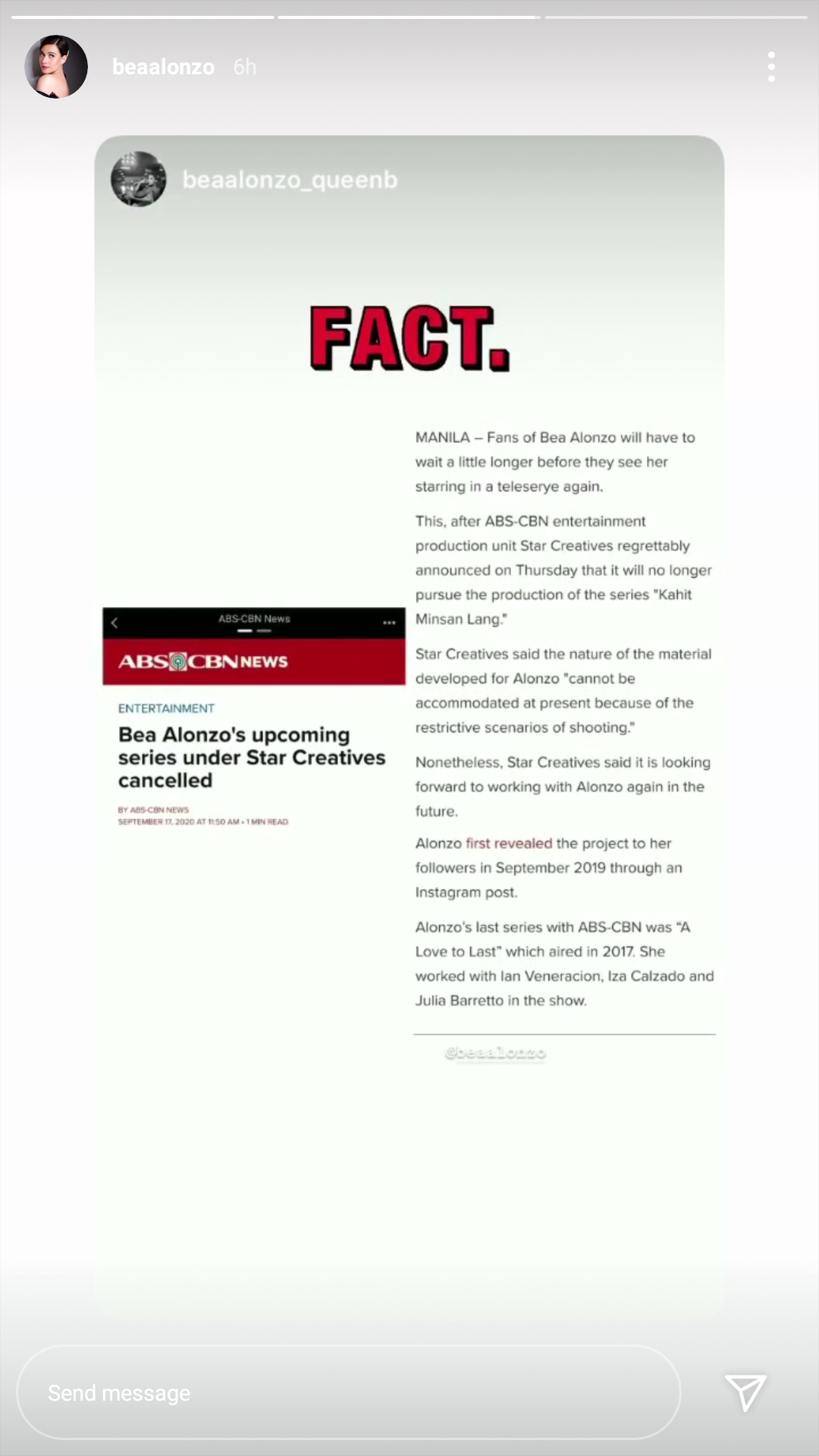 Prior to the release of the official announcement, different rumors about the cancellation of the series have circulated on the internet.

A source said that Bea allegedly backed out from the series because she doesn’t want to undergo a lock-in taping.

Meanwhile, others say that Bea and her rumored boyfriend Dominique Roque are set to be together on a vacation on an island that’s why Bea quit the show.

Many are now assuming that Bea will follow the move of Piolo Pascual who will soon have a Sunday noontime show with Catriona Gray on TV5.

However, Bea earlier dismissed the rumors that said that she received an offer from TV5 to be headed by Johnny Manahan under Brighlight Productions.