Actress Dawn Zulueta responded to a netizen who commented on her Instagram photo that showed her riding a bike.

The netizen tried to associate her bike ride with Agot Isidro’s issue with Jinkee Pacquiao’s post about bikes but Dawn decided to laugh off the comment as she didn’t want to create an issue with Agot. 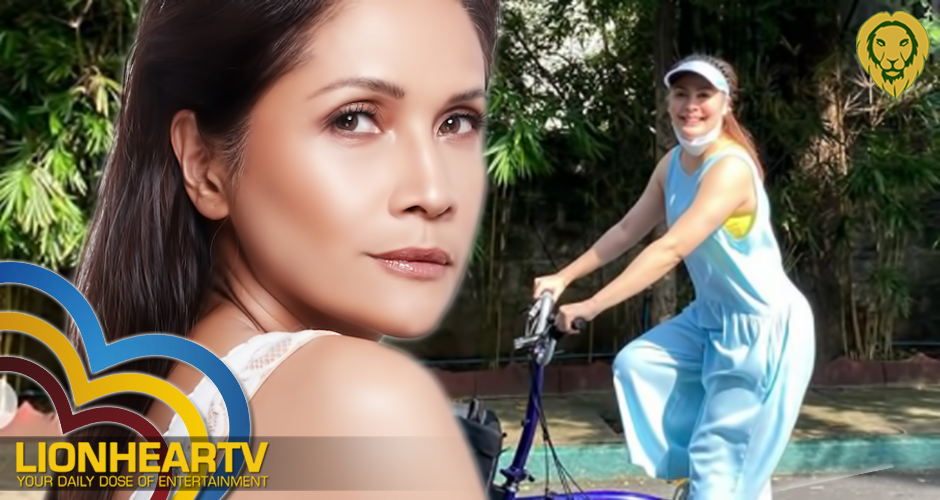 She posted her photo on her Instagram account saying, “🚲💯💙 Quarantine Life-behind-bars: Nothing compares to the simple pleasure of a bike ride 🚴🏻‍♀️💨🍃 .”

“🌬 Especially when coupled with old-fashioned things like early morning fresh air and sunshine ☀️ ” she added.

But she added that she didn’t want to include the issue of Agot to her post and noted that she just found the netizen’s act of being a basher funny. 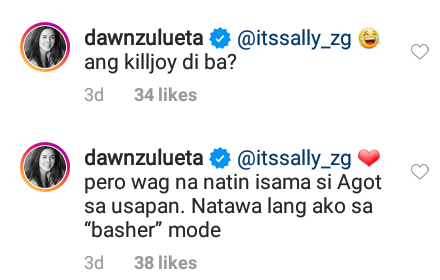 The said issue between Agot Isidro and Jinkee Pacquiao was about Agot’s criticism of Manny Pacquiao’s wife, Jinkee when she posted a picture of her luxury bikes with the brands of Hermés and Louis Vuitton.

Even though Jinkee mentioned that the bikes were a gift to them from their friend, Agot still criticized her saying that Jinkee shouldn’t post things like that because it was insensitive to other people who are suffering financially.

Dawn Zulueta is an award-winning actress who was recognized as the only Filipino actor to win two different major accolades in acting categories in a single year when she won Best Actress and Best Supporting Actress in the 1992 FAMAS Awards.

She also won the 2016 Gawad PASADO Awards as ‘Pinakapasadong Aktres’ for her role as Tricia in the film ‘The Love Affair’.