KC Concepcion admits she regrets that her relationship with Piolo Pascual did not last long and shared the lessons she learned over her past relationship.

The actress had some fearless revelations with G3 San Diego as she tracked back her relationship with Piolo. 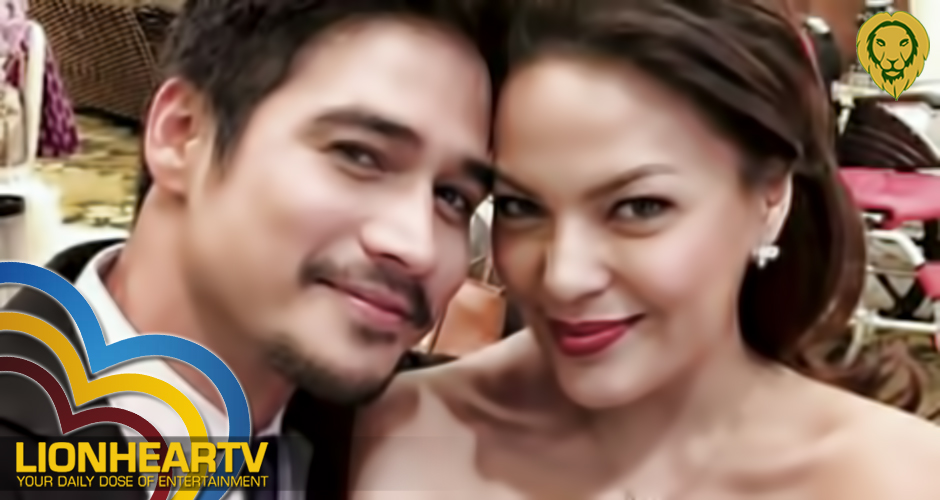 In an Instagram live interview, KC said that she is not reluctant to speak about her past relationship because it is a part of her past that she is willing to share with everyone.

“He has been a part of my life and this kind of conversation really helps people get to know me more and of course part naman talaga yun ng buhay ko and that’s my truth.”

KC revealed that even before working together in the teleserye, Lovers in Paris, she already had a crush on Piolo.

She said that she first saw Piolo when he visited the set of the shoot of her movie with Richard Gutierrez, For the First Time and it seemed to be ‘love at first sight’.

“And then sabi niya bakit. Sabi ko, ‘Para siyang may halo. Parang may light.’ I remember that. So parang at that time, na-realize ko tinamaan pala ako. ‘Yun pala ‘yon,” she said.

The actress then approached Direk Joyce Bernal, who is a good friend of Piolo to ask more personal things about the latter.

Eventually, they announced their relationship which she described as something ‘real’ for her.

She told that there is a reason why they ended up together in the past.

“There’s a reason why we ended up together, for me. People have so many things to say about him. I always say na may pinagsamahan kami. He’s like 10 years older than me. He started out like a kuya to me so I know exactly what people love about him,” she said.

Since the start of their relationship was announced publicly, they found a need to also announce their break up as she also did not want to let it affect her work.

“People know naman that it was very real for me. I was so young and naïve. It was announced publicly, that’s why it also had to be announced in public when it ended,” KC said.

“I can’t pretend. I cannot act on set. I cannot act like we are together, just to sell something. I was also very honest with myself at that time and I just said there’s no way I could continue to work with him,” she added.

G3 then asked her if she had regrets of publicizing their relationship, she replied, “I regret that we had to end.”

Despite their failed relationship, they established a civil relationship with each other.

“As with any breakup, you cannot be best friends with an ex. We are civil, we are okay. We had our little quality time in London when we did ‘ASAP‘ in London and it was a really funny, nice catch-up after everything. He asked if we could talk and without saying too much, we were able to talk a little bit,” she said.

KC then shared the things she learned in her relationship with Piolo.

“We all go through things in life. Whatever you go through, you will bring into the relationship that you have. So you have to make peace with the things you went through before, before you go into a relationship kasi kung hindi, bitbit mo ‘yun.

“I think what I learned is you will take with you the things that you have not settled in your life if you’re not honest with your life and your partner… Don’t waste what can be in the long term for something that is so short term,” she said.

When she was asked about the involvement of a third-party she declined to answer it and emphasized that she don’t want to talk further because she respects Piolo’s reputation.

Recently, rumors circulated that they will be having a comeback project which was not yet confirmed by the two.

Also, KC was recently seen with Moi Marcampo, the personal assistant of Piolo in photos together atin Batangas which caused netizens to speculate that Piolo and KC are together.