Known for his love of synths and soul, OJ Law captures the essence of pop music in its many facets; from catchy dance floor hits to cathartic break-up ballads.

On how this remix came about, OJ Law shares, “The first time I heard ‘Hoodie’, I had a weird out-of-body moment where I could feel the remix formulating in my head as I was listening to the song. It was so fully formed that I had no choice but to commit it to tape (hard drive).

“I’m really proud with how it’s turned out! It’s got a bit of Clairo, a bit of The XX, a bit of Robyn and a bit of Daft Punk too. Kind of like a throwback pop banger! I think it’s one of the best things I’ve ever done.”, OJ Law says of the final remix. 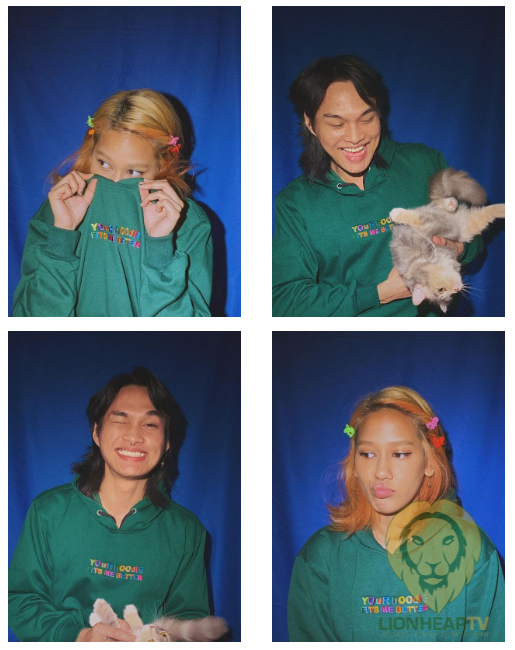 The original version of “Hoodie” follows Lunadira and Reddi Rocket’s first collaboration “Lotto”, which was released in January. The track gives listeners a taste of what to expect in their upcoming joint EP, set to be released later this year.

On the track, Lunadira shared, “‘Hoodie’ is a conversational tune about the simplicity of being in a relationship where all you tend to fight about is stealing hoodies from your favourite person. ‘Hoodie’ encapsulates that feeling of companionship, through things that remind you of each other, whether it be through a piece of clothing, a scent, or a song.”

After receiving a ton of requests from listeners, Lunadira and Reddi Rocket decided to finally release “Your Hoodie Fits Me Better” merchandise. The hoodie is available for pre-order now until 6th October here.

With plenty of musicality and heart, the enigmatic 26-year-old, Lunadira, is no stranger to the highs and lows of romance, serenading listeners with her delicate and unique perspective. Breaking away from the YouTube bubble of covers under the wing of This Way Up Records, the emerging star has gone from strength to strength with each consecutive single, accumulating 1.3 million plays on Spotify from almost 80 countries in the past year, performed at some of Malaysia’s leading festivals such as Good Vibes and Urbanscapes, as well as becoming the fresh new face of time-tested brands including Dr. Martens, Fred Perry and Levi’s. Lunadira has proven to be one to watch.

A multi-talented virtuoso who has remained mostly behind-the-scenes, Reddi Rocket is finally ready to carve a name for himself as Malaysia’s freshest emerging vocalist. With a wealth of studio and DJ-ing experience that includes opening for English duo Bondax and Soulection’s Andre Power and StarRo, the highly sought-after producer has reinvented himself to face the ever-changing landscape of the music industry.

The remix of “Hoodie” by OJ Law is available now on all streaming platforms: lnkfi.re/hoodieremix
Watch the original music video for “Hoodie” here: