Kapuso actress Bianca Umali was bashed by netizens who claimed that she was copying Nadine Lustre in her Instagram posts. 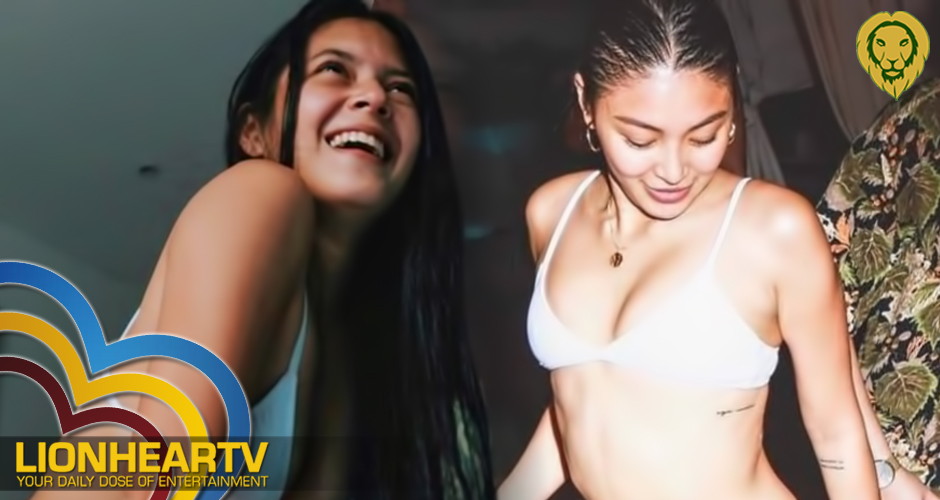 Although many expressed their love and adoration for the young actress, some netizens found something wrong in the photo for them to criticize it.

Even though Bianca didn’t engage with her bashers, her fans and supporters defended her and responded to the negative comments about her.

The 20-year old actress simply posted her mirror selfie showing her outfit and fit body but some netizens decided to leave negative comments about her and even used the name of Nadine.

One netizen basher pointed out that she is ugly and she was copying the posts of Nadine on her Instagram.

Bianca’s fans didn’t let the comment slide as they bombarded the basher with messages saying that Bianca is beautiful, unlike the basher who is ugly inside and out.

They said that the basher should just get lost as they claim that she is not welcome on Bianca’s account. Another fan of Bianca’s also mentioned that Nadine is not the only one who is allowed to wear such outfits. 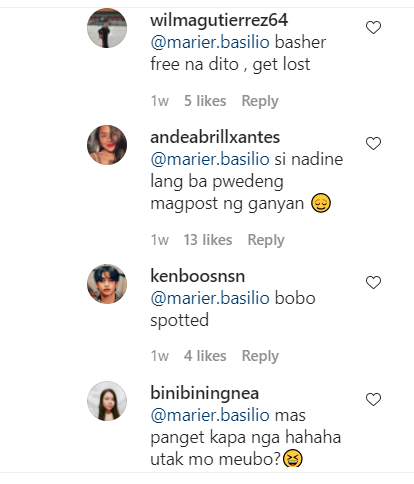 Some fans also said that the one who made the comparison between the outfits of the Bianca and Nadine was a fool and ugly for having a mindset like that. 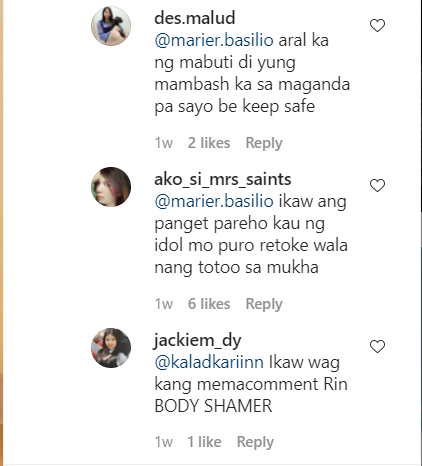 It can be remembered that Bianca was body-shamed when she posted a photo of herself on her Instagram account without any make-up on except for red lipstick.

Her post was dedicated to the #NationalLipstickDay as well as a promotion of a cosmetic brand. However, people bashed her looks saying that she looked extremely thin and dried out despite her young age.

Meanwhile, her rumored boyfriend Ruru Madrid came to her defense pointing out that people always have something to say that tends to hurt or degrade other people.

He added that he was dismayed over people who make fun of their fellow citizens. He said that people should encourage and uplift other people instead of bringing them down.

Bianca Umali is a contract artist of GMA Network and GMA Artist Center. She has been a part of several drama series such as Once Upon a Kiss (2015), Mulawin vs Ravena (2017), Kambal, Karibal (2017-2018), and Sahaya (2019). She recently became a part of HBO Asia’s thriller series Halfworlds.