Netizens expressed their concerns about the possibility of a boycott of the first Filipino animated Netflix film ‘Hayop Ka’ because of Robin Padilla whose voice work is included in the film. 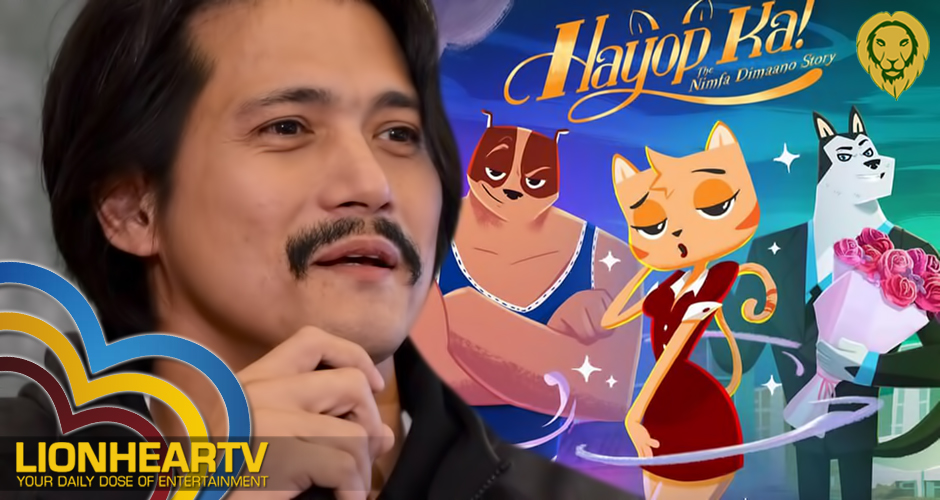 One netizen urged the public to not boycott the film for the animators.

PLEASE DO NOT BOYCOTT "HAYOP KA" !!

im aware that robin padilla is very disliked and has shitty opinions but please also consider how the philippines is terrible towards artists and animators and that this is a HUGE STEP for us aspiring creatives !!!

Another netizen also urged the public to watch the movie while acknowledging dismay over Robin’s fascist views.

One netizen also felt conflicted about the movie because of Robin but did note that he would watch it for the greater good and those who have worked hard for the film.

I think watching the film to support everyone behind it is a greater good than boycotting it, however.

Another netizen also struggled between supporting animators and boycotting the movie.

Genuinely struggling with the call to boycott Hayop Ka.

On the one hand, the animation industry in the Philippines doesn't get the credit, and support it should, and it's important for us to show that we will support more Filipino animated shows and films by watching it.

Another netizen asked why did the studio choose Robin as one of its voice actors.

of all the people out there who could voice their character, bakit si robin napili nila? #HayopKa

Another netizen also added that boycotts would send a strong message to producers.

Boycotting Hayop Ka will send a strong message to the producers.
That I do not support enablers and fascist.
Even if it's just my one voice, I will still not watch it. https://t.co/mxkEwSpFM4

Other netizens suggested recasting the role close to its release date on Netflix.

Please sign this petition! It's to recast Robin Padilla from the animated Netflix film: "Hayop Ka"

Robin Padilla is a known DDS and is causing so many people to not support the film. RECAST HIM! https://t.co/xWTySAuEXw

Robin is a known Diehard Duterte Supporter and had been subject to ridicule due to his fascist political views. On the other hand, the movie’s lead voice actress Angelica Panganiban has been vocal in her criticisms of the government especially with their response to the pandemic and ABS-CBN’s shutdown.

The animated film drops on October 29 via Netflix.

It revolves around Nimfa, a cat who must choose between two dogs, Roger and Iñigo. ‘Hayop Ka’ uses animal characters similar to Zootopia, tackling adult-themed storylines. Aside from Robin and Angelica, the film also features Sam Milby, Empoy Marquez, Arci Muñoz, and Eugene Domingo. Rocketsheep studios produced and animated the film together with Spring Films.

Rocketsheep Studios also created the 2016 semi-animated film ‘Saving Sally’. They also made the animated version of ‘Zsazsa Zaturnah’ which is based on a popular comic book.