Star Cinema is offering its first web series, jumping on the bandwagon of creative producers whose ingenuity overcomes the hurdles set by the pandemic against content production

Also available via podcast, the series is a first of many titles to come under ‘Listen To Love’, featuring adaptations of popular local web novels. 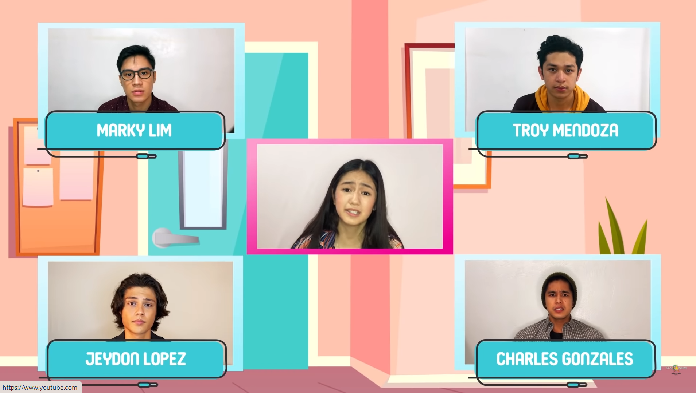 The Four Bad Boys and Me is about Candice Gonzales (Kaori Oinuma), a self-confessed resident loner and nobody of her school, Xavier High. Her story is presented through the narration of fourth-wall breaking, DJ Sari (Maymay Entrata). Her simple and quiet life is stirred by the entry of the four most popular guys in the campus, namely, Troy Gonzales (Aljon Mendoza), Marky Lim (Jeremiah Lisbo), Charles Gonzales (Mark Rivera), and Jeydon Lopez (Rhys Miguel), collectively known as ‘The Four Bad Boys’ who are notorious for their mischievous pranks that cause chaos in the school. Candice’s constant feeling of being misplaced in her school is what makes her wish to fast forward everything past her high school graduation －away from Xavier High, and away from the Four Bad Boys, with whom she thinks she is inevitably getting attached.

There is nothing much to say about the series, honestly, except that its creation comes very timely, when fresh content creation is rare and audiences are deprived of a decent number of choices. Also, its premiere comes on the heels of the exploding anticipation of fans who have been waiting for the series even before the pandemic started. 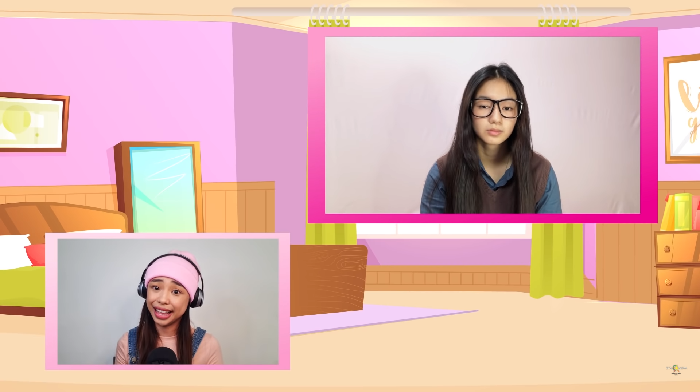 The first 23-min episode does not offer much about where the series is headed. Although, frankly, even those who are so into this type of entertainment, will admit that The Four Bad Boys and Me is just another version of countless others cut from the same cloth, with only different players to take roles.

What is unique about this adaptation, however, is that aside from it is also available via podcast (and can actually stand alone, as a podcast), the wonder of 2D animation is tapped to make up for the lack of physical location and actors to play minor characters. Actors are practically just reading their lines and try to act their lines out through facial reactions with a few body gestures that the limited frame they are in can only accommodate.

Maymay Entrata has a very special role in this series as the student DJ who seems to know everything about Candice and the Four Bad Boys. How she takes the role is also special, her comic and fun delivery and her constant breaking of the fourth wall provides the very thin narrative of Candice its needed texture.

For a web series that works fine with being just a love podcast, it is amazing how visual accompaniments make the voices more alive. Obviously, there is so much to improve about how these new actors deliver their roles, but thinking how the characters themselves feel lacking in terms of layers, to demand depth from the actors playing them may seem a bit of a stretch.

LISTEN TO LOVE PRESENTS: THE FOUR BAD BOYS AND ME is streamed every Sunday night on Star Cinema’s official social media accounts and pages.