Fun sketches, hilarious pranks, lively guests, are just few trademarks of this show. Viewers are treated with stand-up comedy and a variety of interesting segments that will leave viewers laughing. 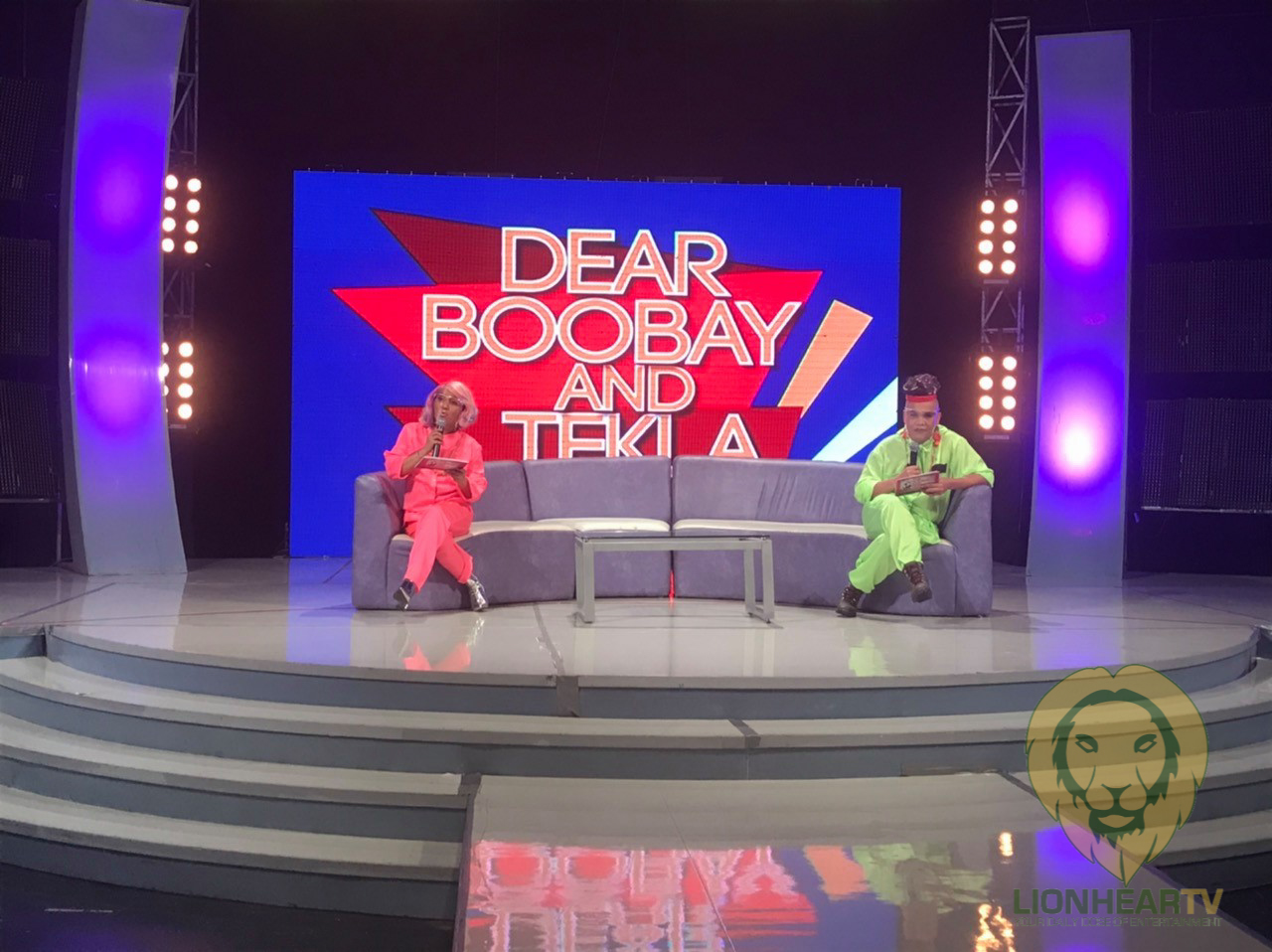 The live audience is missing in GMA Network’s The Boobay and Tekla Show, but the show goes on, and it’s business as usual for comedians Boobay and Tekla, who are more energetic than ever in treating their faithful viewers with more pranks and laughs.

The show kicked off with Tekla and Boobay introducing its virtual audience. They then proceeded to a hilarious interview with standees, including that of Dingdong Dantes and Jennilyn Mercado’s.

Popular segments of the show are back. In its first episode after a six-month hiatus following government’s implementation of lockdown measures, singer Mark Bautista, joined them in a modified-enhanced ‘Feeling the Blank’. The fun segment dares the guest to reveal some titillating secrets about themselves, by filling in the blank in the phrase or statement the two hosts provide. Questions like “Sinong popular actor ang gusto mong maka-kissing scene” were asked which Mark gladly provided answers for. But of course, as these questions are personal and involve privacy concerns, viewers are left wondering what the real answers are, as they are only revealed to the hosts.

The show also featured funny videos from viewers in a segment called “Pasikatin Natin ‘To”.

As GMA Network continues to comply with existing safety protocols set for the whole industry, physical distancing is strictly enforced on TBAT’s set and guests and hosts are required to wear masks. This compliance, nevertheless, didn’t disable the show from doing its hilarious sketches. Host Boobay joined guest Mark in the show’s hilarious iteration of the classic Pinoy legend of ‘Malakas at Maganda’.

The last segment of the show has the hosts Boobay and Tekla reading funny letters from viewers, to which they provide equally hilarious replies.

Lastly, the comic duo closed the show with a heartwarming Christmas song performance.

While the usual pranks are missing in the comeback return episode, all is well, in spite of the lack of a studio audience. It may take time before viewers will get to this setup, but as showrunners continue to find ways to make presentations like TBATS more engaging and alive, it may not take too long before all these look normal.