October, 2020 – Singapore – Malaysian-born, Toronto-based singer-songwriter Alex Porat shares a new single “forgot to forgive,” along with a music video directed by frequent collaborator Iris Kim. Soft and subdued, the song opens with a verse Porat talk-sings monotonously before lilting into a gentle waltz.

In the video she mirrors the gloominess of the lyrics, exchanging bright colors and bold outfits for dim lighting, dark circles under her eyes, and sweat. Instead of being surrounded by a gaggle of cute boys like in her “only hanging out cause i’m lonely” video, she’s confronted by a chillingly creepy clown. “forgot to forgive” is the final single from her 4-track debut EP, ‘bad at breakups.’ 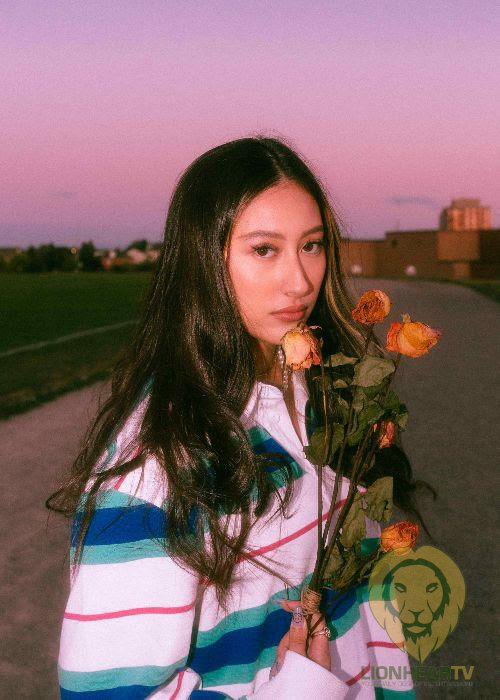 In collaboration with YouTube Music under the umbrella of its Foundry global artist development program, Porat is also hosting a livestream performance on her YouTube channel on October 24th at 10AM (GMT+8).

Of the new track, Porat shares, “‘forgot to forgive” is about being haunted by your past and being unable to move on. Growing up, I was taught that being able to forgive and forget was a powerful skill but I always had a really hard time forgiving and bad memories would stay with me for as long as I let them. To this day, I’m still trying my best to learn how to let go. I love how the video reflects an experience of sleep paralysis in connection with being haunted by people from the past. It mirrors the story the song tells and really brings to life the nightmare that a bad memory leaves you with.”

Director Iris Kim adds, “The approach to ‘forgot to forgive’ was so different than any of our other shoots. It was our first overnight since it needed to be filmed in a dark area which actually worked to our advantage (although we felt a bit loopy in the end). Alex was such a trooper, literally down to do anything. I asked her to cry at a certain part, which she did, but it didn’t turn out because of the positioning of her body in relation to camera. Her and Kate (the clown) complemented each other so well, too. There were parts where Kate would go into character and everyone behind camera was shuddering because of how bizarre she looked.”

“forgot to forgive” follows the EP single “never say ily again,” which juxtaposes bouncy and playful production with lyrics that express regrets about a past relationship. “I guess I just have bad taste,” she cheekily laments before launching into the catchy chorus. However she’s feeling, Porat doesn’t look fazed in the video as she smiles and dances in various hyper-pigmented scenes, all filmed through a whimsical 90s-esque fish-eye lens.

Before, “never say ily again” Porat shared “happy for you.” Dreamy and delicate, the bittersweet song details part of the introspective process of a breakup, lilting over a subdued trap beat and gently propulsive guitar melody. The video finds Porat navigating a music video shoot wrought with distraction and longing as she glimpses pictures of her ex on social media.

At the top of the year, Porat released her debut single and video “only hanging out cause i’m lonely,” which landed her on Amazon Music’s 2020 Artists to Watch list. Beneath a vintage bubblegum sheen, the video finds Porat looking onto the futile efforts of three affectionate cuties with regret, woefully uninterested.

“only hanging out cause i’m lonely”

Alex Porat is a magnetic force. She delivers lighthearted pop with serious skill, effortlessly combining memorable melodies with fresh electronic production and crystalline vocal delivery. The Malaysian-born artist may have grown up across the globe in Toronto, but she’s successfully built a massive fan base in Southeast Asia. Starting out, Porat gained a strong following on YouTube and Instagram for posting covers, then was featured in Glamour Magazine’s video series “You Sang My Song,” where Shawn Mendes reacted to her cover of his song “In My Blood.” 800,000 YouTube subscribers and 100+ million video views later, Porat makes her confident introduction as a fully-fledged songwriter and artist.

1. forgot to forgive
2. happy for you
3. never say ily again
4. only hanging out cause i’m lonely
The EP ‘bad at breakups’ is now available to stream here: alexporat.fanlink.to/badatbreakups
Watch the music video here