Several artists from different TV networks grieved over the death of Baby River Nasino who died 3 months after birth while the child’s mother, human rights activist Reina Mae Nasino who is currently a detainee, was deprived of her privacy to mourn the death of her first child. 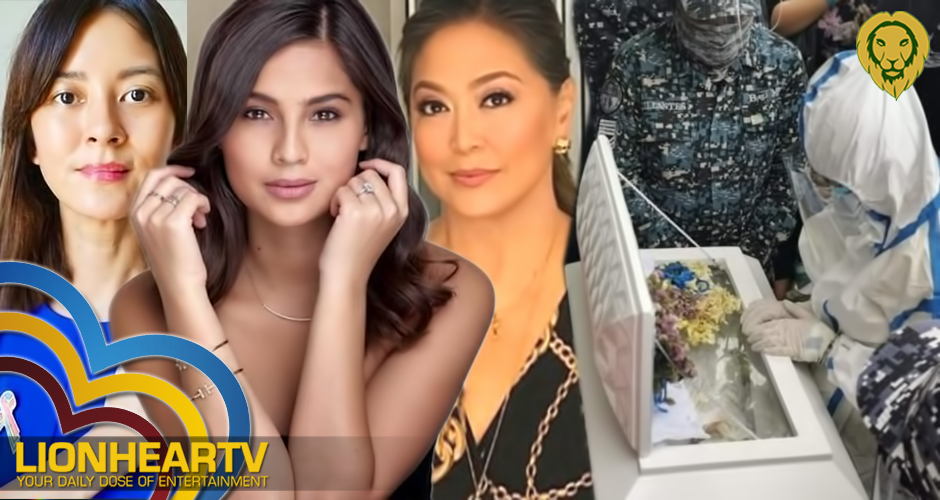 Reina was forced to wear personal protective equipment (PPE), have both her hands restrained by handcuffs, and was even escorted by 47 jail and police officers, the last despite the PNP claiming they had a lack of personnel.

Kapamilya artist Anne Curtis took to social media to express her dismay over the controversial issue and asked, “Was it really too much to ask to have compassion for a grieving mother?”

Was it really too much to ask to have compassion for a grieving mother? https://t.co/RMLMqyO9La

Anne’s sister Jasmine Curtis also expressed her sorrow about the untimely death of the child. She retweeted a post on Twitter about two photos comparing the death of late President Ferdinand Marcos and baby River.

“I don’t understand this,” she wrote on Twitter along with a sad face emoji.

I dont understand this ☹ https://t.co/raFaK8tW6C

In the two photos, it can be seen that the death of Marcos, who was responsible for Martial Law and thousands of deaths, was given a hero’s burial with military honors while Baby River who was innocent fell victim to the harsh justice system of the state.

News anchor Karen Davila also shared her reaction towards the issue pointing out that Reina Mae is simply an activist but the way that the government and police officials treat her is as if the bereaved mother was a convicted criminal.

Bianca Gonzalez expressed her sadness over the death of Baby River saying that the child deserved better.

It can be remembered that Reina Mae Nasino was deprived of her rights as a mother when her child was separated from her shortly after birth and was not even allow her to visit the baby in intensive care.

Netizens compared the harsh treatment of Reina to the special treatment given to some government officials such as Senator Bong Revilla when he was allowed to visit his ailing father and confined son numerous times.

Back when the senator was detained in Camp Crame over plunder and graft charges in connection with the pork barrel scam, he was still allowed to visit his father and son on separate occasions without the restraints of a handcuff, unlike Reina who can barely touch her baby’s casket because of her handcuffs.

Other netizens also compared the special treatment granted to Jinggoy Estrada who was detained in Camp Crame with similar charges to Revilla. Estrada was granted a medical leave, allowed to attend the high school graduation of his son Julian back in 2015, and was even allowed to attend his father’s 80th birthday celebration.

Netizens showed their dismay over the injustice between the said government officials and a normal citizen like Reina.

Chel Diokno said that the government didn’t show Reina any humanity in implementing the law.

Other netizens offered their condolences to Reina and prayed that she will receive the justice that she deserves.

KEEP SPEAKING AND USING THE HASHTAGS!! KEEP SPREADING AWARENESS BECAUSE WE WON'T STOP UNTIL MISS REINA AND BABY RIVER GET THAT JUSTICE!! NO MATTER HOW THE GOVERNMENT KEEPS THEIR EYES AND EARS SHUT, KEEP SPEAKING!! USE YOUR PLATFORM, BECAUSE YOUR VOICE MATTERS!! PLS SPREAD

remember the name REINA MAE NASINO, BABY RIVER, KIAN DELOS SANTOS, ZARA ALVAREZ, HANIMAY SUAZO, AND ALL OTHER INNOCENT PEOPLE YOU HAVE KILLED TO SILENCE THEIR SCREAMS FOR THEIR OWN RIGHTS. i really hope that this will forever haunt you.

We condemn the heartless actions of the PNP today, Oct 16. Reina Nacino should not experience this level of grief and trauma and for the PNP to take her child away is beyond horrible. We offer this poem to Reina and Baby River, and that they may get the justice they deserve. pic.twitter.com/KqbqzMS4Cc

This is the funeral of baby river. she wasnt given a peaceful and organized funeral, Police didnt give respect to baby river's family, This is Reina Mae, river's mother. She was handcuffed and surrounded by police the whole time, she was not a high profile criminal.++++ pic.twitter.com/Ie5Hpg66tK

The Philippine government's efforts to dehumanize Reina and baby River have only succeeded in showing us that cruelty is indeed official government policy.

STOP TURNING A BLIND EYE ON WHAT'S HAPPENING RIGHT NOW. SPEAK UP! YOUR VOICE MATTERS! USE YOUR PLATFORM TO SPREAD AWARENESS. GIVE BABY RIVER AND MISS REINA THE JUSTICE THEY DESERVE. #OustDuterteNOW #JunkTerrorLaw#FreeReinaMaeNasino#JusticeForBabyRiver#FreePoliticalPrisoners pic.twitter.com/cmP9Vc6QSj

The BJMP had to snatch Baby River’s casket and speed ahead so that the family and Reina Nasino’a fellow activists could be prevented from joining the actual burial inside the Manila North Cemetery.