Competition has gone both tougher and more exciting as the three giant networks, ABS-CBN, TV5, and GMA Network amp up their game to provide local audiences with the best Sunday noontime experience. 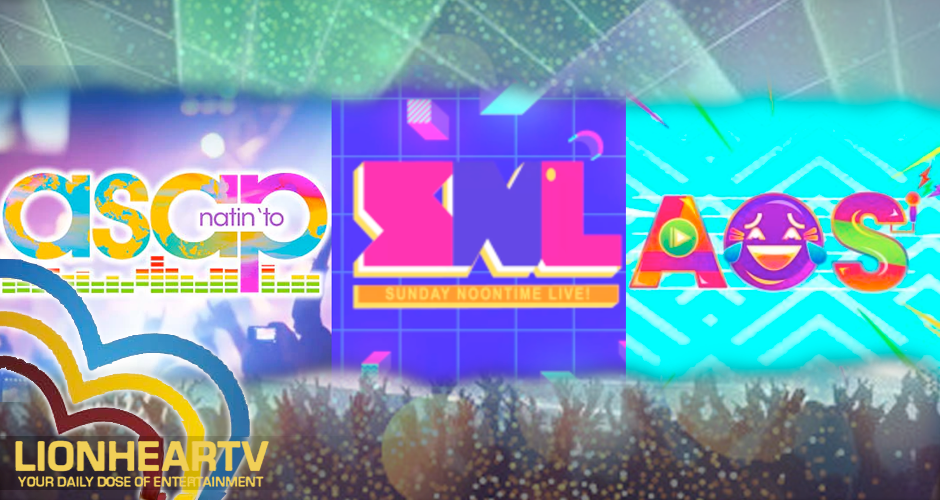 The most recent weekend marked an important milestone as Sunday noontime supremacy is again no longer between GMA Network and ABS-CBN as TV5 officially launched its own musical variety show several years after its last attempt to challenge the two tv stations.

It can be said that this turn of events would not have taken place sooner if ABS-CBN maintained its legislative franchise.

After the media giant’s shutdown, GMA Network was left alone in the playing field with All Out Sundays as the only Sunday noontime show on local television.

Its reign was short, however, as ABS-CBN’s return to free television, almost eclipses the premiere of blocktimer shows on TV5, one of such shows being the Brightlight Productions and CS Studios-produced musical variety, Sunday Noontime Live, which is bannered by Kapamilya stars who left ABS-CBN. Suddenly, there are three Sunday noontime shows, to choose from.

Mr.M, otherwise known as Johnny Manahan, who previously helmed ABS-CBN’s ASAP for many years now handles overall direction for TV5’s very own musical variety show. He brought with him some of the biggest stars he mentored at ABS-CBN, including Piolo Pascual and Maja Salvador.

Given that his signature direction style has what largely made ASAP a massive success, it is expected that he would give the same treatment to Sunday Noontime Live. And he did. The new show exploded with vibrance, both from the performances and the overall stage direction.

The show, now under Joanne Laygo’s direction, remains the home of more seasoned performers than any of the other two shows, housing some of the OPM icons, and most popular young artists of the country.

Under Laygo’s more contemporary vision, the show had to lose some of its trademarks but retained those audiences still root for. Birit and kilig performances are given special places in the show’s line up, and with the presence of senior stars, tributes to OPM icons seem poised to remain a regular feature.

One very noticeable thing about the new ASAP Natin ‘To, is that lighting and camera angles are now better. Stage design and lighting are also noted by netizens to have immensely improved.

GMA Network’s All Out Sundays, on the other hand, continues to deny real and legit performers on top priority.

This was during its segment ‘Ano Raw’, which taps legit performers to play in a parlor-game-style guessing game. This doesn’t make sense, but this isn’t just the show’s segments that put its performers with real talents to waste.

A comedy sketch show also eats up a considerable share of the show’s total air time. However, it doesn’t sound forgivable to forget the decent segments in the show. Mark Bautista, Christian Bautista, and Julie Ann San Jose remain the biggest singers of the show, and Four the Win keeps delivering top-notch performances headlined by San Jose and other GMA singers, including The Clash’s Golden Cañedo and Jeremiah Tiangco.

Posted by LionhearTV on Saturday, October 17, 2020

As network wars persist among the three stations, the battle for noontime supremacy still ensues. The entry of Sunday Noontime Live to the scene presents some welcome challenges to both ASAP and AOS, but the bigger efforts may need to come from the latter whose utter disregard for real talent has almost become a commonplace practice.