“Asia’s King of Talk” Boy Abunda is taking his expertise on show business, talk shows, and hosting on the live streaming app Kumu as he launches his newest program “The Best Talk” on the FYE Channel starting this Saturday (October 24). 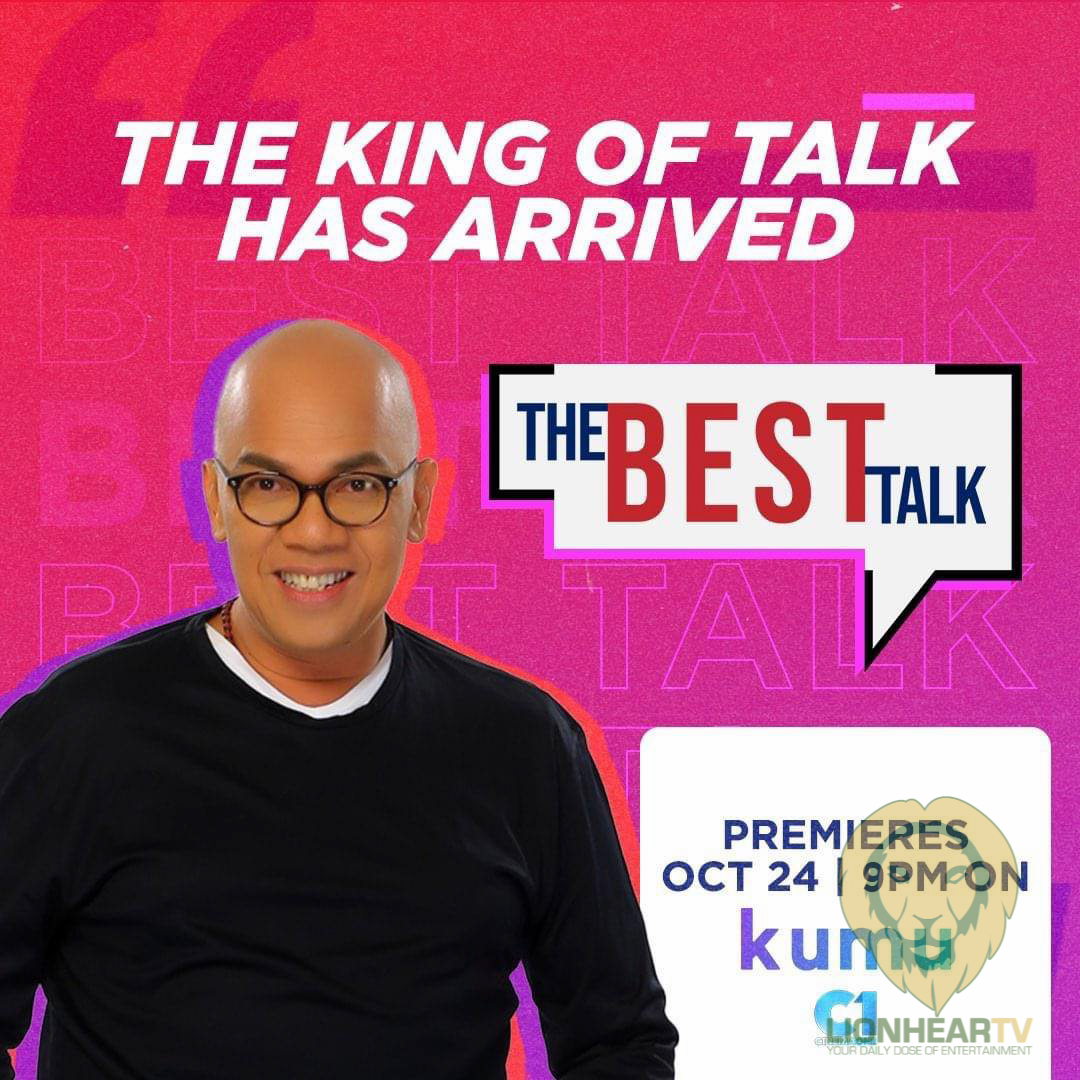 After hosting Cinema One’s “Inside the Cinema” for a decade, the seasoned talk show host returns to lead the cable channel’s latest online offering by conducting unfiltered interviews with today’s hottest celebrities and known personalities.

He will also fill the gap between mainstream media and online content creators and up-and-coming Kumu live streamers by getting to know them more on his show.

Aside from these illuminating conversations, “The Best Talk” will also feature Tito Boy’s live masterclass where he will tackle the significant components that make a successful talk show personality with a campaign-winning streamer on Kumu.

The live program is the latest addition to ABS-CBN’s recently launched FYE Channel on the trendsetting app Kumu, which offers a wide array of shows featuring Kapamilya streamers who entertain, teach, uplift, and converse with viewers via live streaming.

Have a glimpse of Boy Abunda’s unparalled experience in “The Best Talk,” streaming live on the FYE Channel on Kumu every Saturday at 9pm beginning this October 24, with simulcast on Cinema One’s Facebook page and YouTube channel.