Veteran director Joey Reyes took to social media to express his dismay over the self-learning modules that the Department of Education (DepEd) has handed out to the students. 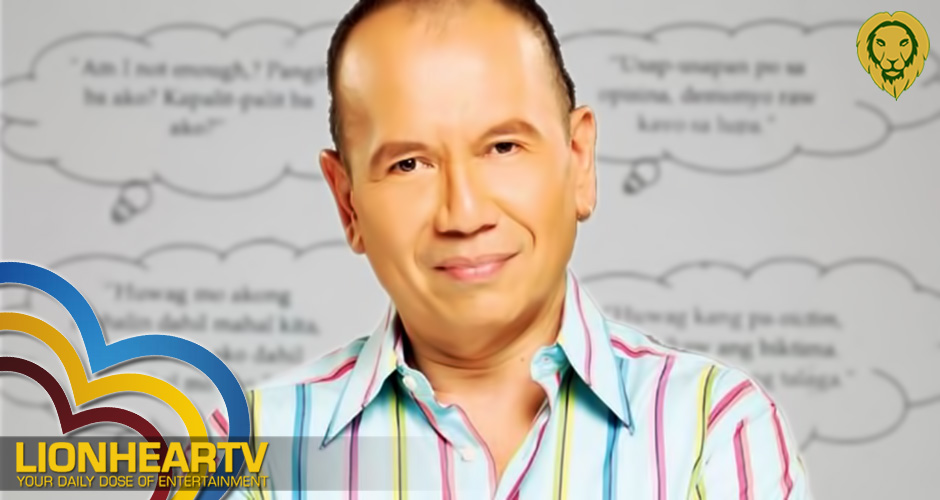 On October 26, he posted that he was “infuriated and demoralized” about the module regarding the subject Filipino 2 wherein the content showed that the students are being asked to name the celebrities who gave the mentioned “hugot lines” in the module.

Reyes mentioned that he saw the module through a friend who asked about his opinion. He questioned the ability of DepEd to show professionalism given that the department allowed such content and lesson to be distributed to the students. He noted that the teaching language of using “hugot lines” and “quotable quotes” from movies were questionable.

“A friend posted this on her wall, tagging and asking me what I thought of this Filipino 2 module that her niece was given to study rhetoric using our national language,” he said.

“What was not only dismaying but infuriating about the material is self-explanatory. What kind of vision and even professionalism exist among those in charge of education in this country if the teaching of language is based on identifying ‘hugot lines’ and ‘quotable quotes’ from local movies and asking who rendered these dialogue?” he added.

The director also questioned what sort of learning value will the students acquire by knowing the popular movie lines.

“What sort of learning expectations and deliverables are found here … or did whoever made this module think that involving popular culture trivia is an effective way to teach language?” he asked.

As someone who teaches Communication students at De La Salle University, Reyes explained that he is disgusted by the educational standards that the department offered just like with the mentioned module.

“I work in media, I work in the academe …. and, as I said, I am not only disgusted but infuriated and demoralized by the educational standards being shown to Filipino students,” he said.

He even lambasted those who were responsible for creating the module saying, “How can we develop a nation of critical thinkers whereas some of those who were given the responsibility of shaping the minds of the young are in dire need of brains and even dedication to their work as well?”

“Thus, today, I have concocted a new term: ‘EDIOTS.’ Idiots in Education,” he ended his post.

A friend posted this on her wall, tagging and asking me what I thought of this Filipino 2 module that her niece was…

Jose “Joey” Javier Reyes is known for his works in Philippine cinema including films such as Pahiram Ng Isang Umaga, Batang PX, and Kasal, Kasali, Kasalo for which he won awards at the Gawad Urian, Metro Manila Film Festival (MMFF), and Filipino Star Awards.

His latest work is Regal Entertainment’s Time and Again where he worked with the stars, Enzo Pineda and Winwyn Marquez.