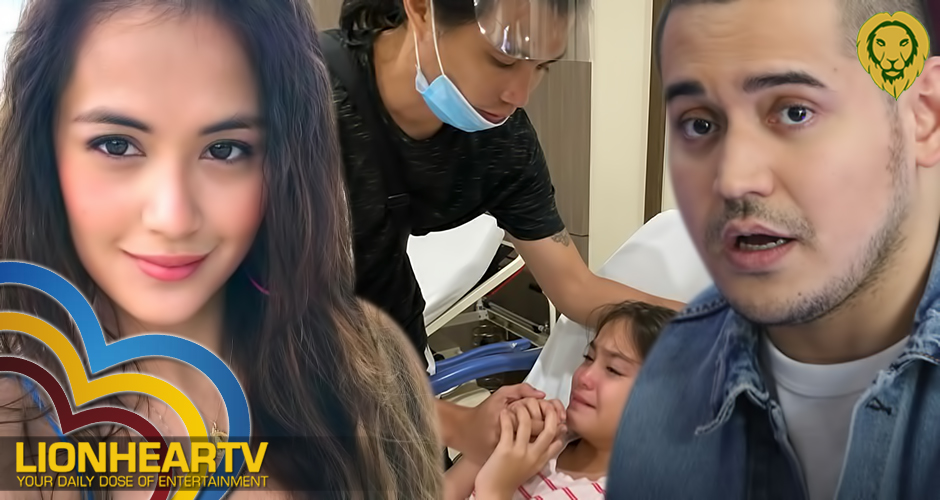 Lian wrote about her daughter’s unfortunate condition on her Instagram. She shared in her post that they had gone to the doctor after their dog bit her daughter, Xalene.

But despite being worried, the former EB Babe felt at ease because she has someone to be with her in this situation, her now-husband, John Cabahug, whom she addressed as the ‘father’ of her daughter.

Lian immediately clarified the follower’s question and said she was not Paolo Contis’ daughter.

“anak ko lang po and Thank God may Daddy na siya, (as shown on the photos).”

Previously, Lian stated that her ex-husband Paolo does not provide financial support to their children, Xonia and Xalene, through an Instagram post, “Most parents I meet in school and Most people know that my children are financially supported but from the start I became a single mother, I stand for my kids alone and then, I was blessed with a partner who shouldered everything for us after.”

I was in school early this morning for Xonia and Xalene’s recognition for being one of the honor students representing their grade levels. Xonia for grade 3, Xalene for grade 2. I cannot contain my happiness as a mother that these kids are consistent being honor students since they started their school here in cebu and to let you know, School where I graduated elementary and where I met John @anjan87 . Yes, we were schoolmates from grade 6 to 1st year highschool and who would have thought that he will stand to be the father of xonia and xalene. Not just physically and emotionally present which are the most important things to give a child but also, financially. Most parents I meet in school and Most people know that my children are financially supported but from the start I became a single mother, I stand for my kids alone and then, I was blessed with a partner who shouldered everything for us after. PEOPLE KNOW WHAT THEY HEAR and NOT WHAT THEY SEE. They are quick to believe what they think they see and hear. The truth is always silent. I thank God for John, I thank John for loving my children. It is the clear proof of his love for me. xonia, xalene and I have been through hell before we felt heaven and I am glad that we are here now. ❤️

As of now, the former EB Babe can’t help but be thankful for her partner John who stood beside her.

“Thank you, God for giving us strength today. Thank you kasi naagapan and Thank you for John for always being there. 🙏🏻”

Before they separated, Paolo and Lian lived together for four years. The former dancer said in an interview back in 2012 that financial issues and third parties were the reasons for their split. Lian said that it was Paolo’s decision to leave her with Xonia and Xalene, their two daughters. After their split, she said she had to raise their children alone.