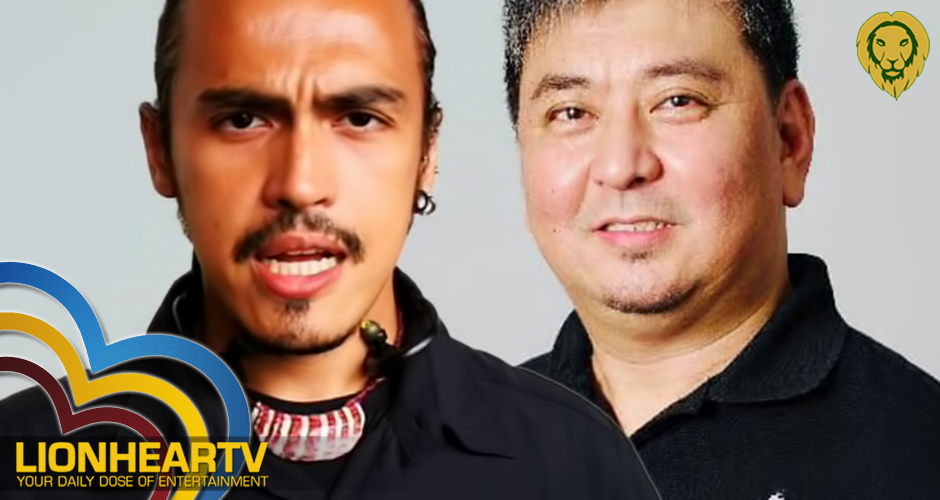 In a tweet, Kiko shared DDS blogger Mark Lopez’s tweets slamming Nasino for being a careless mother who does not deserve sympathy from the public.

In his tweet, Rustia blasted Lopez saying, “There’s a special place in hell waiting for this one.”

There's a special place in hell waiting for this one. pic.twitter.com/2LSBkXC8ms

Nasino is the activist who was accused of carrying illegal firearms and explosives and who eventually gave birth while in detention. She lost her child after they were immediately separated by the court.

She made headlines over the weekend after she was seen heavily guarded during the funeral of her daughter causing an uproar on both sides of the political spectrum.

Government critics slammed the PNP’s overkill security at the funeral to the point of not giving solemn private time to the family especially Reina Mae to grieve. DDS propagandists and supporters, on the other hand, hailed the security and put the blame on Nasino for being a careless mother.

Meanwhile, in a succeeding tweet, Rustia didn’t mince words in slamming Lopez over his arrogant and rude remarks against Nasino.

Rustia said Lopez’s soul must be already burning in hell right now even while he’s alive, same with those who agreed and celebrated Lopez’ outrageous statements.

In her tweet, PAB shared Lopez’s other tweets which targeted Liza Soberano saying brands should rethink associating with Liza as their endorser and asking parents to let their child stay away from idolizing Liza because she’s a “danger to society”.

PAB then asked netizens to report Lopez with a hashtag #DefendLizaSoberano

Liza’s manager Ogie Diaz also reacted to Lopez’s post asking parents to children to stay away from DDS trolls like Lopez because they are dangerous to our society.

“Guys, if you love your parents and children, tell them to stay away from this troll. He is a danger to society,” Ogie tweeted.

Guys, if you love your parents and children, tell them to stay away from this troll. He is a danger to society. 😜😜😜 pic.twitter.com/NmxioXKBfB

Lopez is a known DDS Propagandist whose work is to defend the admin from criticism resulting in spreading fake news and attacking every critic of the government.

Meanwhile, apart from Rustia, other celebrities also took to social media to share their reactions to the unjust treatment of Reina Mae during the wake and funeral of her daughter Baby River.

Anne Curtis in a tweet asked where’s is the government’s compassion for a mother who lost her infant child.

“Was it really too much to ask to have compassion for a grieving mother?”

Was it really too much to ask to have compassion for a grieving mother? https://t.co/RMLMqyO9La

Anne’s sister Jasmine also took to social media to share her disgust about the government’s response to Reina Mae compared to how it handled the surprise funeral of the dictator, Ferdinand Marcos, to the Libingan ng Mga Bayani.

“I don’t understand this,” Jasmine tweeted.

I dont understand this ☹ https://t.co/raFaK8tW6C

Another Kapamilya journalist, ABS-CBN North America Bureau chief TJ Manotoc also shared his reaction via a photo from Reuters where Reina was capture holding a flower while still handcuffed.