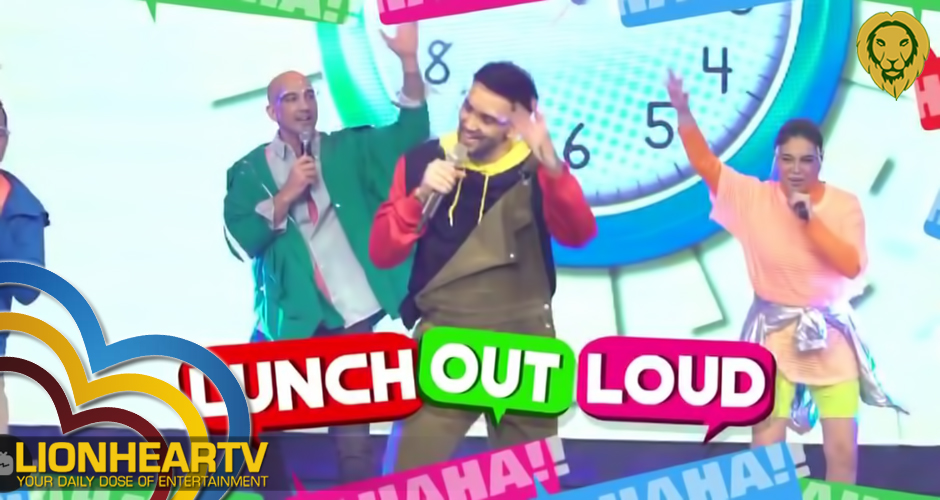 The lack of innovativeness makes it hard to appreciate this new noontime show, but there are strong points to consider, including its interesting mix of hosts who often engage in hilarious banter, which is one of the noontime show’s prevailing touchstones.

TV5 continues to amp up its programming now that it remains the only other free tv network with nationwide presence, that can rival the now leading GMA Network. After launching three new other shows last Sunday －including the twitter-trending, Sunday Noontime Live (SNL) － its first noontime show in years, aired for the first time on Monday. Lunch Out Loud or LOL, seems poised to present serious competition to long time leaders, ABS-CBN’s It’s Showtime, and GMA-7’s Eat Bulaga, but its lack of innovativeness seems problematic.

Lunch Out Loud is just one of four noontime shows airing these days, the one unmentioned being Net25’s Happy Time. Hosted by already familiar faces and helmed by veteran director and star builder, Johnny Manahan (Mr.M) the show is conveniently well-positioned to start strong in the competition. It’s Showtime, the other noontime show which its lead host, Billy Crawford came from, had just its audience reach, drastically reduced (although this may change very soon, given ABS-CBN’s and Zoe Broadcasting Inc.’s aggressive move to expand A2Z’s digital presence), so now, LOL has almost only Eat Bulaga to seriously mind.

Its six segments don’t look very inviting. But if there is one that I think holds some potential, that would be KanTrabahador, which is again not a new concept in noontime shows, but since talent shows are what many Pinoy viewers are into, the segment seems to have a fighting chance against It’s Showtime’s Tawag Ng Tanghalan, or any other similar segment Eat Bulaga may come up with in the future － since it doesn’t have one, at the moment. There are some creative tweaks introduced that makes it exciting, although the turning chair doesn’t scream too much for its lack of ingenuity － come on, we’ve seen it on another massively popular singing search, let’s be honest.

The other segments are mostly noontime show staples. Color Game is a color-guessing game that entails a home viewer’s participation. It’s a good parlor-game-type segment that utilizes both the hosts and viewers to play. Quiz Universe is a beauty pageant for young girls who represent their respective school o barangay. In the game, they have to come up with a fashionable PPE attire and national costume to be able to answer questions in the Q&A round － again looks familiar, right?

Pera Usog is the show’s version of Pera O Bayong, Laban O Bawi, Will of Fortune, and other several noontime segments, although here, the host does not offer a price to convince the player not to proceed until the end of the game.

The show’s public service comes in the form of Sagot Mo, Sagot Ko, where the show calls a lucky home viewer and offers them to shoulder paying their bills. “Daddy Bills” (Billy Crawford) engages the winner in a mostly heartfelt discussion and tells the viewer “Sagot lahat ni Daddy Bills” in the end.

It is interesting to note that this isn’t the first time Mr.M conceptualized and directed a noon-time show. At ABS-CBN, he led the network in its bid to topple long time-leader, Eat Bulaga, with various noontime shows, including MTB (Masayang Tanghali Bayan), Happy Yippie Yehey, Wowowee, and Pilipinas Win Na Win, none of which able to last long enough to finally end then Eat Bulaga’s almost 30-year reign. Of course, ABS-CBN’s luck finally came with the arrival of It’s Showtime, which is now entering its 11th year on air.

With its interesting mix of hosts, Lunch Out Loud brims with overwhelming potential. That potential, however, is undermined by the show’s lack of innovativeness. The set, itself, lacks sophistication that it may remind viewers ’90s variety shows. This may be Mr.M’s biggest problem, as he seems stuck with his old strategies. This is also reflected by his other show on TV5, the musical variety show, Sunday Noontime Live, where the segments and groups he created almost perfectly resemble what he did with ASAP. Of course, a popular show with a cult following may still get high ratings no matter how uninventive its segments are, but for a show that is yet to prove itself to the audience, his choices for Laugh Out Loud does not look appealing, at all.

There are positive points, of course. The presence of at least four comedians in the show reminds the viewers that there is enough reason to laugh watching the show, and to their credit, the funny banter between the hosts seem to work. None of K Brosas, Wacky Kiray, and Alex Gonzaga, are as big a comedian as Vice Ganda, but when you think even Vice Ganda didn’t start as a household name in It’s Showtime, we’re kind of reminded that maybe one of these comedians will become big too, and that’s something to look forward to in the show － that is, if it lasts long enough on air.