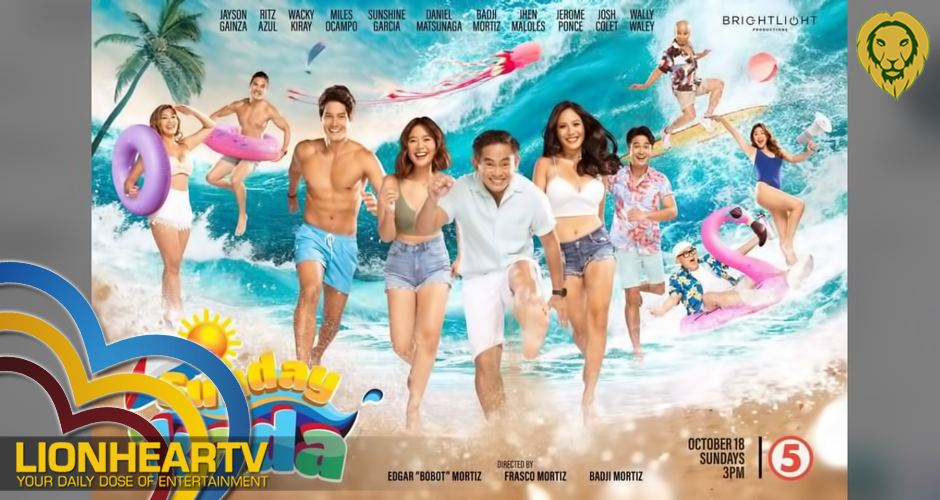 WHY YOU SHOULD SEE IT:

The new Kapatid gag show is helmed by the same director of known comedy sketch shows that have pretty become standards of this format.

Featuring almost the faces from the now defunct ABS-CBN comedy sketch show, Banana Sundae, and being helmed by the same director, ‘Sunday Kada’ feels like the same show, carrying the same tone and energy of its predecessor.

SundayKada was one of the three new Brightlight Productions-produced programs that premiered on TV5 on October 18, the other two being the Sunday musical variety show, Sunday Noontime Live (SNL), and the weekly romance drama series, I Got You.

Like Banana Sundae, Sunday Kada follows a sketch and gag show format, which entails hosts and actors to play funny scenarios and perform comedy skits. This format has been a regular feature on any network, and in fact, a lot of successful many titles were produced under the format. Edgar Mortiz, who who have created other acclaimed gag shows, including Tropang Trumpo and Goin Bulilit, is responsible for the creation and success of Banana Sundae, and now Sunday Kada.

The pilot episode of the show was shot at Boracay, which became the main setting for all its sketches during SundayKada’s episode. This choice to shoot largely outdoors is a bit different from the usual Banana Sundae set up where almost all the gags were performed at a stage in front of a live audience. Although we can’t tell yet if Mortiz will later on decide to come back to doing such again in future shows.

Interestingly, Mortiz choices for SundayKada kind of fits the ‘gag show’ template developed in TV5, which was followed by the network’s earlier gag shows like Ispup, Lokomoko, and Tropa Mo Ko Unli. The Boracay setting also allowed the show to get liberal with their choices and come up with better comedy subjects. Again spoof and parodies are common features in shows like these, and in SundayKada, they seem to become a regular segment. Stereotypes are also going to be a hit punchball and can be a regular topic in the show’s upcoming sketches.

Overall, the pilot episode is a solid start. If this continues in the next episodes with the same energy, then the show will too, continue to lighten up Sunday afternoons with its dun sketches and hilarious skits. The ‘Boracay’ idea seems to have worked out, and as Jayson Gainza, Wacky Kiray, and the rest of the show remain in the ‘comic’ element, it’s no question that the show will duplicate the success of its predecessor.

SundayKada airs on TV5 every Sunday. Watch the teaser below: