ABS-CBN’s new teleserye “Walang Hanggang Paalam” has been picking up positive comments from viewers who tuned in to the series’ first episodes that featured dramatic confrontations and action-filled scenes.

The series’ pilot week is shaping up to be an exciting thriller as ex-lovers Emman (Paulo) and Celine (Angelica) go on a frantic search for their son Robbie, who was abducted by Dexter (Jake Cuenca). While desperately trying to come up with a solution, Celine confronts Emman about his broken promises in the past while her fiancé Anton (Zanjoe Marudo) blames him for the trouble he has caused. 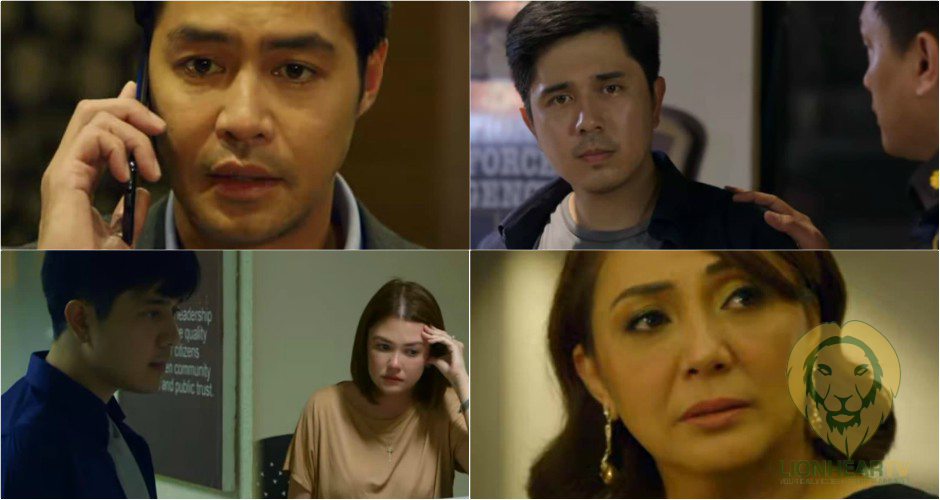 On social media, netizens shared their thoughts on the heart-racing episode with Carmencita Rafael commenting on YouTube, “From the very start, this show already puts you in awe with the scenes full of suspense. Angelica looks effortlessly pretty, Paulo fits the role perfectly, and Zanjoe nailed his part as always. While Ms. Cherry Pie’s glamorous role here is far from her usual roles but in fairness, she can give justice to both roles!”

“Wow, this show is beautiful and really worth it. The characters are great, especially Ms. Angelica, Paulo, and Zanjoe, including Jake, they all had very intense scenes. I had no idea the story would unfold that way, they really did a good job,” shared Rhodzsam Latoja on YouTube.

Cristina Goco also commented, “Loved every scene! The consecutive heavy drama scenes for Angelica and Paulo impressed me all the more. This is the kind of teleserye I’ve been looking for. There were a lot of twists that I did not see coming. How beautiful!”

Viewers can look forward to more exciting developments as Sam, played by Arci Munoz, enters the picture and tries to get close to Emman by helping him look for his kid.

Meanwhile, stars of the show are also able to interact with its online viewers on “Walang Hanggang Kamustahan,” which streams live in between gaps on Kapamilya Online Live on YouTube and Facebook.

Follow along in the search for Robbie by watching “Walang Hanggang Paalam” from Mondays to Fridays at 9:20 PM on cable and satellite TV via Kapamilya Channel (SKYchannel 8 on SD and channel 167 on HD, Cablelink channel 8, G Sat Direct TV channel 22, and most cable operator-members under Philippine Cable and Telecommunications Association).

Watch it also on Kapamilya Online Live livestreaming daily on ABS-CBN Entertainment’s YouTube channel and Facebook page, on the iWantTFC app (iOs and Android) and on iwanttfc.com, and on The Filipino Channel.