Isabela governor Rodolfo Albano III is now under fire from current and former employees of ABS-CBN. 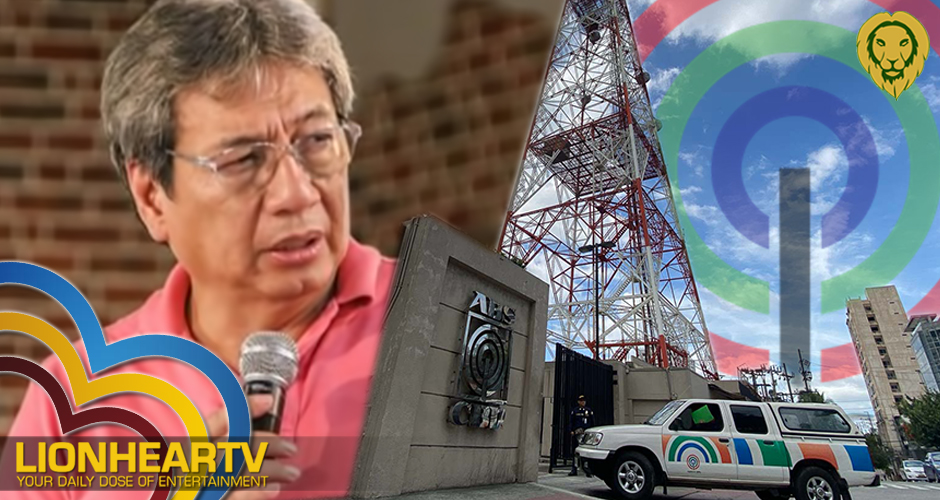 In an interview with ANC, Albano wished that ABS-CBN should have sent some of their crew to cover the state of Isabela after typhoon Ulysses ravaged the province.

However, he forgot that out of 70 congressmen who voted for ABS-CBN’s shutdown, 6 of them were from Cagayan and Isabela. It can also be recalled that his brother, Antonio Albano, was the vice-chairman of the House Committee for Legislative Franchises.

ABS-CBN Tuguegarao and Isabela stations among those shut down as a result. | via @IanEsguerra pic.twitter.com/zeNaZeCEpy

Because of his remark, several current and former employees of the media company took to Twitter to voice out their opinion on Rodolfo Albano’s statement.

ABS-CBN producer Roque Rox Santos pointed out how the governor just laughed after his mistake because he did not realize how unintelligent his comment was.

Digital Head for PBB Connect Jerome Vargas tweeted, “Governor…yung nangyayari po sa ating lahat ay hindi nakakatawa o nakakatuwa. You’re making fun of yourself.” He referred to how Albano assumed that it was funny for employees of ABS-CBN who have lost their jobs because of the rejection of the company’s franchise renewal.

ABS-CBN journalist Lynda Jumilla-Abalos could only tweet “boom” because of how Ian Esguerra, the news anchor of ANC blasted the remark of Abalos. It can be seen in the video that Esguerra asked the governor if he forgot that the Kapamilya network was not given the license to operate.

Former PTV4 host Jules Guiang tweeted, “Whoops napahiya si Gov nang malala hahaha,” after the governor was roasted on forgetting that his brother and 5 other congressmen who voted for the network’s termination were now seeking help from ABS-CBN.

ABS-CBN Executive Ethel Espiritu slammed the governor for blaming ABS-CBN for failing to cover the news about Cagayan and Isabela.

Journalist Bianca Dava reacted to how the governor tried to shift the fault to the Kapamilya network for not coming to Cagayan to report the state of the region.

She tweeted, “Passing the buck.”

Some employees of the media company mentioned how the governor’s brother who voted for ABS-CBN’S shutdown was given a lesson as to why the network was an important asset on information dissemination.

Broadcaster Karen Davila tweeted, “He probably even forgot his brother voted against the franchise which makes me wonder if the 70 who voted against the ABS-CBN franchise renewal really understand what they did to their own constituents, to the country, and to our democratic landscape.”

He probably even forgot his brother voted against the franchise which makes me wonder if the 70 who voted against the ABSCBN franchise renewal really understand what they did to their own constituents, to the country and to our democratic landscape. https://t.co/hdU7uR3sJe

Even former ABS-CBN producer Nick Villavecer lamented on how the governor’s brother did not realize that ABS-CBN’s regional network, especially in Cagayan, could have been crucial at times like this.

He tweeted, “Perhaps if your brother realized early on that ABS-CBN Regional’s role in your province is crucial during calamities, you wouldn’t have to ask for coverage and look stupid while laughing as you realize your family helped butcher the network’s franchise.”

Perhaps if your brother realized early on that ABS-CBN Regional’s role in your province is crucial during calamities, you wouldn’t have to ask for coverage and look stupid while laughing as you realize your family helped butcher the network’s franchise. https://t.co/HYAw2AhrPE

For journalist Kevin Manalo, the lesson that these politicians from Cagayan should learn is that they rely heavily on ABS-CBN to relay the information to the masses. Without its franchise, it would mean that the regional group of the network will have no authority to operate as well.

“Takeaway from this interview: The LGU of Isabela used to rely on media, particularly ABS-CBN Regional, in getting information out to the public the quickest,” he tweeted.

Takeaway from this interview:

The LGU of Isabela used to rely on media, particularly ABSCBN Regional, in getting information out to public the quickest. https://t.co/q9Ok9bDVQx

For Rappler CEO Maria Ressa, it was only what they would get after shutting down the Kapamilya network which had the widest reach in the country.

She tweeted, “We reap what we sow, don’t we? Dear PH gov’t, when political patronage and legislative capture kills the newsgroup that has the widest reach, you, your family, the people who elected you, suffer. #CourageON.”

We reap what we sow, don't we? Dear PH gov't, when political patronage and legislative capture kills the news group that has the widest reach, you, your family, the people who elected you, suffer. #CourageON https://t.co/I14ae6maC6

Even some celebrities under ABS-CBN commended the ANC anchor for showing the guts to slam the governor from trying to put the blame on the media network.

In her tweet, Agot Isidro praised Ian Esguerra whilst reminding those who voted for ABS-CBN’s termination that they will never forget what they have done.

In his tweet, he wrote, “Salamat @IanEsguerra for showing this.”

Salamat @IanEsguerra for showing this💎 https://t.co/AaXDXLHr8F

Moreover, the actor also reminded that the 6 congressmen who aided in putting down the network were also the ones who were now blaming ABS-CBN for their lack of coverage in Cagayan.

Last July, ABS-CBN lost its franchise after the Committee on Legislative Franchise denied the network’s application for a new 25-year franchise. As a result, the broadcasting company closed its 53 regional television and radio stations. TV Patrol Cagayan Valley, which was the major source of news in the region, was one of the stations of the network that were shut down.

1st District Rep. Antonio Albano, the brother of Isabela governor, Rodolfo Albano III, was among the lawmakers who voted for the rejection of the network’s franchise application.