They each posted a picture of the list of the successful examinees in the Physician Licensure Examination (PLE) with their names on their respective Instagram accounts. 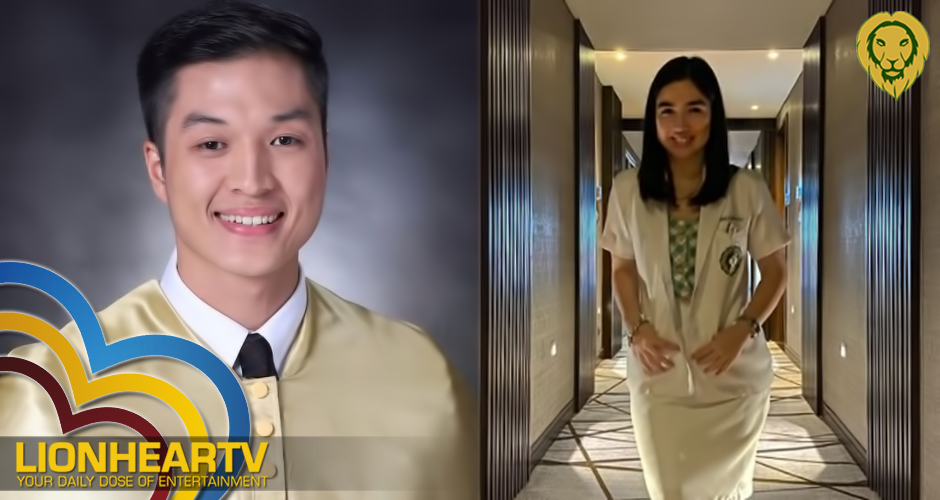 The PLE is the professional licensure examination for incoming physicians in the Philippines. It is exclusively administered twice a year by the Professional Regulation Commission.

Recently, the Professional Regulation Commission (PRC) announced that 3,538 out of 4,704 passed the PLE given in the cities of Manila, Baguio, Cagayan De Oro, Cebu, Davao, Iloilo, Legazpi, Lucena, Tacloban, Tuguegarao, and Zamboanga this month.

On Thursday, November 26, Dungo shared with his Instagram followers that he passed the PLE saying that he’s looking forward to his journey of saving people’s lives.

He mentioned that he is grateful for all the people who supported him and made his dream come true. He said that those people deserve all the acknowledgment.

“We made it! Thankful for everyone who made this dream possible. This is for you papa, mama, kuya Cocoy, Bubut, my grandparents, Duñgo and Chai family, and to (my newly licensed doktora too!) Janelle 💯”

“To all my mentors, family, and friends from ICCS, PGMNHS, PBB, Star Magic, UST Faculty of Pharmacy, B4, UST Faculty of Medicine and Surgery, and UST Hospital, you all have been part of this long journey and you deserve all the acknowledgment. 26 years in the making! 🙌🏻”

He also said that his achievement is only the beginning of his career in saving the lives of people.

“It’s only the beginning but hey, here’s to saving lives, one patient at a time!” he said.

On the other hand, former Kapamilya talent Angeli Gonzales also passed the PLE and is officially a licensed doctor.

She shared her success on her IG account saying, “Finally #LicensedtoHeal 🩺 To God be the Glory!”

Gonzales was more active in showbiz in the early 2000s as a child star. She was known for her role as April Muñoz in the teen situational comedy Luv U (2012).

She was congratulated by some celebrities like Kristel Fulgar, Ara Mina, and Isabelle de Leon.