Recently, actress Kris Bernal made an appearance on the TV5 talk show Chika BESH. It sparked interest from media and fans about her possible network transfer.

Bernal confirmed in her YouTube vlog that her contract with GMA Network Center already expired with no news of a renewal. She then confirmed being a freelancer with no manager.

“My first and only manager throughout my showbiz career for more than 13 years now was GMA Artist Center. So, during the contract, of course, exclusive ako to GMA. But then, it expired nga po, so of course, nawala na rin iyong exclusivity and effectivity ng contract. So, right now I can say that I’m a freelancer,” said Bernal.

Previously, there were rumors about Bernal moving to the Kapamilya network but it didn’t really come to fruition. 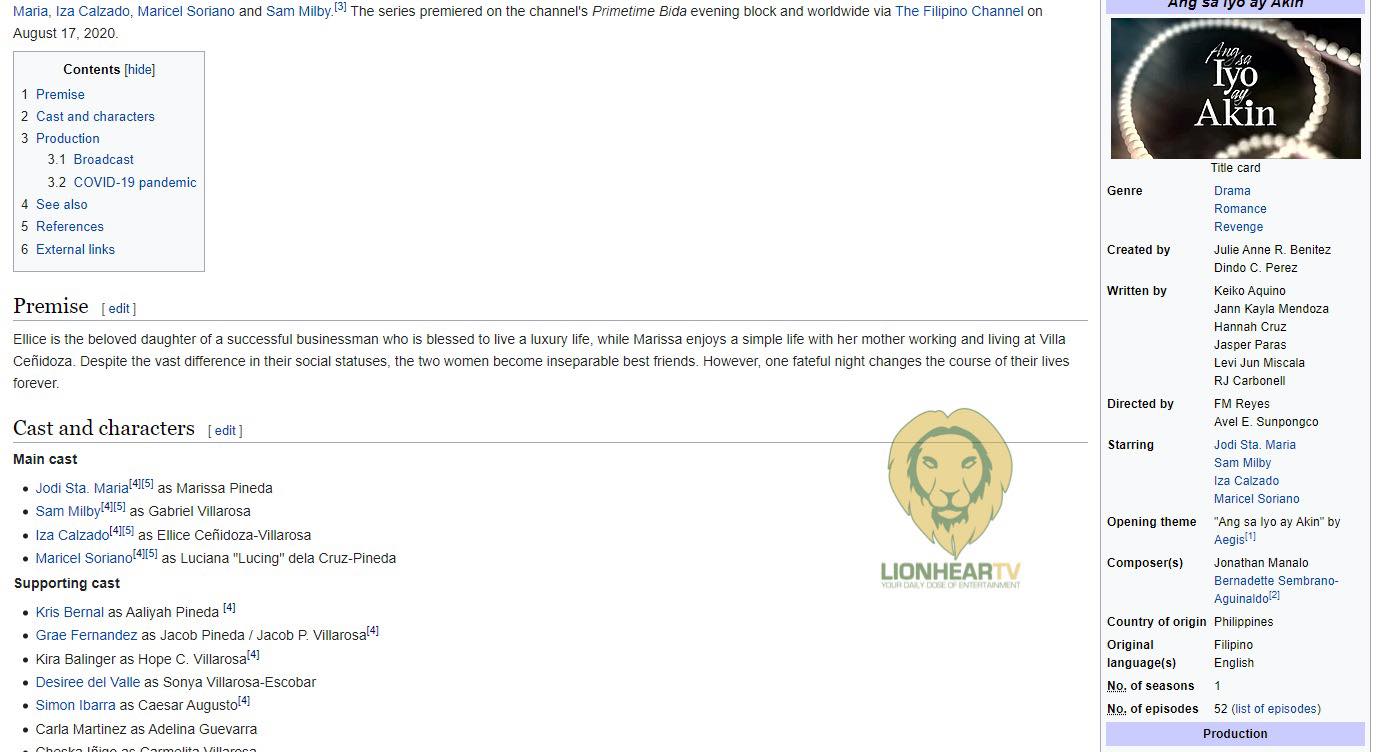 Now, after all these speculations, Wikipedia cited Bernal’s name as a cast member of the ABS-CBN teleserye, Ang Sa Iyo Ay Akin. Bernal supposedly will portray the character, Aaliyah Pineda.

Take this information with a grain of salt, but is Kris Bernal finally becoming a Kapamilya?

It is notable that with Wikipedia pages, the possibility of the news of Bernal becoming a Kapamilya can either be true or false.

What we are sure of is that Ang Sa Iyo Ay Akin showrunners are adding new characters to the teleserye.