Actress Angel Locsin posted an Instagram story wherein she expressed that people ask about the actions done by a person and not their political parties.

In her story, Locsin expressed that political parties won’t matter to people in the future. She then pointed out that people focus on actions done.

Locsin then added that people ask for accountability on companies responsible for calamities, such as floods, landslides, and pollutions.

“The future generations are not going to ask what political party you were in. They are going to ask what you did, when you knew about those companies responsible for the flooding, landslide, and pollution that affected the people,” wrote Locsin via Instagram story. 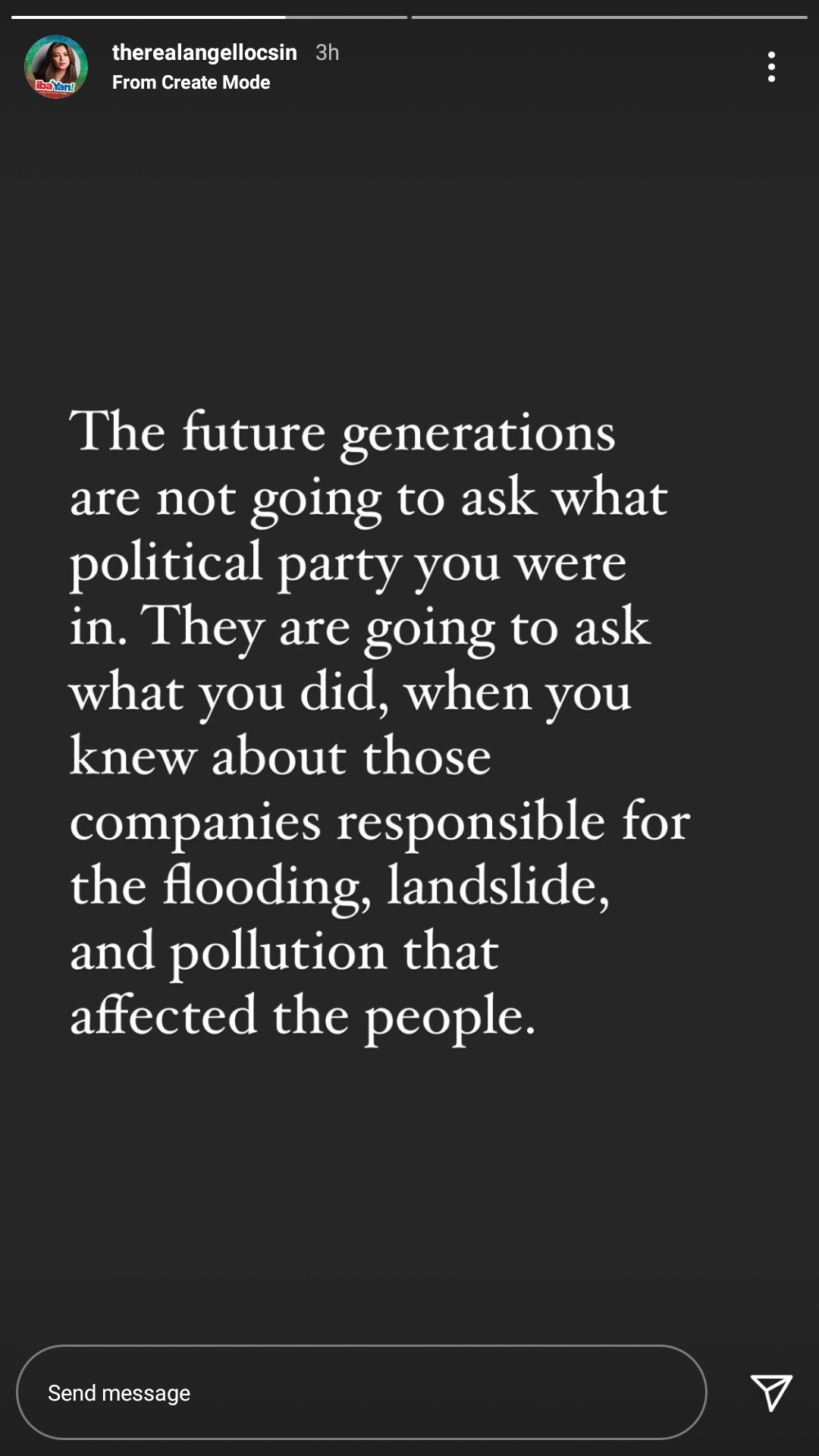 Then, the post received a comment from a netizen hinting at the previous red-tagging incident of the actress. Locsin then promptly called out the netizen for politicizing her statement in a time of calamity.