‘Owe My Love’ is an upcoming GMA Network teleserye where Mystica was included in the cast. WAS.

Mystica was apparently removed from the teleserye as her continuous demands irritated its director, producers, and staff. 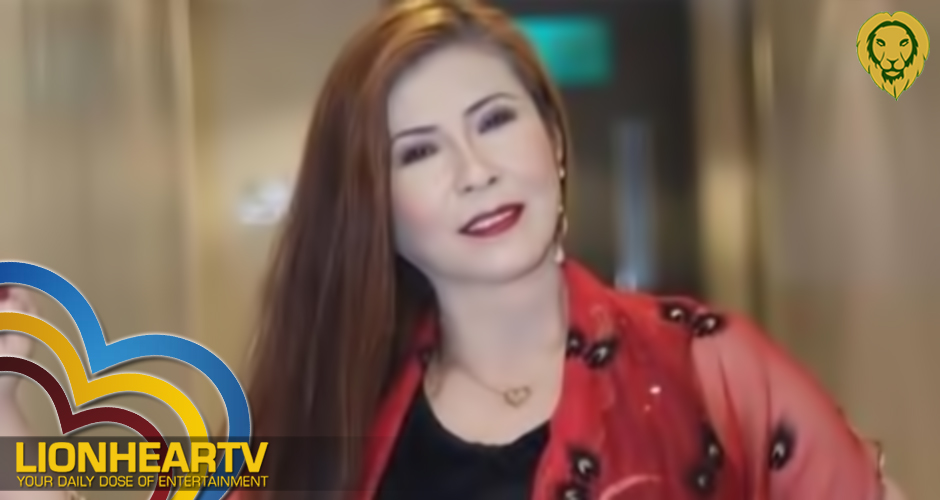 However, this was not new as the former singer-actress and her husband were given a roles in Coco Martin’s ‘FPJ’s Ang Probinsyano‘ that were also cut short. Mystica also did not sound grateful for the chance she was given to be part of ABS-CBN’s longest-airing show.

Now that she became part of the romantic-comedy series of the Kapuso network, she had a lot of demands which the producers couldn’t take.

Some of her concerns were the unplanned tapings, dirty toilet, her not being informed how long will the lock-in tapings will be, being not served breakfast, her worries not addressed, and even being a roommate of Kiray Celis agitated the actress.

She also claimed that she was insulted when Divine Tetay asked her if she was drunk. In their group chat, only the comedian stood up against Mystica’s rants.

“I hope you don’t [mind] my asking, are you drunk?” asked Divine to which Mystica took as an insult.

“Bakit ang isang artista, pag nagtanong o kaya gusto niya na maiklaro, and then you would ask her, ‘Are you drunk?’ That was the greatest insult sa akin po,” said Mystica.

When the news came out that she was removed from the set, Mystica uploaded on her YouTube channel airing her side of the story. She claimed she ‘backed out’ from the project and was not removed.

“I have been in showbusiness for 20-years but this is the only time I have felt that I have been treated unfairly and unjustly!” she captioned her vlog.

Mystica also mentioned PEP.ph who stated that she backed-out just because of her not given breakfast.

On her YouTube channel which has 9K subscribers, she even uploaded a secret recording of her interaction with a staff of ‘Owe My Love‘ where she was venting out her concerns. She also claimed that more will come from her vlogs regarding the treatment that she received during her stay on the set.

Mystica asked GMA Network to just pay her accordingly so that the issue will reach its end.

It can be recalled that she also asked for help from Kapuso stars Michael V. and Dingdong Dantes. She used the same tactics wherein she cried for help and appealed to the Kapuso Prime Time King give her a job since Michael V. remained silent towards her plea.

She also asked help from Raffy Tulfo wherein she complained about two bloggers who humiliated her. When asked if she was willing to conduct a drug test, she agreed but then backed out with a claim that the whole conversation in Raffy Tulfo in Action was scripted.

With her attitude and unprofessionalism, it’s no surprise that she’ll even get projects.