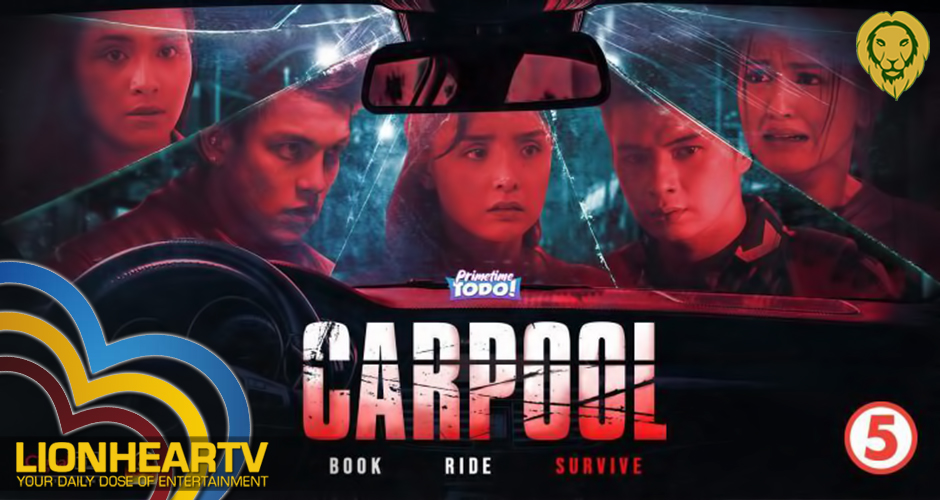 A familiar yet breathtaking suspense thriller unfolds in ‘Carpool’ where characters are haunted by a mysterious culprit motivated by vengeance.

TV5 continues to shake up its entire programming with the introduction of five new weekly shows to its Primetime Todo block. Among these five new shows include the suspense-thriller, ‘Carpool’, headlined by the ‘Oh, Mando!’ star, Alex Diaz.

‘Carpool’ revolves around four individuals whose lives get thrown into chaos after sharing a carpool ride which ended up in a tragic accident. A streak of unfortunate events and horrific hauntings follow them, seemingly taking them down one by one. Empress Schuck portrays the curious police officer handling the case, who will soon find clues that will point to a suspicious former classmate—but the catch? She’s already dead.

The pilot episode alone manages to unravel some juicy secrets about the characters. Alex Diaz’s Lucho is a substance addict and is running away from dangerous people from whom he is indebted, workaholic Clarence (Sarah Carlos) is kleptomaniac, Terrence (Kenneth Medrano) is living a double life, while good girl Steph (Kate Lapuz) is engaged in an illicit affair with her professor.

Given that this isn’t a horror series and judging by the teasers, the culprit in those mysterious murders is undoubtedly alive, but his or her link to a now dead character allows suspicions on the his or her motive to rise. It is vengeance or some result of a psychotic mind? It’s anybody’s guess. The show’s choice of dimmer tones provide a mysterious subtext shrouding the carpool case, and it keeps everything that will still happen exciting and worth-rooting for.

‘Carpool’ airs on TV5’s Primetime Todo, 9:30PM of every Thursday. Watch the full trailer below: