QUEZON CITY, PHILIPPINES, December 17, 2020– Wrap up the year 2020 and kick-off 2021 with the inspiring stories of Filipinas who are making their names and changing landscapes in different industries overseas which you can catch on the third season of “24×24,” airing outside the Philippines via ANC, TFC IPTV, and iWantTFC.

“24×24” is an 8-episode series that features empowering stories of women living overseas, who are juggling multiple roles while also living a life where they get to fulfill their passions and make a difference. 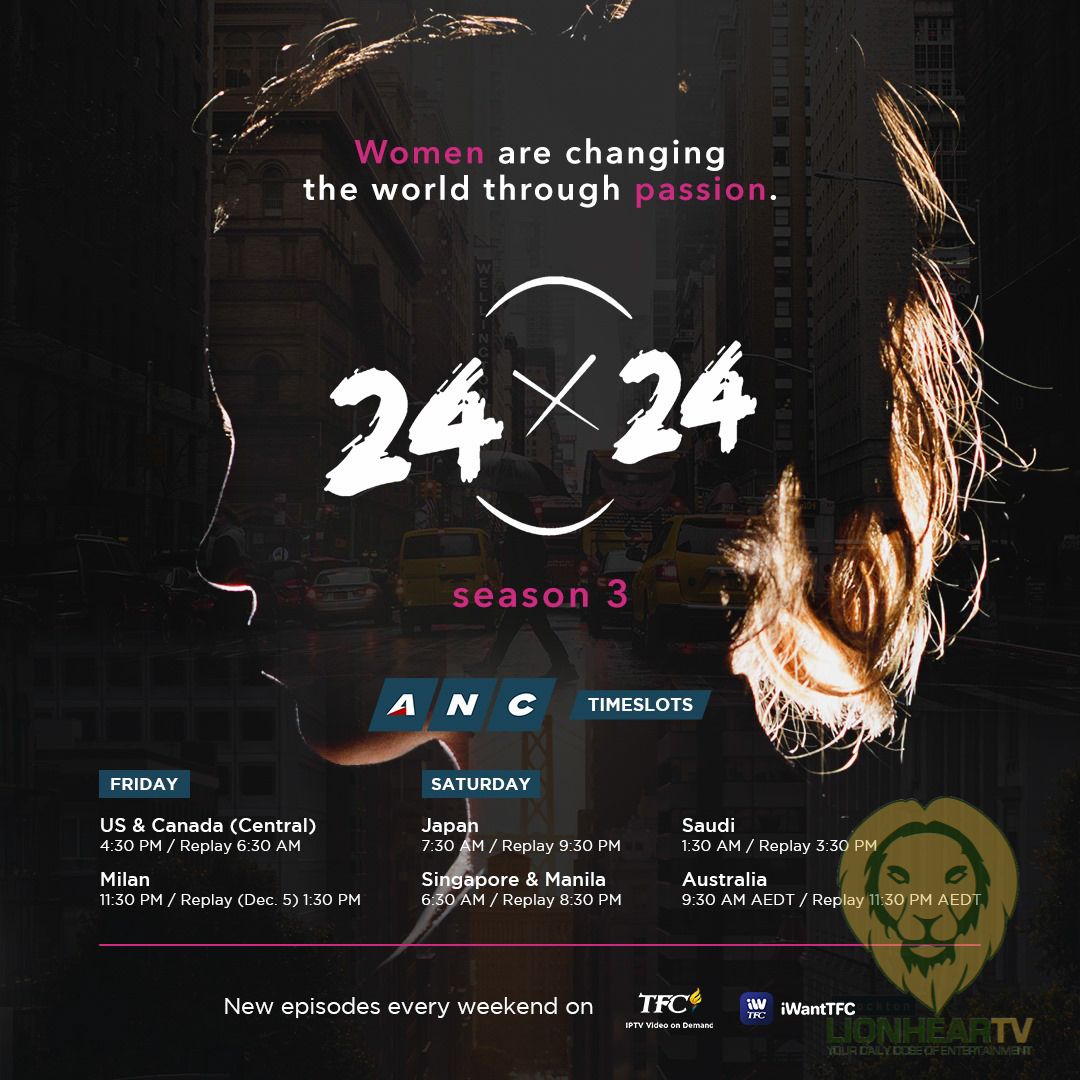 Featured in “24×24” season three are Ruby Ibarra who is a scientist and musician based in California; Cherish Maningat who is a theatre and TV actress in South Korea; ABS-CBN Global Head of Music Roslynn Cobarrubias who is also a marketing advisor and TV & music producer; Denise Facurra-Svenson who owns the Medium Asia PR Agency; social entrepreneur and career advisor Michelle Ostbo who is based in Norway; ULAM the Movie producer and director Ali Cuerdo from New York; Hershey Hilado who is an entrepreneur and owner of RVMP in Australia; and K-Pop star Kriesha Chu from South Korea.

Get inspired with their stories that will surely make you embrace and live your passion by watching “24×24” season 3, now airing outside the Philippines on ANC every Saturday for countries from the Middle East, Africa, Asia, and Pacific, while it is every Friday for countries from Europe, U.S., and Canada. See the schedule below:

It can also be seen via TFC IPTV, and on iWantTFC via the app or at iwanttfc.com.