ABS-CBN’s Christmas Station ID “Ikaw ang Liwanag at Ligaya” is still the talk of the town as it continues to touch the hearts of the Filipino people. 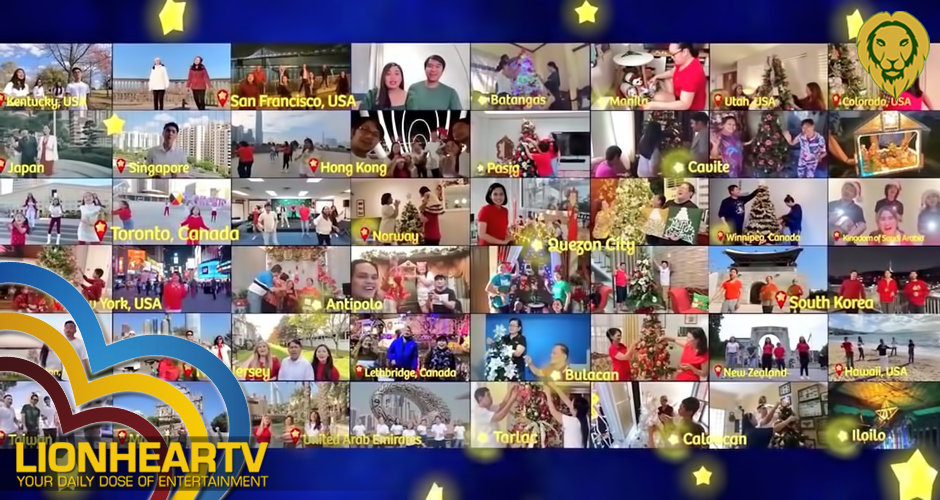 The network hasn’t failed to deliver a hit CSID. With each passing year, they create more and more meaningful CSIDs.

But this 2020, the song has been taken to a whole new level.

The CSID of the Kapamilya network is very special as it is not just a song but a prayer. The lyrics indicate that this is a prayer as a part of the song goes like this:

The song prays to the Creator to give them hope. It can be recalled that ABS-CBN recently lost its franchise, retrenched employees to keep afloat, and lost most of its talents as they shifted to other networks. The line “Liwanag at ligaya, nagmumula sa ‘Yo, ikakalat sa mundo” is actually a call for everyone to be a vessel—of light and joy.

The song also prays for a miracle. It is a popular belief that Christmas is the season of miracles. With the pandemic and natural disasters which recently ravaged the Philippines leaving thousands without homes, the network is praying for a miracle that everything goes back to normal.

20 languages in one song

Not only is it a prayer, it is also the first-ever Christmas Station ID which featured 20 languages as part of the song. Aside from Tagalog and English, the song translated “light and joy” into Chavacano, Hiligaynon, Waray, Tausug, Bisaya, Ilocano, Pangasinese, Maguidanaoan, and Bicolano

Not just the local tongues, but 8 countries were also included as Japanese, Italian, Chinese, French, Korean, Arabic, Hebrew, and Spanish were incorporated in it in order to give a much deeper meaning with the phrase “light and joy”.

The reason that these dialects and languages were included in the song is that it reflects how Filipinos and everyone around the globe share and face the same challenge this 2020 has given—battling COVID-19.

According to Love Rose De Leon, one of the songwriters who wrote “Ikaw ang Liwanag at Ligaya”, she included China, Italy, and Spain because that is where COVID-19 cases rose to great numbers.

It was Robert Labayen’s, one of the songwriters of ABS-CBN’s Creative Communications Management (CCM) team, idea to add translations to the lyrics.

For him, it is their part to show their commitment to creating and addressing the sentiments of Filipinos in far-flung areas of the Philippines.

The CCM team which previously made the past CSIDs of ABS-CBN was down to 28 from 170 people due to the recent shutdown of the network. The loss of its franchise and its ability to broadcast forced the Kapamilya network to retrench most of its employees. But despite the adversiites, they were able to create the most beautiful music video of 2020—with just 28 employees.

This is Team CCM, the makers of the station IDs. Before franchise refusal 170. Now only 28. PERO TULOY ANG SERBISYO. ❤️💚💙 This is going to be EPIC. PANGAKO YAN. pic.twitter.com/SE8wrRsQ0l

The music video was just as touching as its song. The reason is that the directors behind the MV is not just one but 18 directors. The combination of these awesome directors has resulted in the most heart-warming, hear-wrenching, most emotional video this 2020.

In order for them to give the song the video that it deserves, different directors were assigned to shoot the different casts of the programs that are currently being aired by ABS-CBN.

They gave emotion to the song as these singers sung with all their hearts. Not just that, their unbelievable talent truly gives inspiration to anyone who hears the song. The message that they were trying to convey is clear—the light and joy will come back.

The resident family of ABS-CBN’s CSID

ABS-CBN has always included people from different walks of life into their Christmas station IDs but one particular family has been present since 2018—the Noblezada family.

From ‘Family is Love’ to ‘Ikaw ang Liwanag at Ligaya’, the Noblezadas who were dubbed as ‘Keribels’ family have an inspiring story to tell. They were called as such since the family’s matriarch, Lorilie’s motto is “keribels” which helped her sustain the family she loves.

The Noblezadas opened their doors for the Filipino viewers to see how hard work, added with positivity helped them in raising their 8 children.

As a result of Lorilie’s love for her family, who shifted from job after job in order to support her 8 children, the Kapamilya network was touched that they decided to invite the Noblezadas as part of the 2018 CSID “Family is Love”. The 2018 Christmas Station ID featured inspiring stories from Filipino families across the country. After “Family is Love”, they returned in the 2019 CSID “Family is Forever” as part of the other several Filipino stories that gave such heartfelt inspiration.

This time, they visited ABS-CBN’s headquarters where they had an emotional meeting with the stars of “FPJ’s Ang Probinsyano,” led by Coco Martin.

As of this moment, the music video and the lyric video of “Ikaw ang Liwanag at Ligaya” have garnered a total of 7.9 million views on YouTube. The song will be a continuation of the unending inspiration and the meaning of Christmas for us Filipinos.