DUBAI, UAE, December 2020— The lives of the lucky overseas Filipinos from Europe and the Middle East is about to change as “TFC Win From Home” will have its grand draw on December 19, 2020, where a total of Php 750,000 of cash prizes will be given away. 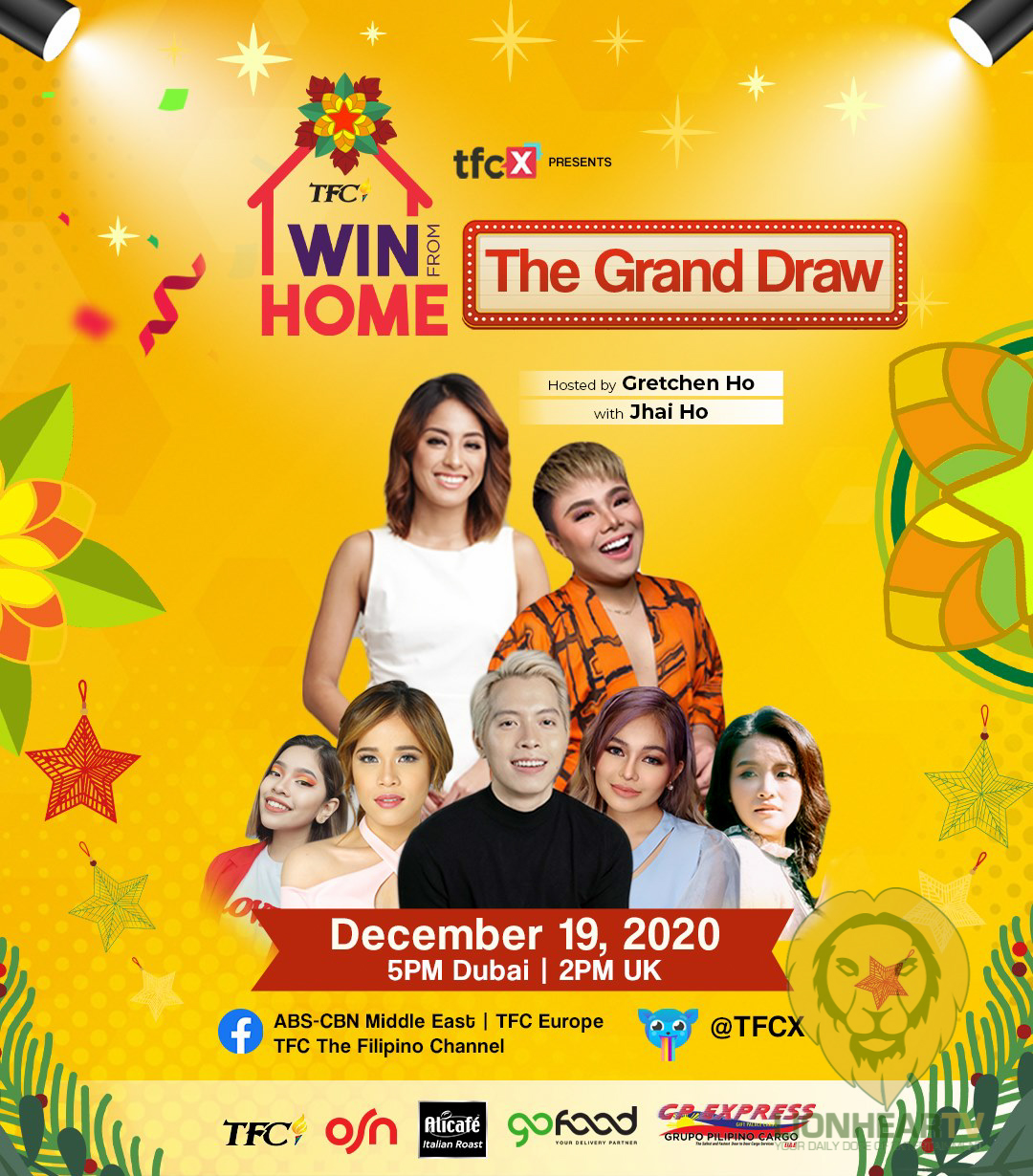 The entries submitted since August 15, 2020, are qualified and will have the chance to be among the five winners of Php 100,000 or the sole winner of the Php 250,000 grand prize. Those who already won during the monthly draws are not qualified anymore for the grand draw.

The “TFC Win From Home” grand draw will also be an early Christmas celebration for the overseas Filipinos because some ABS-CBN stars will join the live streaming that day, bringing to them world-class entertainment right at the comfort of their homes. Kapamilya singers Klarisse de Guzman, Jason Dy, Janine Berdin, Elha Nympha, Lian Kyla, and MOR DJ JhaiHo are just some of the special guests that day.

Don’t miss the upcoming “TFC Win From Home” grand draw on December 19, 2020, which will be seen via the Facebook pages of TFC Middle East, TFC Europe, and TFC The Filipino Channel. It can also be seen via KUMU by following the @TFCX account, where those sending virtual gifts like the TFCX Shawarma during the live could be among the lucky winners of special prizes.

It is not too late to join “TFC Win From Home”! Submit as many unique entries as you can until December 14, 2020, by simply visiting https://bit.ly/TFCWinFromHome, fill out the necessary details, choose which activity among the five sponsors—TFC, OSN, Alicafé, GoFood, and GP Express Cargo—you would like to join (you may join all of them!), then do the activity being asked to be done by the sponsor of your choice.

The game show is open to all Filipinos in the Middle East and Europe who are 18 years old and above, have a valid Philippine passport and visa, and not be an employee of ABS-CBN Middle East, the participating sponsors, any of its related partners, and other parties who are directly involved in organizing and promoting the promo, including their relatives up to the second degree.

For more details and to read the terms and conditions of the promo, you may visit the TFC Middle East or TFC Europe Facebook pages or mytfc.com/tfcwfh.