TV5 never took catching up with GMA Network and ABS-CBN in producing station IDs too seriously. It released some in the past, but none ever made an impression as memorable as that of its rivals.

With many big stars having moved into its stable (in the wake of ABS-CBN shutdown) it seems fitting that TV5 releases a heartfelt and inspired Christmas Station ID featuring its expanding catalog of stars for this holiday season. 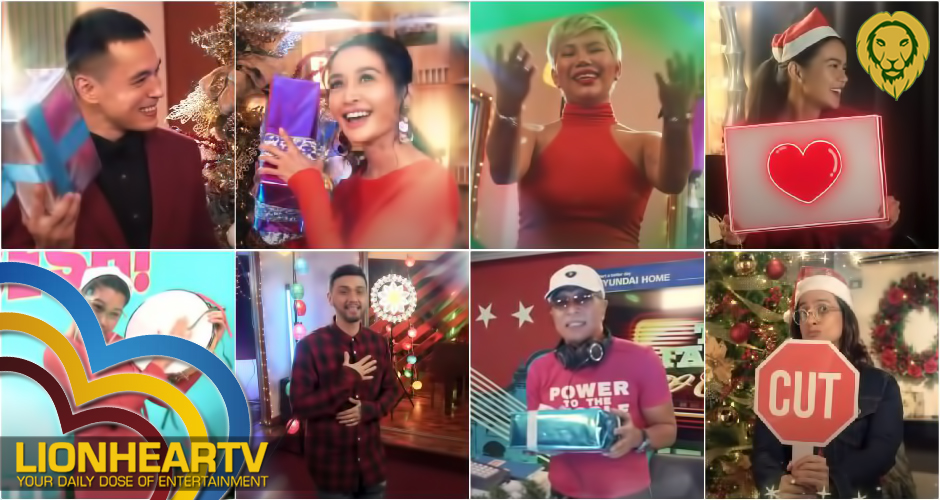 Tuloy Pa Rin Ang Pasko is composed by master composer Louie Ocampo (who also judges ABS-CBN’s Tawag ng Tanghalan), while lyrics are provided by writer and producer Noel Ferrer. Online sensations Katrina Velarde and Darryl Ong are joined by International R&B Sensation Billy Crawford and The Voice Kids (ABS-CBN) Season 1 winner Lyca Gairanod in lending their voices for the song, whose upbeat melody imparts a feeling of celebration and gratefulness. The entire song, however, talk of the undying Filipino spirit, and how our inherent resilience keeps driving us to move forward, amidst our struggles. The song encourages the common Filipino to be compassionate with one another and to spread the magic of cooperation, so everyone can be afforded the chance to turn things around this Christmas.

As generic as the station ID may sound, the beautiful message it tries to convey is a beauty that every Filipino could easily appreciate. The pandemic has taken its toll on many lives and many Filipino households have suffered and are still suffering in its wake. Receiving words of encouragement, such as what ‘Tuloy Pa Rin Ang Pasko’ is trying to say, provides the much-desired relief and comfort, for everyone. Of course, this isn’t the usual 10-min-ish Kapamilya and Kapuso station IDs we’re used to seeing, but there is a familiar sentiment and feeling evoked in seeing celebrities in one frame, delivering a heartfelt message that I think, everyone needs right now.