She’s that loveable face you see whenever Kuya opens his doors for the latest season of Pinoy Big Brother.

She’s an extraordinary host, often being asked to be in front of hundreds or thousands of people for ABS-CBN’s biggest events or millions of viewers watching on television. 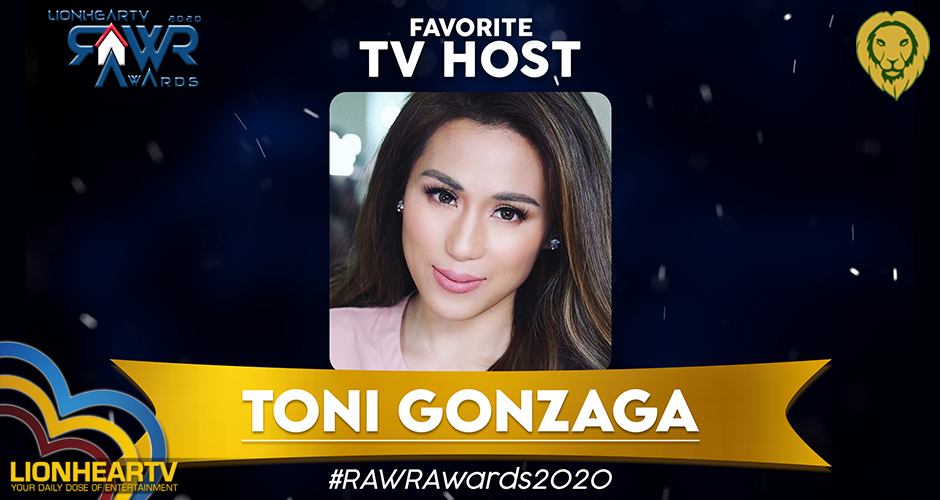 She’s also an accomplished actress, singer, and a mother to a cute baby boy.

She has continuously received recognition for her hosting skills, having honed them through many programs (Eat Bulaga, ASAP, Wazzup Wazzup, and Pinoy Big Brother) and her near-2-decade experience in showbiz.

She has become so good at hosting that Reader’s Digest Asia recognized her as their Most Trusted Entertainment and Variety Show Presenter in 2016.

This year, she was chosen as the Favorite TV Host of the Year for her show ‘I Fell U.’

She is the one, the only, Toni Gonzaga-Soriano. Most millennials, however, will remember her as the lady who screamed her heart out in this commercial:

Yes, Toni, we know you still love Piolo. But thanks to that, we got to know one of the best hosts in the industry.

Cheers to being our Favorite TV Host at this year’s RAWR Awards!