As 2020 nears its end, we look back on the news that kept people talking. With the pandemic forcing people to stay at home, Filipinos have become keen on observing the news circulating around celebrities. 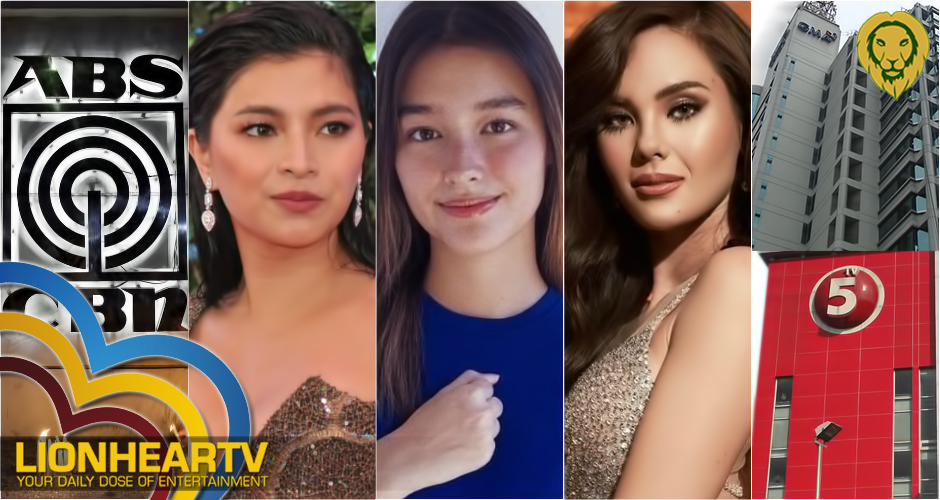 This year may be the hardest year for every Filipino, but there are definitely topics that really became newsmakers.

With one of the largest networks in the Philippines being shut down by the Duterte government, it became a much-talked-about topic. Not only was ABS-CBN not given its franchise renewal despite being vouched for by several government agencies, but it was also done at the height of the pandemic causing people to lose their jobs and their source of income and entertainment.

This news sparked mixed reactions from netizens. Some supported the shutdown while others were against it. However, one thing was clear during that time—it was a blow to press freedom. Not only that, Filipinos were deprived of news and entertainment. It was clear that the network was needed when two strong typhoons hit the country. Many Filipinos especially in far-flung areas were stripped of their ability to gather news. As a result, the shutdown caused great disappointment from those who relied on the network for information.

The pandemic caused great inconvenience not only to Filipinos but also to the whole world. Everyone was affected. Not even celebrities escaped the deadly virus. Several celebrities contracted the coronavirus.

Filipinos were shocked when actor Christopher De Leon was the first celebrity in the Philippines to acquire COVID. Then in March, Iza Calzado suffered pneumonia and was positive for COVID-19.

However, Filipinos were devastated that some didn’t survive the fight. Joey Bautista, the lead singer of rock band Mulatto, Lloyd Cadena, and former Manila mayor Alfredo Lim passed away due to COVID-19.

Angel Locsin’s philanthropy and being red-tagged

Angel Locsin was among the celebrities who were very active in defending the ABS-CBN network. She led protests against the government’s aim to shut down the media corporation. Not only that, Angel made her presence felt in helping the Filipino people in any way she could. She even sold one of her precious cars to help raise funds for mass-testing equipment in the Philippines. To help the displaced employees of ABS-CBN, she started vlogging to be able to provide work for those who were retrenched.

Despite her good deeds, she and her sister were red-tagged by the government as an ally of communist rebels. After being red-tagged, she feared for those she helped since they might be red-tagged as well.

Fans of JaDine were totally devastated by the news that James Reid and Nadine Lustre’s relationship was over. The confirmation was announced on Boy Abunda’s show “Tonight With Boy Abunda. Issa Pressman was even accused of being the third-party in JaDine’s split.

James hinted at a possible reason he and Nadine broke up, causing even more violent reactions from netizens.

“We’ve been in a love team for so long. And that’s been my whole life. I can’t even begin to think of who I am or what I’m supposed to be outside of that love team, which is scary. And that’s why I said I got a lot of figuring out to do,” James said.

The exodus of talents from ABS-CBN

With the Kapamilya network being shut down by the government, employees and talents of the ABS-CBN had no other means to provide for their families. As a result, talents chose to transfer from ABS-CBN to other networks to be able to survive in the pandemic.

For GMA Network, Khalil Ramos, and Richard Yap were among those who transferred to the Kapuso network.

Kim Chiu made an impassioned statement about ABS-CBN as it faced its franchise woes then. Several memes and parodies arose because of her law of the classroom analogy.

Despite it being the lowest point of her life, she overcame such struggle as she was able to make a song out of it which became a hit. Not only that, the ‘Bawal Lumabas’ statement gave her a web series.

The ‘FPJ’s Ang Probinsyano‘ star was not shy about venting his anger and frustration towards the cease and desist order of NTC. Coco asked the government if it was right to prioritize the network’s franchise rather than address the people’s concern regarding the pandemic. His anger spurred netizens to make several memes and parodies.

The Queen of all Media confused her fans as she was reportedly with GMA Network who had shows lined up for her. However, negotiations didn’t push through. Then Kris was reportedly going to TV5 as she not only signed up with Cornerstone management under Erickson Raymundo. There were also talks that TV5 is cooking up a lifestyle show for her entitled ‘Love Life With Kris’. However, this might not be pushing through either

Popular YouTuber Emman Nimedez shared with his fans the journey that he had this year—battling acute myeloid leukemia, a cancer of the blood and bone marrow.

After three months of battling cancer, Nimedez succumbed to it, leaving his fans and family at the age of 26. This news shocked the whole YouTube community and Emman’s fans. His death was really unexpected. He rose to fame in 2017 for his parody videos of K-drama shows.

Another YouTuber who is now in heaven is Lloyd Cadena. At age 26, he passed away due to a heart attack while being treated for COVID-19. The untimely demise of Lloyd saddened many netizens who followed the YouTube star. Those who supported Emman Nimedez hadn’t gotten over his death and yet he was followed by another OG, Lloyd Cadena.

The couple of one year shocked their fans when they confirmed that they have finally gone their separate ways.

The reason for their breakup is still unknown. As a result, many netizens have wondered whether their TV series ‘Sanggang-Dikit’ on GMA will still continue after the two have split. 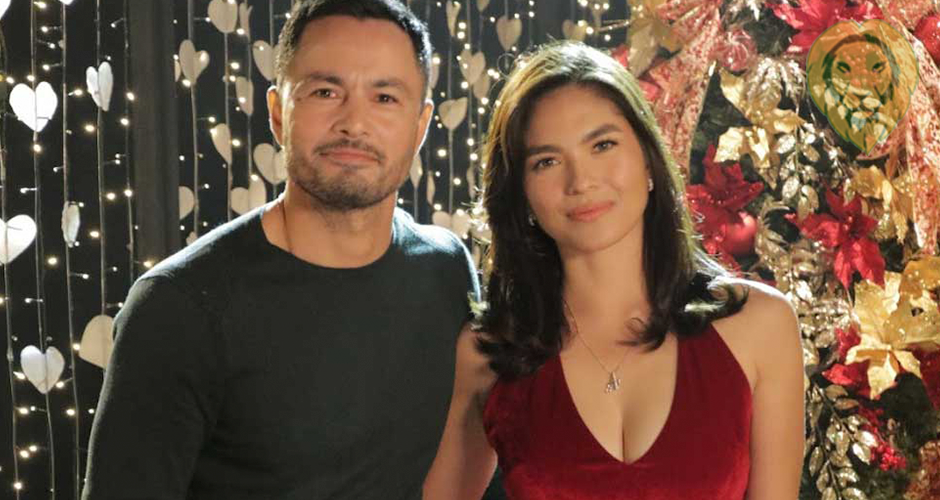 The secret wedding was marred by the unexpected appearance of Sarah’s mommy Divine,  According to sources, the mother of Sarah caused such a scene while the reception was going on. However, news came out that Matteo had a scuffle with Sarah’s personal bodyguard who filed a police report against the actor.

Catriona Gray’s relationship with Sam Milby and being red-tagged

Miss Universe 2018 Catriona Gray and Sam Milby had rumors that they were dating which was later confirmed with an Instagram post.

After this revelation, Clint Bondad, Catriona’s ex-boyfriend, made some cryptic posts which made people think he was referring to the former Miss Universe.

Meanwhile, the beauty queen was red-tagged by Lt. Gen. Antonio Parlade Jr. which sparked outrage from netizens who supported Catriona. Parlade received criticism after his tirade towards Catriona whom he accused of being a communist.

Netizens were up in arms after Liza was red-tagged also by Parlade after she was a guest speaker at a Gabriela Youth webinar ‘Tinig ni Nene’. With this news, netizens were outraged by how easy for the government to accuse its citizens of being a communist without proper or hard evidence.

Just recently, Filipinos were shocked after Viva filed a lawsuit against its talent Nadine Lustre. Nadine was accused by the talent agency for alleged breach of contract after she chose to be an independent artist. The lawyer of the actress, Lorna Kapunan, slammed Viva for ‘taking advantage of young artists in the industry’.

Michele Gumabao was likely the favorite of Filipinos to wear the Miss Universe Philippines crown. However, an unexpected turn of events occurred as Gumabao was hailed as the 2nd-runner up. Miss Iloilo City Rabiya Mateo emerged as the victor in the pageant.

Because of the loss that she received, she didn’t appear in press conferences talking about the pageant. As a result, netizens slammed her for not being a good sport. John Lloyd plans to have a comeback movie with Bea Alonzo which made their fans eager to see them back again as a love team. However, due to the pandemic, the production of the said movie was put on hold. 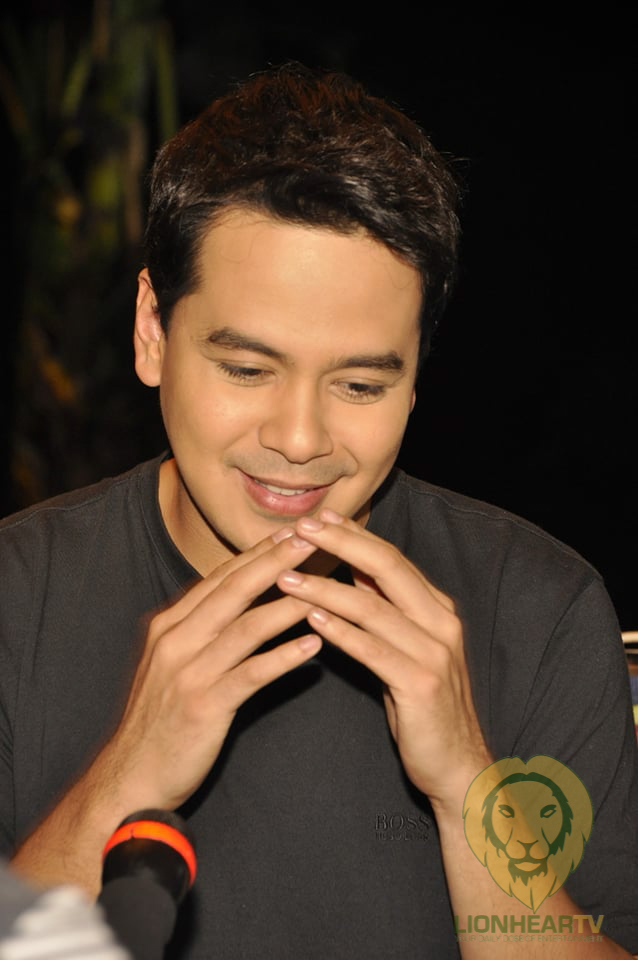 Ivana Alawi has been hailed as this year’s top YouTube content creator in the Philippines. 3 of her uploaded videos were among the top 10 trending videos that entertained Filipinos this 2020. Aside from being the top YouTuber,  Ivana signed an exclusive contract with ABS-CBN last February.

With the success that the young actress is experiencing, it was no wonder that she’s one of the most talked topics this year.

The young actress has been the talk of fans for months because of her getting the role of the superheroine Darna. The role was previously given to Liza Soberano who backed out because of health reasons. Many kept comparing her to Liza and to Angel Locsin who had already played Darna.

However, she also trended online as she barely showed support for ABS-CBN who had given her an iconic role during the time it was having franchise troubles. The movie itself suffered as the COVID-19 pandemic forced production to shut down.

Sofia Andres is now a mom

Sofia surprised everyone after she revealed that she and boyfriend Daniel Miranda were already parents. She made the revelation with a post on Father’s Day.