Several Kapamilya artists were already popular at their previous networks but still decided to transfer to ABS-CBN. 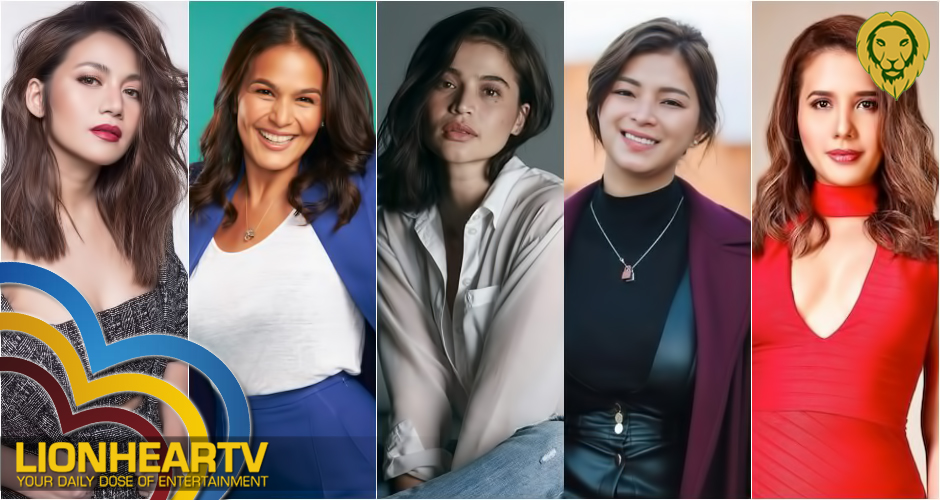 Anne Curtis became a Kapamilya in July 2004. She has been with the network for 17 years and is a host on the noontime show It’s Showtime.

The 35-year-old actress-host was previously with the GMA network from 1997-2003 before she transferred to ABS-CBN. Her first appearance with ABS-CBN was in the year 2000 where she appeared as a guest in ‘G-mik.’ Her first main role with the Kapamilya network was in 2004 where she became a part of “Hiram.”

Actress and philanthropist Angel Locsin was also a Kapuso before she transferred to ABS-CBN in 2007. She was with the GMA Network from 2002-2007.

She has been a Kapamilya for 14 years and was last seen in the Kapamilya series “The General’s Daughter.” Her first major role in ABS-CBN was the hit supernatural–fantasy horror TV series “Lobo” (2008). She is currently the host of the Kapamilya Channel show “Iba ‘Yan.”

Zsa Zsa Padilla’s daughter, Karylle, has been a Kapamilya for 13 years. She was previously with GMA Network before she transferred to ABS-CBN in December 2008.

Her first show with ABS-CBN was in 2008 in the Sunday variety show ASAP Natin ‘To.

Iza Calzado became a Kapamilya in July 2012. She is currently a part of the romance series “Ang sa Iyo ay Akin” which is being broadcasted on the Kapamilya channel.

Her first show with ABS-CBN was an episode with Maalaala Mo Kaya (MMK) in 2012 called ‘Cross-stitch.’

Singer Kyla has been a Kapamilya for 6 years after she transferred to the network in February 2015. She is currently a performer and a host in “ASAP Natin ‘To” which was also her first appearance with the network.

Elmo Magalona has been a Kapamilya for 6 years. He was previously with the GMA network from 2009-2015 before he transferred to ABS-CBN. His first appearance with the network was in ‘ASAP Natin ‘To’ and one of his major roles was in 2016 with ‘Born for You.’

Singer Jona Viray joined ABS-CBN in February 2016. She has been a Kapamilya for 5 years and is currently seen in ‘ASAP Natin ‘To.’ Her songs are the original soundtracks of some of the Kapamilya series like Pusong Ligaw, Asintado, Sana Dalawa ang Puso and Ngayon at Kailanman.

Jaya signed a deal with Star Music in 2016. She is currently seen as a ‘hurado’ on It’s Showtime‘s Tawag ng Tanghalan. She is also a performer on ‘ASAP Natin ‘To.”

Actor Richard Gutierrez has been with the ABS-CBN network for 4 years now. He joined the network in May 2017 and starred in the horror-fantasy series La Luna Sangre and joined the cast of FPJ’s Ang Probinsyano in 2020.

Singer couple Ogie Alcasid and Regine Velasquez transferred to ABS-CBN in January 2017 and October 2018 respectively. Both the couple are performers and hosts on ASAP Natin ‘To.

Ogie was a judge of different Kapamilya talent shows like It’s Showtime ‘Tawag ng Tanghalan’, and Your Face Sounds Familiar.

Regine on the other hand has been a Kapamilya for 3 years. She served as a judge on ABS-CBN’s revival of the Idol franchise series Idol Philippines (2018).