GMA Network offers a beacon of hope this 2021 as it ushers in the New Year with a stellar roster of exciting new programs and offerings.

Kick-starting the line-up for GMA Afternoon Prime is the return of “Magkaagaw” with recap and fresh episodes to ring in the New Year. Magkaagaw is the high-rating soap top-billed by Sunshine Dizon, Klea Pineda, Jeric Gonzales, and Sheryl Cruz. Next up is the heart-tugging story of “Babawiin Ko Ang Lahat” top-billed by John Estrada and Carmina Villaroel, and in her first starring role, promising Kapuso drama actress Pauline Mendoza. The well-loved tandem of Rita Daniela and Ken Chan returns to the small screen on “Ang Dalawang Ikaw” and is joined by Kapuso newcomer Ana Vicente. 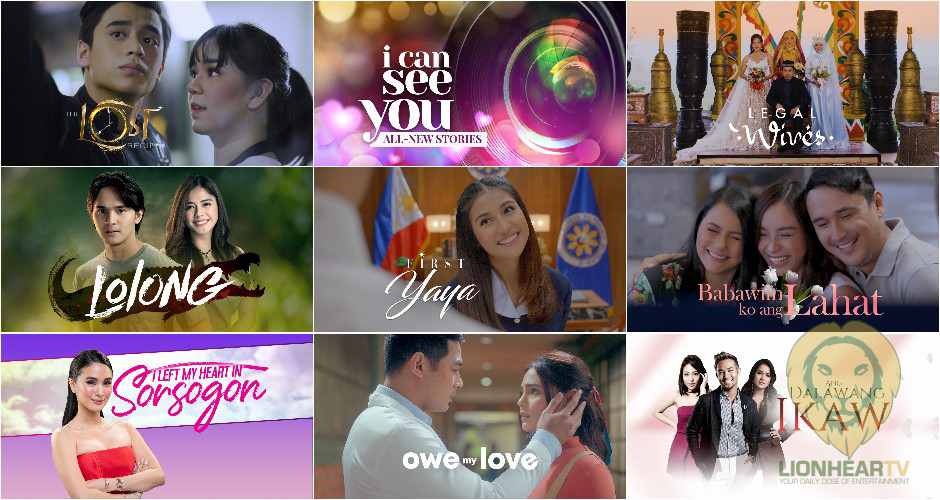 Set to launch as well on GMA Afternoon Prime is the TV adaptation of the 1988 award-winning film “Nagbabagang Luha” starring Glaiza de Castro, Rayver Cruz, introducing Claire Castro with Mike Tan. Viewers should also watch out for the riveting legal drama “Artikulo 247”; the multi-layered rivalry of three sisters in “Las Hermanas”; the weekly drama series “Love Connections” that opens with intriguing social media posts and eventually unravels the story behind them; and the story of the little person who one day discovers that she is an heiress despite growing up from a poor family in “Little Princess.”

On GMA Telebabad, the rivalry between friends-turned-mortal-enemies continues in the recap and fresh episodes of “Anak ni Waray vs. Anak ni Biday,” top-billed by Kapuso Primetime Princess Barbie Forteza and Kate Valdez, together with Migo Adecer and seasoned actresses Snooky Serna and Dina Bonnevie.

Viewers also can’t wait for the highly-anticipated romantic comedy series “First Yaya.” The series is headlined by award-winning Kapuso actor Gabby Concepcion with Pancho Magno, Maxine Medina, Pilar Pilapil, Cassy Legaspi, JD Domagoso, and Sanya Lopez who plays the lead role of Yaya Melody. It follows the story of the Vice President of the Philippines (Gabby) who will later assume the presidency and his blooming romance with Yaya Melody, the nanny of his children.

Talented and versatile Kapuso stars Lovi Poe and Benjamin Alves are reunited on primetime via the romantic comedy series “Owe My Love.” Produced by GMA Public Affairs, “Owe My Love” narrates the story of a financially illiterate woman and a miserly but successful doctor and financial advisor whose lives intertwine when the former gets indebted to the latter.

GMA Public Affairs is also set to bring its biggest action-adventure series to date in “Lolong.” Bannered by Kapuso Action-Drama Prince Ruru Madrid, Lolong is inspired by the world’s largest crocodile in captivity of the same name. Joining Ruru in the series are Kapuso actresses Arra San Agustin and Shaira Diaz.

Sure to keep viewers glued to the screen every weeknight is the sweeping romance drama “I Left My Heart in Sorsogon” starring Heart Evangelista-Escudero. It dwells on the story of a young woman whose status as a fashion socialite is shaken up after returning to her hometown, rediscovering her roots, and rekindling her love for family, community, and an ex-flame.

Viewers will also be delighted with the return of the exceptional and one-of-a-kind drama anthology “I Can See You” featuring the biggest and brightest Kapuso stars. This ground-breaking program pivots on its common visual storytelling mnemonic device which is the use of a camera as a witness to the tales of love and mystery from everyday people.

Other upcoming soaps to look forward to on GMA Telebabad are “To Have & To Hold,” a man searches for answers about his wife’s secret affair but soon realizes he’s falling for the spouse of his wife’s lover; “World Between Us,” a principled man gets wronged by the people he considers as family; “Love. Die. Repeat.,” a woman is stuck reliving the day of her boyfriend’s death over and over again; and “The Witness,” a man with high-functioning autism becomes a witness and a secret keeper to a crime.

GMA Network’s all-original musical competition is also set to return with “The Clash Season 4”; while the quest to find the Bida Kid is back on “Centerstage,” hosted by no less than Asia’s Multimedia Star Alden Richards and co-hosted by Betong Sumaya.

Everyday people will take on the challenge of a lifetime in “Catch Me Out Philippines,” an exciting show based on the UK original where the greatest pretender wins. It is hosted by Jose Manalo with Kakai Bautista and Derrick Monasterio.

A new breed of talented artists who can make beautiful music together are also set to be discovered in “Sing For Hearts”. In this innovative singing contest, male and female singers shall be blindly paired together to see who can create a singing love-team that will capture the hearts of the audience and the judges alike.

Viewers are also in for a treat with new program offerings from GMA News TV!

Travel back in time and have a taste of the past via the fantasy-romance series “The Lost Recipe.” The first locally produced daily primetime show on GMA News TV, “The Lost Recipe” features the fresh team up of Mikee Quintos and Kelvin Miranda who have already made a niche for themselves in their previous projects. Together, the fast-rising actors are set to make hearts flutter as they entice viewers to try the new taste of Pinoy drama.

Weekend nights are bound to get more amusing via “Flex” where Gen Z stars Mavy Legaspi, Lexi Gonzales, JD Domagoso and Althea Ablan take the spotlight to celebrate their authentic selves through comedy, music and a variety of wholesome get-together activities.

Adding magic to everyone’s TV viewing habit is “My Fantastic Pag-ibig,” which features a collection of rom-com tales set in present times but infused with fantasy elements and showcases GMA’s most promising young love teams.

Fall in love with the charming story of “Heartful Café,” which follows the life of a café owner and online romance novelist named Heart and her journey towards finding her own match. It stars Asia’s Pop Diva Julie Anne San Jose alongside David Licauco and Andre Paras.

The much-awaited on-screen team-up of real-life couple Gabbi Garcia and Khalil Ramos is all set in the romance-mystery mini-series “Love You Stranger”. The series is about a film designer whose love for her sick mother drives her to look into the existence of a shadow figure from folklore. Her life serendipitously changes when she gets to work on a film about the said folklore with a charming young director. Their filmmaking journey leads them to discover truths about the shadow creature and each other.

Meanwhile, “Game of the Gens” fuses singing, dancing, and playing games among competitors from different generations. The fun will be amped up by hosts Andre Paras and Sef Cadayona, together with comedians and performers called GenDolls.

GMA Network further elevates TV viewing experience with its most recent offering, GMA Now, a mobile digital TV receiver that can be plugged into an Android phone and allows viewers to watch TV on the go for free and to enjoy a bunch of interactive features at the same time.

The Kapuso Network also extends its Serbisyong Totoo to Filipino learners across the country as it provides a free digital channel for the Department of Education’s blended learning program. DepEd TV will soon be available on GMA Affordabox’s Channel 7.

Finally, the country’s number one network returns to sports broadcasting as GMA signs a landmark deal with the National Collegiate Athletic Association (NCAA), the Philippines’ first athletic league, for NCAA Season 96 to 101 (2020-2026). NCAA fans can soon catch the games on GMA News TV, GMA Pinoy TV, and via online streaming on GMANetwork.com. The Men’s Basketball Finals is also set to air on GMA-7.