SB19’s ascent to fame isn’t unintentional, as its creation is largely driven by the desire to adopt the phenomenal K-POP model—which catapulted a number of Korean singing groups to global stardom such as BLACKPINK, TWICE, and BTS—in the local setting. 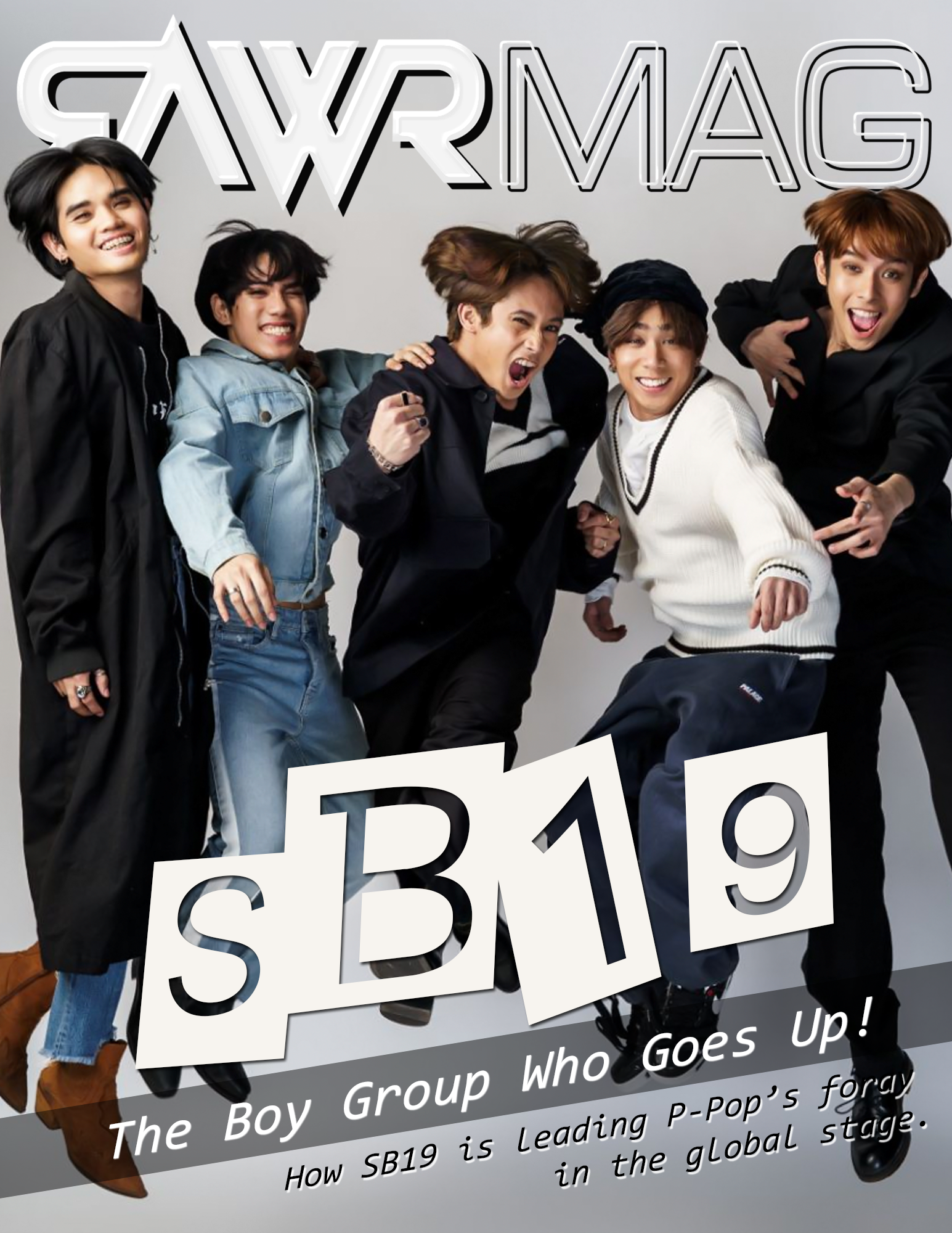 The attempt isn’t unique, as similar singing groups had been around prior to SB19, but the group’s breakthrough outside the local market has undoubtedly defined the evolving P-Pop genre and sent it to the global charts, which is widely regarded as first for any Filipino group. SB19’s meteoric rise is also widely regarded to have opened bigger doors for other P-Pop groups to find a larger and faithful market, which may only expedite the Philippines’ foray into the international arena. SB19 was created and developed by the Philippine subsidiary of the Korean talent management agency, ShowBT Group, hence the group’s name which adopted the company’s initials and the numerical difference between the South Korean and Philippine country codes. The group has reportedly undergone strict voice and dance training, similar to what K-Pop groups naturally go through. This model would, later on, inspire other emerging P-Pop groups, whose vocal and dance training follow the usual K-Pop repertoire. The group is composed of Ken (main dancer), Josh (lead rapper), Justin (vocalist), Sejun (rapper and lead vocalist), and Stell (main vocalist and dancer).

The K-Pop model is largely considered as among the most intense in the world, but its effectivity is also massively regarded as among—if not—the best. Slick dance routines and stern vocal lessons are among its trademarks, which naturally entail any trainee to pay extreme devotion for him to succeed.

Following such a model, SB19 had to go through months of intensive training before their launch in 2018. Through their training, members of the group were able to deliver incredibly polished performances—marked by singular movement precisions and synchronicity—which were a rare spectacle before the group’s arrival in the local recording scene. SB19 was formally launched on October 26, 2018, debuting to Filipino audiences through the single ‘Tilaluha’. The group, however, had to first release on July 19, 2019, their next single, Go Up, before establishing a more solid foothold in the local market, gaining more interested followers through their massive social campaigns on YouTube, Twitter, and other social media platforms. In a matter of months, they managed to penetrate the international charts, such as Billboard’s Next Big Sound and Social 50 charts, a first for any Filipino act.

The group further soared in 2020 as they released singles, Hanggang Sa Huli, and Alab, which debuted at no.4 and no.1, on Billboards LyricFind Global Chart, respectively, while Love Goes and Ikako, both ascended to the top of the same chart just a few weeks later. The group became the first Southeast Asian act to land at Billboard’s Yearend Social 50 Artists chart, on December 3, 2020.

SB19 has undoubtedly inspired many other Pinoy pop groups to follow suit, with most of their models intentionally adapting to the same one SB19 took. Among these groups include ABS-CBN’s BINI and SHA Boys, who both underwent intensive training under the company’s talent training agency, Star Hunt Academy. ABS-CBN previously paved way for the creation of the girl group MNL48, which, alongside BINI and SHA Boys, have been rigorously promoted by the network across all its platforms. It’s hard to comprehend how a large number of new groups can make a name at the same time, as those in Korea, have repeatedly proven otherwise (we’ve seen numerous K-Pop groups achieve global success concurrently). SB19 turned out to have opened the door for other P-Pop groups to get into the same limelight. And as P-Pop itself evolve to integrate Pinoy flavors to its dominatingly K-Pop-inspired structure, the quest to break through the cultural barriers set overseas gets closer to home.

SB19’s Further Rise and the Future of P-Pop

Following SB19’s phenomenal breakthrough, more talent agencies such as ShowBT Philippines and Star Hunt Academy, are poised to launch more acts that would only strengthen P-Pop’s shot at the world market. The pandemic may have prevented SB19 from holding their first major concert at a major concert venue, such as Araneta Coliseum, but anyone would be hard-pressed on denying that any physical event the group decides to hold on a regular day—that is without the pandemic—would sell like hotcakes. 2020 saw SB19’s conquer of the annual Spotify Wrapped charts, and the stream of accolades awarded to the group this year, hailing it the year’s breakthrough artist. Among these awards is the Breakthrough Artist of the Year from LionhearTV’s RAWR Awards, which also gave the group three other accolades, and one for A’Tin, the army of SB19’s devoted fans. Interestingly, the group’s interruptible ascent seems to only amplify other groups’ foray into the bigger overseas market.