Weekends are never as brimming—at least, in the last ten months—with talents as the most recent one, when the three media giants, GMA Network, TV5, and ABS-CBN (via A2Z and Kapamilya Channel), engaged in a four-way-battle with their respective reality talent shows. 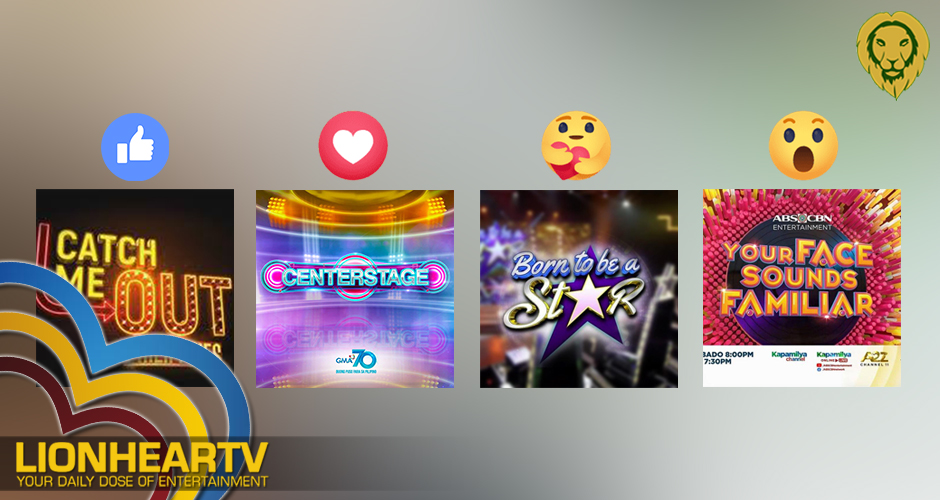 A battle royale exploded last weekend among four primetime reality talent shows. From the three biggest TV networks in the country–GMA Network’s weekend primetime lineup is filled with two exciting talent shows—CenterStage on Saturday, and Catch Me Out Philippines, on Sunday; while TV5 continues to pursue great singing acts through the second season of the Viva Entertainment-produced, Born to Be A Star; ABS-CBN, on the other hand, just premiered the third regular-season (fifth including the two ‘Kids’ seasons) of the Philippine edition of the Korean hit, Your Face Sounds Familiar.

Making its comeback after almost a year since it temporarily bade farewell on-air, in February last year, CenterStage unleashes a pool of great kiddie talents every Saturday. The Alden Richards-hosted show is gearing up for some major adjustments as the government-imposed protocols–prohibit children from going outside. Already racing towards its grand finale, the show is reportedly to do virtual shows to get it to a still satisfying farewell.

On Sundays, the Kapuso Network makes amateur talents shine, in a one-of-a-kind reality talent show. The greatest pretenders become winners. Hosted by Eat Bulaga mainstay, Jose Manalo, Catch Me Out Philippines, is a mystery-guessing game, where contenders try to learn a specific skill and perform it on stage to fool as many ‘celebrity spotter’ as possible. Those who can convince the most number of panel members will win.

TV5 and Viva Entertainment brings back Born to Be a Star, whose first season in 2016, which produced Shanne Dandan as the grand winner. Now presented by Matteo Guidecelli and Kim Molina, and has Georcelle Dapat-Sy, Sam Concepcion, Janine Teñoso, and Katrina Velarde as the jury’s panel, the singing talent search vows to find the next singing superstar in the country. So far, the ones the star agents found–have shown great potentials.

ABS-CBN, on the other hand, opted to bring back one of its biggest franchise shows. It’s the Philippines’ adaptation of the massive Korean talent show, Your Face Sounds Familiar. With Luis Manzano now serving as its main presenter, the singing and impersonation talent show excites with a new batch of celebrity contenders, who will battle with each other through weeks of transformation and electrifying song performances.

Following long months of mostly just movie blocks on weekends–it’s going to be a breath of fresh air having several new and exciting non-replay episodes on television, again. Which of these programs excite you the most?