FEBRUARY 2021 (HONG KONG) – 2020 has been an amazing year for LAY’s music. Not only did he release his fourth solo album “LIT” with twelve songs divided into two parts, but he also performed eleven new works on the variety TV show “CZR2 I’m a Singer-Songwriter”, nine of which formed the brand new studio album “PRODUCER”, out today.

Opening the show with lead single “Joker”, LAY displays both singing and producing talents, signalling the arrival of the next level in LAY’s career. 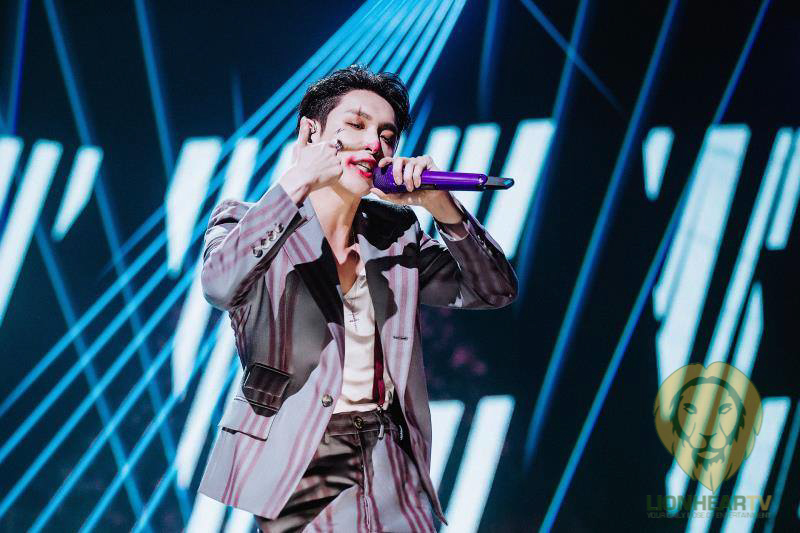 “Joker” was first shown to the world on “CZR2 I’m a Singer-Songwriter”, and fans have been heavily anticipating the official release of this track especially after its rise to global virality through TikTok’s Magazine Challenge earlier on in 2020. While the “LIT” album last year fully embodied the core direction of his music, the birth of “Joker” is like a ‘soul clone’, showing another crazy aspect of his heart. Using a clown as the main theme, “Joker” explores LAY’s feelings towards the protagonist Arthur Fleck in the movie “Joker”. LAY draws parallels between himself and this character, exploring the dual identities of ‘performer’ and ‘producer’, seamlessly blending the two to show the crazy world inside the head of a joker. The song, therefore, leads the audience to experience the world he has created, and to evoke the resonance in everyone’s heart towards real life, and to poke fun at rumours about him.

LAY has been the leading producer of his own music, and the culmination of this experience has become a concentrated display of this part of his identity. Through “CZR2 I’m a Singer-Songwriter”, fans witnessed the process of the birth of the nine works in “PRODUCER” from the demo to the studio version. While intricacies of the arrangement are constantly adjusted, the clear and strong sense of self-expression is the distinctive and unchanging characteristic that bleeds through all nine songs. From the noble “Love Lotus”, to the introspective “Joker”, from the enthusiastic “Children of Yan Huang” to the “Xiangjiang River” where fallen leaves return to their roots, “PRODUCER” opens up the doors once again for fans to appreciate LAY’s fusion-oriented M-Pop genre.

For music producers in the current day and age, LAY believes the challenge lies not in creating and finding new sounds, but rather how to accurately select the fitting sounds from the thousands of styles, genres and effects. In “PRODUCER”, LAY once again showcases the mindset of integrating of Chinese and Western styles of music. This album is another cross-cultural journey, blending traditional Chinese sounds with EDM, Hip-hop, Trap and more. Every sonic expression in “PRODUCER” showcases LAY’s distinct artistic considerations.

In addition to music, LAY’s producer identity continues to expand in other directions with the establishment of Chromosome Entertainment Group, with the goal of focusing developing new and young talent. This new venture not only sets out to train the next generation of Chinese idols, but also empowers artists to embody the essence of Chinese history and culture in their artistry.