Pasig City is indeed fortunate to have a mayor like Vico Sotto as he is currently being looked up to as an ideal leader our country needs. 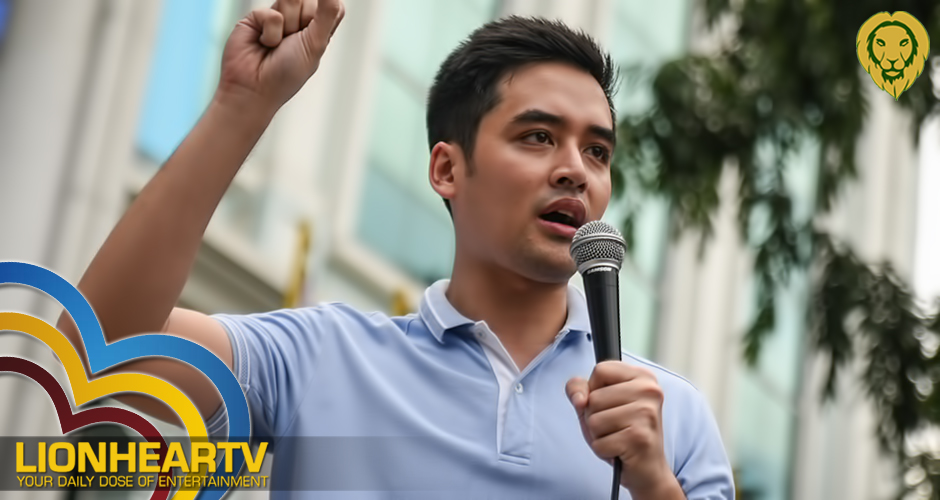 In her latest vlog, Alex Gonzaga featured Sotto who remained consistent in avoiding publicity like putting his face on tarpaulins or other projects. He believes that politicians do not have the right of placing their images in their projects because the funds came from the people’s taxes.

Sotto also cleared that the public should not have a debt of gratitude to the politicians once projects are accomplished. Tho, we can be thankful and grateful for good projects they’ve been doing.

With this, Mayor Vico again gained admiration from the netizens.

PBB Alumnus Justin Dizon believes that Vico is someone who must be idolized by the youth.

You can also be like that! You just have to start somewhere.

@ICHAEG0 tweets that “public service should be bare minimum for politicians” and that this is just want Sotto is doing and should not be praised solely for doing his job.

giving public service should be bare minimum for a politician and i don't wanna praise him for refusing to put his name on his projects cause that's the standard but with the amount of corrupt and greedy politicians,,, thanks for doing your job i guess??? https://t.co/yDOBOPViDs

Mayor Vico Sotto is just doing bare minimum yet here we are so dazzled. I guess because we’re so used to corrupt, epal, and opportunistic politicians that we almost forget the public service we deserve. He is that single ray of hope for good governance though. 😍 https://t.co/cDRUqODDzJ

Filipinos should set Mayor Vico Sotto as their minimum standard when it comes to public office. 👏🏻👏🏻👏🏻👏🏻 @VicoSotto https://t.co/q94pWSrRrz

Netizen @markizophrenia said, “the kind of consistency we need… we need more Mayor Vico Sotto in the years ahead.”

The kind of consistency we need💯💪

We need more Mayor Vico Sotto in the years ahead. pic.twitter.com/2AeAiJgb4U

How I wish there were more politicians/government officials that are like Mayor Vico Sotto. https://t.co/B9Vo8JbkF6

This is what we get when we elect a God-fearing leader who has no other agenda but to serve the people.

Mayor Vico Sotto has the heart of a TRUE public servant. 💓

Since winning against former Pasig Mayor Eusebio and ending his almost 30-year political dynasty, Sotto has been consistent with his policies. In 2019, Sotto right after his Mayoralty win, tarpaulins and posters congratulating his win and greeting him on his birthday with his face were seen posted all over the city. Vico initially thanked his constituent but asked them not to do it again in the future.

Recently, Vico was also praised for not taking credit for the scholarship program offered by the city of Pasig.

Sotto also reminded the scholars that they should not be indebted to the politicians because they are using the taxpayer’s money. Vico then advised them to do well in their studies so that the city’s investment will be worth it.

In terms of COVID-19 response, Pasig City is also ahead of other cities in the countries. In fact, they are the first city in the Philippines to have an approved vaccination plan.

As of writing, Gonzaga’s vlog entitled, “A Day with Mayor Vico” already garnered more than four million views on YouTube.