Premise: Daily contenders battle with one another and try not to be ‘gonged’ during a performance to secure a spot at the weekly finals which the winner goes through the succeeding rounds.

The no.1 amateur singing competition on Philippine television amps up the battle as it begins with yet another year of a grueling search for the most brilliant vocals in the land. Now on its fifth year, the longest-running singing talent search on local television, ‘Tawag ng Tanghalan’ returns with an exciting modified format. Following the completion of the competition’s fourth regular season last week, we saw the triumphant emergence of Metro Manila’s JM Yosures as its seventh grand winner.

Still maintaining the iconic gong (where to be rung symbolizes the end of a contestant’s attempt to win the competition), the show now follows a ‘matira-matibay’ format. On Mondays, four contestants battle with each other to secure one of the two spots who will compete the next day. Afterwards, two new contenders will sing to try to knock the defending winners off their spots. The cycle continues until Friday. On Saturday, the final two contenders occupying the spotlights battle it out to become the weekly finalist.  Every time a contender occupies or keeps his spot guarantees him or her a PhP10,000 prize. 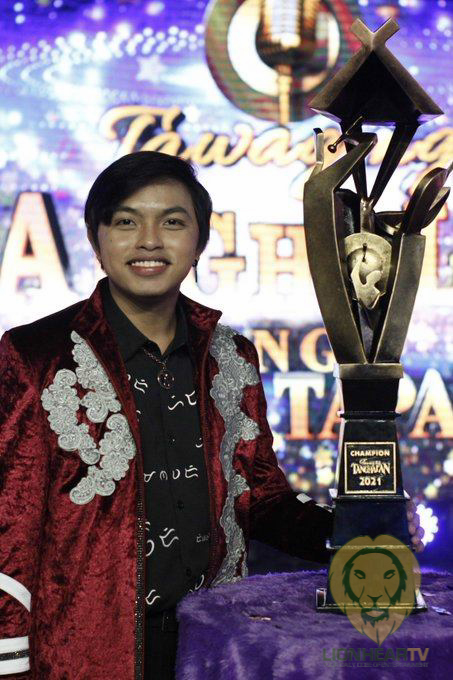 This challenge presents more thrills and excitement than the previous years adopted because of the pandemic. It now allows at least three contenders to compete each day for the golden microphone which is an improvement from only two contestants.

The new season, however, keeps the size of the judging panel where only three judges sit to assess the contenders’ performance. This choice is definitely to comply with the still persisting government protocols which discourage mass gathering. The show, nevertheless, maintains and observes strict social-distancing procedures, and other health measures at the set.

It is amazing to find that even after five years of being on-air, Tawag ng Tanghalan remains the biggest singing talent search on Philippine television. While it is true that much fewer viewers are able to watch the show, its magic remains the same. As more people are trying to access the show the same way more talented musicians still choose to join the competition, regardless of the presence of similar competitions on free-tv networks. Vice Ganda once claimed that the most talented singers are joining Tawag ng Tanghalan, and there are strong merits to it. Up to this date, VIce Ganda’s claim remains true as there is a bright promise that great talents will remain flocking the show after JM Yosures’ win.

Tawag ng Tanghalan is a segment of the noontime show, Its Showtime, which airs from Monday to Saturday on A2Z Channel 11, Kapamiya Channel, Kapamilya Online Live, and on streaming service, iWantTFC.